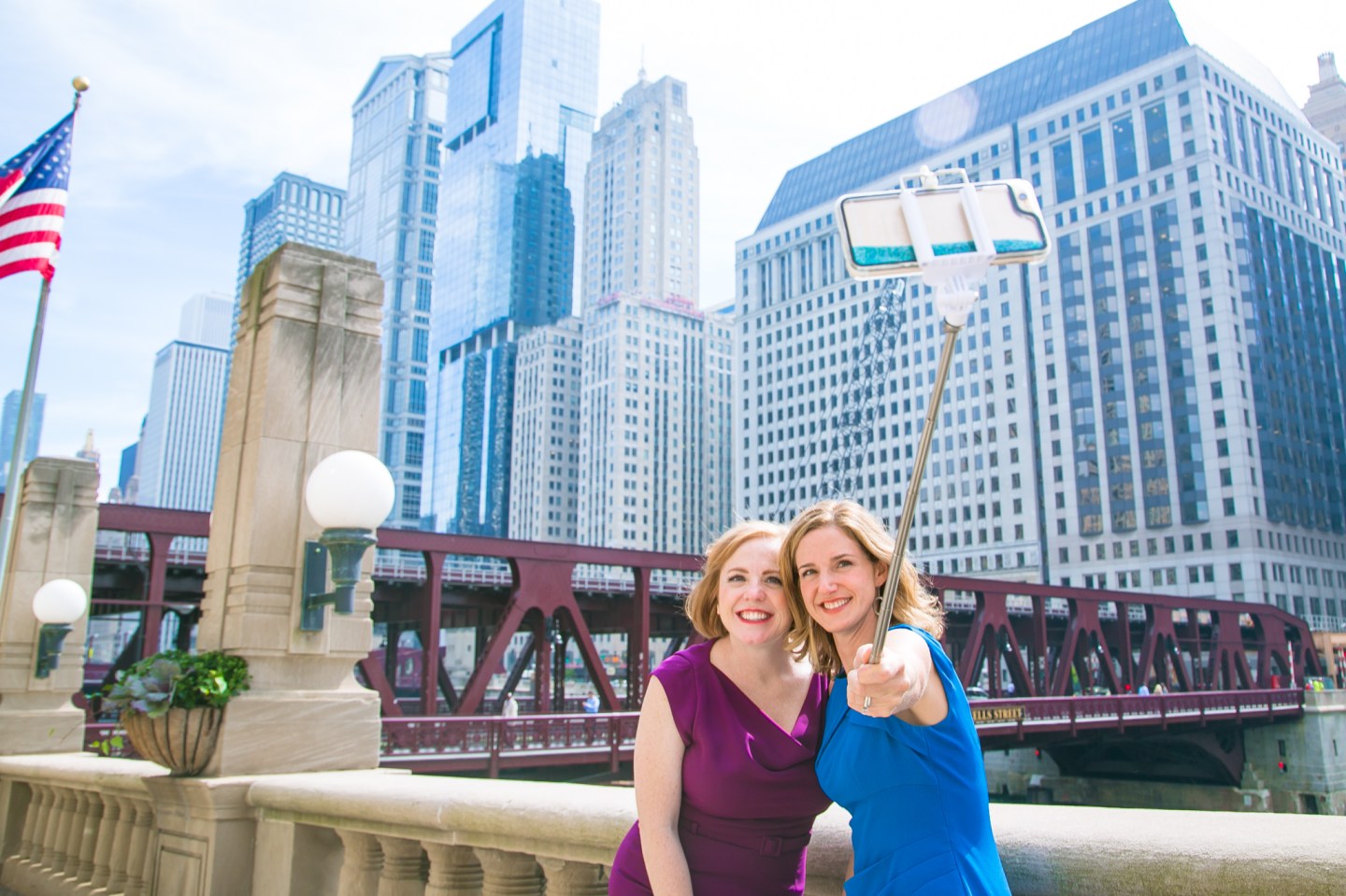 There are plenty of analytics startups mining insights from the photos posted on Facebook, Instagram, Snapchat, Twitter, and other social networks. An early-stage Chicago startup is focusing on a subset of those images: self-portraits, a.k.a. “selfies.”

Founded by childhood buddies Michelle Smyth and Kristen Holman, Pay Your Selfie does exactly that: pay people up to $1 per image to post photos of themselves completing certain tasks. Each image is chock full of quantitative data such as time of day, gender, or a specific location in someone’s home or office. But they can also yield qualitative insights such as a person’s emotional state, according to Smyth, who is the company’s CEO.

“It’s the people, places and products they love,” Smyth said.

Since selfies became a “thing” about three years ago, a growing number big brands have begun using them for marketing purposes. Among two of the better-known examples are Purina with its “dog selfies” and Dove with the “Real Beauty” campaign.

Pay Your Selfie is building out its own “selfie insights marketplace” where marketers can browse research that the startup has run itself. An ongoing campaign, for example, asks participants to post pictures of themselves with presidential campaign signs. But the startup also allows companies to sponsor contests, and marketers at Procter & Gamble, Johnson & Johnson, and Skinny Pop are among those testing the platform as part of their social media strategy.

For example, P&G’s toothpaste division ran an experiment asking people to share a selfie of them using their favorite Crest product. The results yielded some unexpected findings, including the revelation that many people brush their teeth between 4 p.m. and 6 p.m., before their evening meal.

“We viewed this as a social experiment,” said Kris Parlett, senior communications manager for P&G. “What came out of the month-long test was more value than anticipated.”

“The qualitative data that a picture can give us is so different than all of the numbers,” said another early customer, Alex Blair, an entrepreneur who owns four Freshii restaurant locations in the Chicago area.

Blair has used Pay Your Selfie to run several contests intended to gather information about favorite foods and recipes. Each photo that’s submitted can reveal other valuable information, such as the times of day when patrons are most likely to snack or ingredients that the restaurants might consider adding to its menus, he explained.

Companies pay a per-image fee for these insights, a price that varies depending on how many images they want to collect, Smyth said. While approximately 60% of those using the app are millennials (Pay Your Selfie doesn’t disclose user numbers yet), but the rest are what she described as “savvy savers” who don’t mind sharing information about how they shop.