Hillary Clinton’s Life Mystifies Americans Who Know Her Well, But Feel Like They Don’t 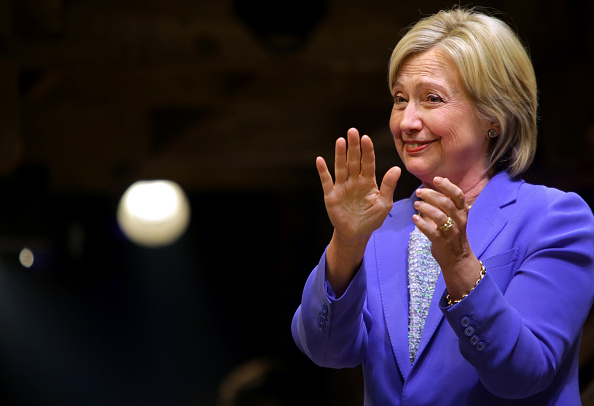 When she was about 14, Hillary Clinton says, she wrote to NASA volunteering for astronaut training.

NASA’s reply was simple and definitive: No girls.

“It was the first time I had hit an obstacle I couldn’t overcome with hard work and determination, and I was outraged,” she would write in her book, “Living History.”

More than a half-century later, and after much hard work, much determination, and most of all, many, many obstacles — some undeniably of her own making — Clinton is no closer to actual space travel. She may have to settle for becoming the first female leader of the free world.

Her journey — more than three decades in the public eye, and counting — has been unlike any seen in American politics: a story of great promise, excruciating setbacks, bitter scandal, stunning comebacks, and especially reinvention — of her own life, and as a result, of the role of women in government. It’s one that has fascinated not just her own country, but the world.

Americans first knew her as a governor’s wife and working mother in Arkansas, then as the nation’s first lady — famously claiming an office in the West Wing of the White House, not the East, as half of husband Bill Clinton’s “Buy one, get one free” bargain. Touched by scandal from Whitewater to Monica Lewinsky — but also carving out her own political identity — she emerged to become a hard-working senator, the first first lady to gain elected office. We knew her as the presidential candidate who suffered a stinging defeat to Obama in 2008, but proudly claimed “18 million cracks” in the glass ceiling.

Then she reinvented herself again, becoming Obama’s secretary of state, traveling almost a million miles to 112 countries. Finally, after much speculation, she announced her second run for the presidency.

We knew her so well by then.

Or not. Who WAS Hillary Clinton, and why, if we’d been watching her for so long, did we feel like we didn’t know her?

At least, that’s the persistent narrative. Perhaps it’s a question of layers. She’s had so many different roles, of course we’ve seen different facets of her. But there’s also a sense of impenetrability, exacerbated by her penchant for secrecy — a characteristic that has led to her greatest vulnerability in this election: the email scandal over her use of a private server.

For the last 14 years, and 20 overall, Americans polled by Gallup have named Clinton their most admired woman in the world. But consider some other titles attached to her over the years: Lady Macbeth. Washington insider. Robotic. Wildly ambitious. Congenital liar. (Or Donald Trump’s current favorite, “Crooked Hillary.”)

But also: Feminist heroine. Glass-ceiling breaker. The most prepared in the room. The most qualified presidential candidate ever. Loyal friend. Witty companion. Mom. Grandma.

“It’s an amazing life,” says biographer Carl Bernstein, who wrote a 600-page book on her and says he still struggles to define her. “You could not make any of this stuff up.”

There have been polarizing figures in politics before, but it’s hard to imagine any have been called as many things — wildly divergent things — as she. Does everyone simply have their own version of Hillary Clinton?