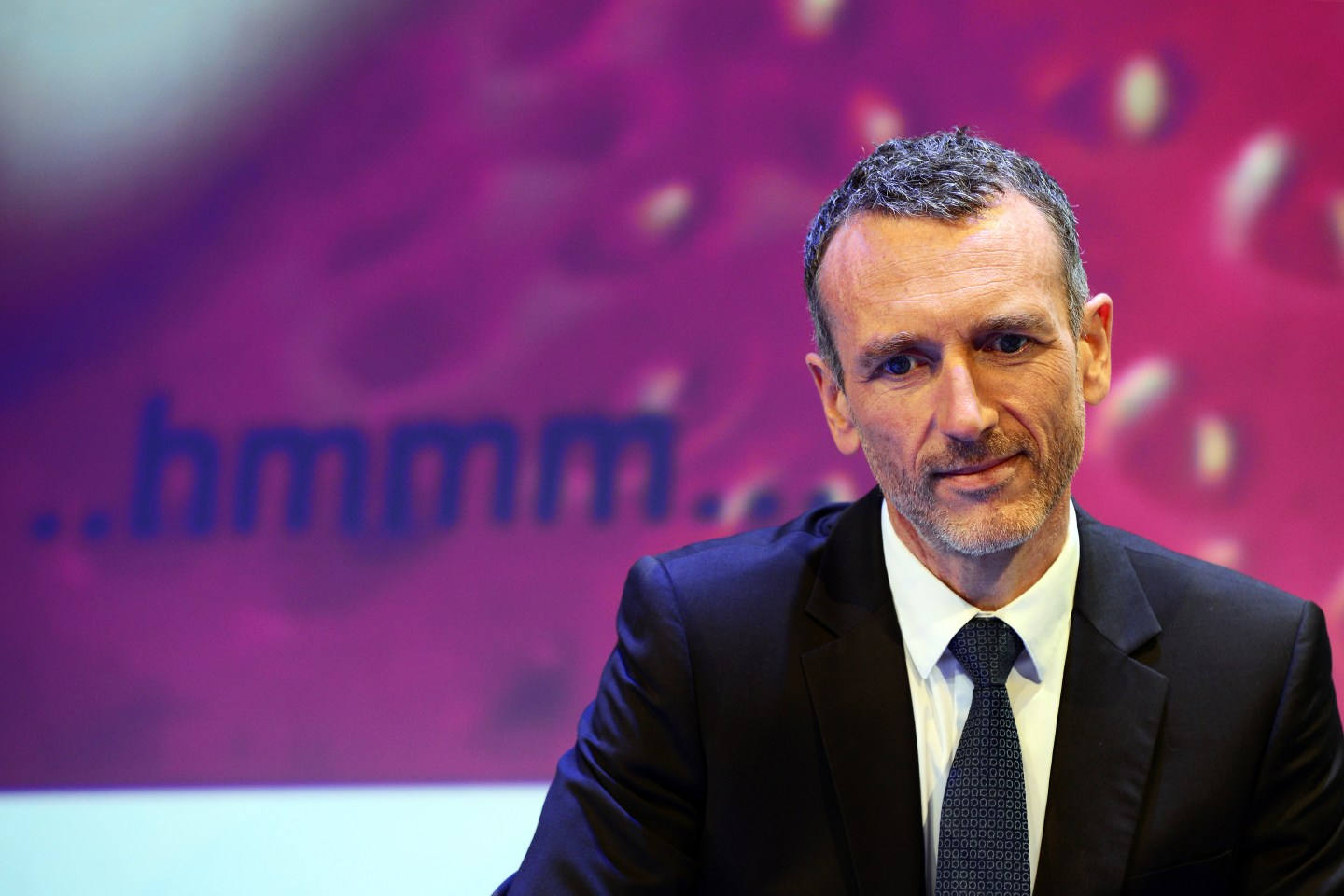 The management teams behind Danone and what would one day become WhiteWave first crossed paths in the early 2000s when both companies were entering the organic dairy market. Dean Foods (DF), which 13 years later would spin off WhiteWave, had just acquired Horizon Organic milk, and Danone had recently partnered with yogurt-maker Stonyfield.

Since then, “we’ve had this ongoing dialogue as colleagues,” says Danone CEO Emmanuel Faber in an interview with Fortune.

Last week the companies accelerated from talk to action as Danone agreed to buy WhiteWave (WWAV) for $10.4 billion. If the acquisition goes through, it will give the French dairy company a stronger foothold in North America with a combined $6 billion-plus in sales.

That provides Danone with what Faber calls a “unique combination:” high growth in a steady environment.

WhiteWave’s portfolio not only gives Danone access to the U.S., but also to its strong organic market—the world’s largest. Global sales of organic food are growing three times faster than conventional. To see the potential of the industry, Faber says, look at baby and toddler food—about half of the stock-keeping units are non-GMO or organic.

The deal, if completed, will be the latest in a growing list of tie-ups in the food world as the industry consolidates. Large U.S. food companies, struggling to address changing consumer tastes, have been acquiring small, entrepreneurial enterprises that specialize in “natural” and healthy fare. (For more, see “The War on Big Food.”)

Industry behemoths have also been combining simply for the sake of size, says Faber, which has led to a standardization that has “created long-term systemic risk on food security because you cannot have a food system that relies on a few crops.”

Faber insists that the Danone-WhiteWave union—the company’s largest acquisition in at least a decade—is different. Danone does not need WhiteWave to hit its 5% growth by 2020 target, he says, noting that the transaction would add only 0.5% to 1% additional growth annually.

“This is not a deal that we need to do,” says the nearly 20-year company veteran, who’s been at Danone’s helm for 18 months. “It’s a deal we want to do” because it supercharges what he calls the “revolution of alimentation”—essentially the company’s push for healthier and more sustainable options.

The acquisition combines high-end dairy and plant-based alternatives—two markets that might seem at odds. “I really believe there is completely space for growth of both,” he says, noting that the chilled refrigerated case in retail in the U.S. is only a third of the size as Europe.

The deal also gives Danone the chance to bring together expertise behind two different approaches to protein—one being dairy fermentation, the other the transformation of plants. Danone has already started combining these two methods in yogurt by mixing vegetable and dairy proteins. In India, for example, it’s done this by fermenting lentils and in Africa with millet.

In part because of its European heritage, Danone has been ahead of its packaged goods rivals in the U.S. when it comes to responding to consumers’ shifting tastes. The company is not part of Grocery Manufacturers Association, which has pushed for the current genetically modified organism (GMO) labeling bill that many members of the organic community feel does not go far enough.

Danone’s U.S. business, Dannon, has committed to labeling GMOs on the packaging of its products, which goes above and beyond the current bill that’s been passed by the U.S. Senate. The decision will enable consumers to be more aware of the growing systems behind their food, Faber says. “The focus on only one kind of agriculture here is creating issues of sustainability of the model,” he says.

The chairman and founder of Danone’s Stonyfield brand has been one of the loudest critics of the current GMO bill and has led the “Just Label It” campaign to clearly mark GMOs on packaging.

Faber sees the Stonyfield deal as a model for the company. The brand has been tripling in sales. “It was supported by Danone without being absorbed by Danone,” he says.