The Key to Tech Industry Diversity Is the White Male CEO 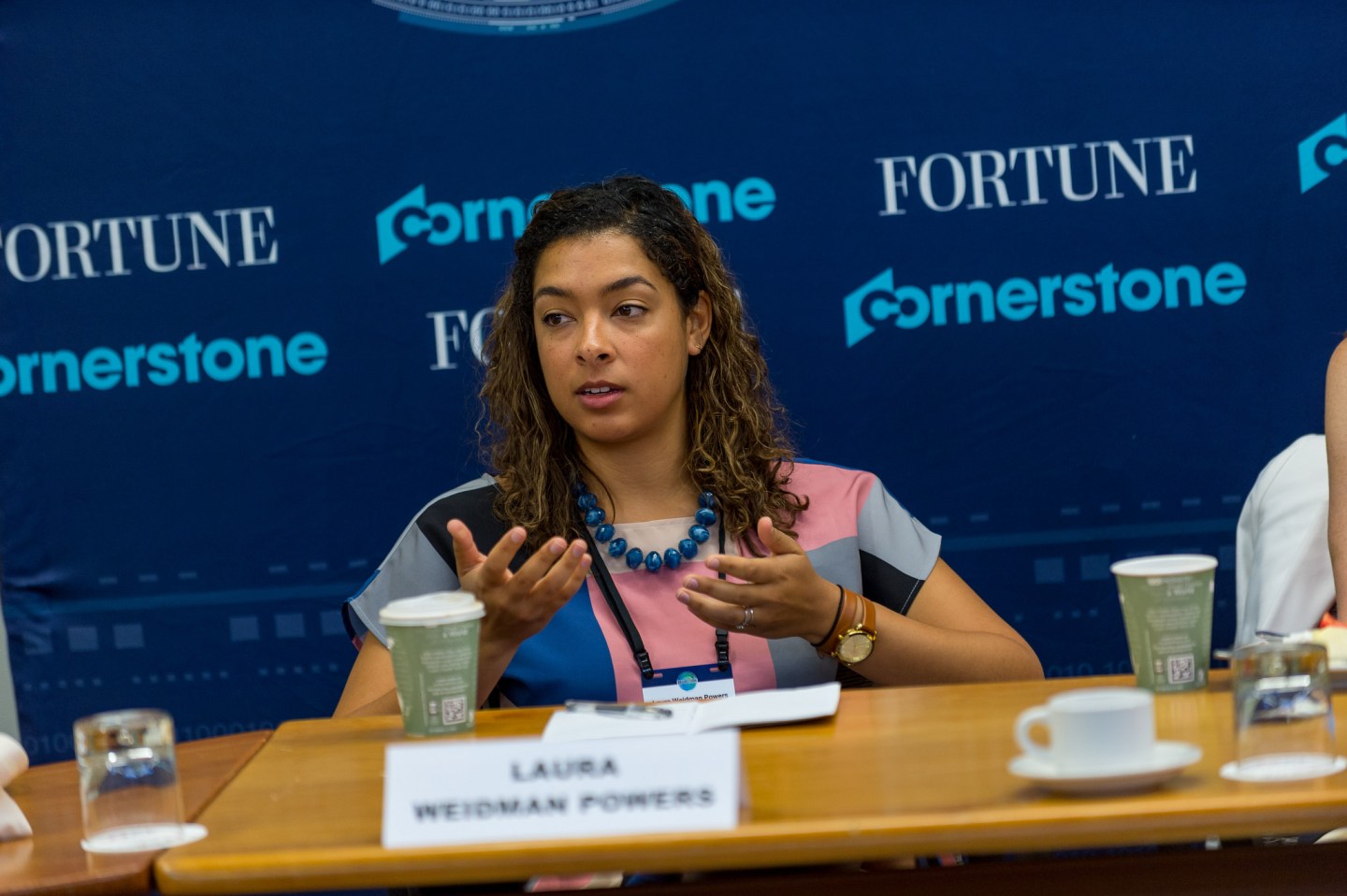 “How many white male CEOs are in this room,” asked former NBA commissioner David Stern from the back of the room, “versus the one for the China roundtable next door?”

Stern, who is white and male, had a point. Here at the annual Fortune Brainstorm Tech conference in Aspen, executives from startups and Fortune 500 firms alike assembled to discuss why corporate diversity remained so elusive. (Down the hall at the Aspen Institute, sessions about venture capital, the Internet of things, and the future of TV were also underway.)

But despite the intellectual firepower in the room—among them were HP chief diversity officer Lesley Slaton Brown, Twitter VP Jeffrey Siminoff, Code2040 CEO Laura Weidman Powers, NEA partner Melissa Taunton, and John Rice, the chief executive of Management Leadership for Tomorrow—a frustrating reality set in. If you really want to achieve diversity in the technology industry, you’re going to need support from those who are overrepresented. In tech, that’s the white male.

“If you have a diversity island pumping things out,” Siminoff said, “it’s not going to make damn bit of good.”

The problem? Whether focused on gender, sexuality, or ethnicity, too many diversity sessions preach to the choir. We talk about diversity and “often there are only men in the room,” Taunton said.

“I go to a lot of women conferences and diversity panels, and the people sitting at the table are those dealing with these challenges,” she said. “When white males in the U.S. stand up, that’s when real change will happen.”

The challenges of engaging this group are “hugely complex,” Weidman Powers said. For one, there are many white male CEOs in the technology industry who are already sensitive to these issues. “I have spent a lot of time with white male CEOs who genuinely care but are terrified about what to do,” she said. “Literally they say to me, ‘What should I do?’”

But their efforts can sometimes do more harm than good. After Black Lives Matter activist DeRay McKesson was photographed wearing a Twitter #StayWoke t-shirt as he was being arrested for protesting in Baton Rouge, Salesforce CEO Marc Benioff commented in a Tweet that the image illustrated how technology was a force for good. The sentiment was meant to be positive, but it rang hollow on Twitter, where he was pilloried for the comment. He apologized and deleted it, Weidman Powers said—but to his credit, he engaged with every one of his critics individually and encouraged further discussion.

“He responded in a way that felt very authentic,” she said. (Weidman Powers’ firm Code2040 works with technology companies, including Salesforce, to help them achieve corporate diversity.)

The same thing happened when Microsoft CEO Satya Nadella made an ill-advised comment about women’s pay at the annual Grace Hopper Celebration of Women Computing event in Texas. He clearly made a mistake—but his work to patch things up with Microsoft employees and people affiliated with the Anita Borg Institute, which puts the conference on, was notable, said the institute’s president and CEO Telle Whitney.

“I really came to admire the man,” she said, adding: ““I do feel that speaking the truth makes a difference.”

So what’s a white male to do? The panelists had a few suggestions.

Address the disparity through recruiting by reaching “to the perimeters of people who are really strong and really qualified,” Simonoff said. That’s not happening today, he added.

Create an environment where people can speak with their coworkers as issues flare up (such as the recent sexuality- and race-motivated shootings in Florida, Minnesota, and Louisiana) as well as create spaces where they can contemplate things by themselves, Taunton said. “It’s really important to give people a voice in the company and create an empathetic environment.”

Don’t expect diverse employees to shoulder the burden of the challenge, Slaton Brown said. They’re busy enough dealing with it themselves. “I don’t want to be a spokesperson at HP for Black Lives Matter,” she said. “We have people with different perspectives and views. Those matter.”

And finally: Fix the pipeline. Conventional wisdom is that getting minorities into college is sufficient, Rice said. It’s not. “If you could prepare a broader cadre of senior leaders in institutions, they will create a critical mass and be a catalyst for broader diversity,” he said.

There’s plenty of work left to do, Slaton Brown said.

“If this is our business review,” she said, gesturing at the faces around the room, “we should all be fired.”