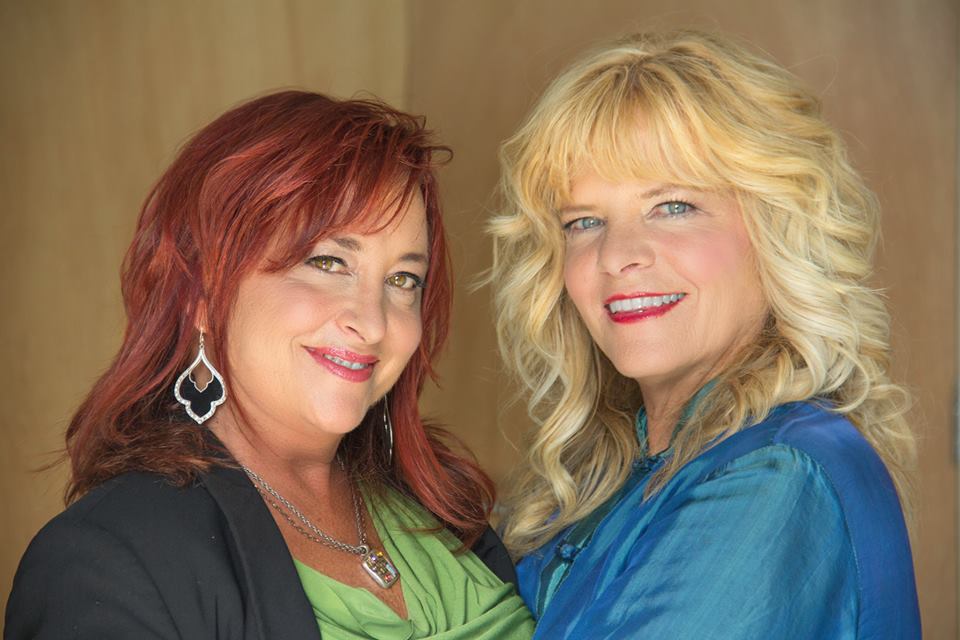 There is only one reality TV show where you can see contestants compete over money for pot-tinged business ideas like edibles infused with hemp oil, or a tropical timeshare where medical marijuana is readily available. That program is The Marijuana Show, a Shark Tank-like reality show where so-called “ganjapreneurs” compete for funding and guidance for their marijuana startups.

On a Tuesday afternoon last month, a room full of hopeful contestants, armed with their best pot-biz pitches, waited in the Wall Street offices of a public relations firm to pitch their startup ideas for a shot at an appearance on the show and more than $20 million of investors’ money. In a sunny corner office overlooking the heart of Manhattan’s Financial District, Wendy Robbins and Karen Paull—The Marijuana Show‘s creators, producers, and co-hosts—listened to a string of pitches that day, but the medical cannabis-focused timeshare in Puerto Rico was the only one that had the two women cheering enthusiastically, “We’re going to Puerto Rico!”

Robbins and Paull, a married couple from Taos, New Mexico, created “The Marijuana Show” two years ago and, now, their second season is finally available to stream on mainstream sites, Amazon and Apple’s iTunes store.

On those streaming platforms, viewers can pay $2.99 to view each half-hour episode, or $13.99 for the full season, which includes pitches ranging from a Florida man who made a car out of cannabis hemp to a 10-year-old boy from Phoenix who makes pet treats using oils derived from cannabis. Paull told Fortune she thinks 10 million viewers is a realistic goal for the second season with their streaming partners.

And, while Robbins and Paull seem happy to market the show as “Shark Tank” for the pot industry, if only to provide an easy reference point, they’re also quick to point out a stark difference in the two shows’ tones. “It’s like a heroes’ journey,” Paull said of The Marijuana Show. “I kind of liken us more to Shark Tank meets American Idol, because we also do a lot with developing a person’s self-esteem [and] their ability to vet numbers.”

Meanwhile, Robbins, an Emmy-winning TV director, and Paull, a former exec at Snapfish, the digital photo service, are currently busy filming a third season of the show in locations across the country—Los Angeles, San Francisco, New York, Washington, D.C. Medical marijuana is now legal in 25 states, while recreational pot is legal in four states (plus Washington, D.C.) with several more states set to vote on legalizing the drug come November. Analysts estimate that legal marijuana sales in the U.S. could reach nearly $22 billion by 2020—potential growth that is enticing to entrepreneurs looking to cash in on the legal pot market.

READ: How Legalized Marijuana Is Sweeping the U.S.—in One Map

The DEA Will Soon Decide Whether it Will Reschedule Marijuana

Microsoft Gets into the Cannabis Compliance Business

Like on ABC’s Shark Tank, the program The Marijuana Show hears pitches from entrepreneurs looking for investments to help them turn their big business dreams into reality. The main difference, aside from The Marijuana Show‘s obvious focus on the cannabis industry, is that the producers and co-hosts aren’t typically the ones investing in the businesses presented on their show, or partnering with their contestants, like Mark Cuban and the other Shark Tank hosts.

Instead, Robbins and Paull are mostly vetting contestants’ ideas before finding potential matches within the show’s pool of accredited investors, which includes business owners and venture capitalists, such as cannabis industry research firm New Frontier Financials and Denver-based marijuana dispensary operator Caregivers for Life. Still, entrepreneurs can potentially reach other investors who watch the show; the creators claim roughly 3 million people watched their first season—though it was only available to stream on their website, along with a handful of other cannabis-focused sites.

“Basically, we’re an accelerator and the show is a marketing platform for their products and their company,” Paull said.

But, perhaps the biggest difference between this show and Shark Tank is Robbins and Paull tend to be champions of the contestants, rarely offering harsh appraisals. That was on view when Fortune watched the show’s New York auditions for the third season. Although Robbins and Paull gave some contestants more enthusiastic reception than others, the hosts didn’t reject any outright—they promised to follow up with every company.

It wasn’t a very shark-like atmosphere, but that seems to be exactly what The Marijuana Show wants.

“We don’t want to belittle and berate people and embarrass them,” Robbins said. “We’re really trying to create more of a community.”

Paull adds that she and Robbins don’t take themselves “as seriously” as the Shark Tank hosts (and, she even pokes fun at the Sharks’ over-serious opening credits, where they stand, arms folded and mean-mug for the camera).

While The Marijuana Show‘s first season came together more or less on the fly, that season still resulted in a handful of actual investments, the biggest being a $5 million offer to BioTrackTHC, a Florida-based tech company that makes software to track marijuana plants from “seed-to-sale” in compliance with states’ regulations. In a segment of the industry that is seeing increased competition—Microsoft recently entered the mix—BioTrackTHC already has government contracts to provide its software to businesses in five states, including Hawaii and Washington.

For its second season, the show offered $13 million in total investments to its contestants, and the show’s creators say they have “at least $20 million” on tap for the season they’re currently filming.

Robbins and Paull said they plan to create a private equity fund—with a $50 million cap and room for a few dozen investors at a minimum investment of $500,000 each—that will go toward funding investments for third-season contestants. The show’s creators also hope to add a crowdfunding element that would allow viewers to contribute to certain startups after watching contestants’ pitches on the show.

The third season of The Marijuana Show will also feature some celebrity cameos, with hip hop mogul Russell Simmons joining the show. “We’re using him more as an advocate and as a celebrity mentor,” Paull said. Former NFL running back Ricky Williams—who has championed marijuana’s potential medical applications for athletes—will also appear on the show’s third season.

So, what types of businesses and ideas do Robbins and Paull still find the most enticing? They said the edibles market is too saturated and see opportunities for packaging for marijuana products, laboratories that test cannabis products and ancillary businesses that don’t sell or handle actual pot products but support marijuana business owners. What turns them off? If entrepreneurs “don’t know their numbers, their financials, their valuation, we’ll most likely ask them to come back another time,” Paull said.