How Airbnb Could Compete With Hotels During the U.S. Political Conventions 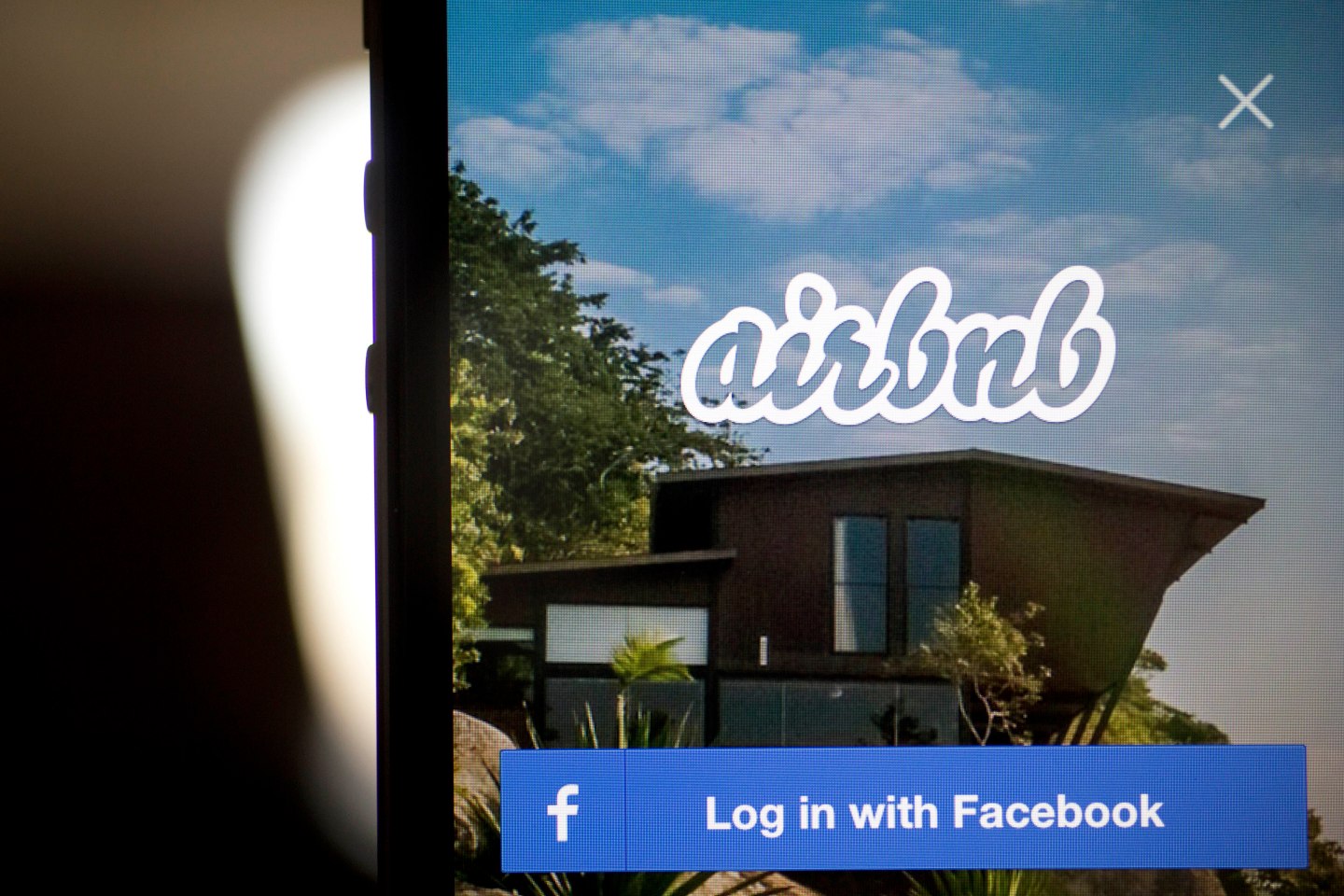 The Airbnb Inc. application is displayed on an Apple Inc. iPhone in this arranged photograph in Washington, D.C., U.S., on Friday, March 21, 2014. Airbnb Inc. is raising money from investors including TPG Capital in a financing round that would value the room-sharing service at more than $10 billion, said people with knowledge of the deal. Photographer: Andrew Harrer/Bloomberg via Getty Images
Photograph by Andrew Harrer — Bloomberg via Getty Images

This year’s U.S. Republican and Democratic conventions may prove what hotels have long feared: They could lose a consistent windfall to Airbnb and other home-sharing services.

Normally, hotels would be cashing in on the combined 100,000 people expected to flood Cleveland for the Republican presidential nominating convention next week and Philadelphia for the Democratic gathering July 25-28.

But because of what hoteliers call “shadow inventory” from home-sharing brokers, they may not be able to get the convention-week markups they collected in the past, and that could foreshadow a rate-shaving trend as peer-to-peer rentals grow.

Airbnb, which expects 5,400 rentals for the two political conventions, is also helping people find lodging in Brazil in August for the Summer Olympics, the next big event to watch.

Jeremy Adkison, a 28-year-old delegate to the Democratic convention, said he decided to try Airbnb because he thought a hotel would cost too much.

The Emporia, Kansas, resident paid $442 for a five-night stay at a townhouse near the convention site.

Hotel rooms are still available in Philadelphia, albeit at those higher rates Adkison sought to avoid. The Marriott Courtyard Philadelphia, for example, is advertising rooms for $989 a night, triple its normal rate.

This is not out of the question for what the trade calls a “compression” period. These times of peak demand, typically associated with a nearby event, contribute 25% to 30% to hotels’ annual profits.

Marriott International (MAR) representatives did not respond to multiple requests for comment.

“Airbnb is hurting the ability of (hotel) companies to collect on high-priced nights,” said C. Patrick Scholes, managing director of lodging and leisure equity research at SunTrust Robinson Humphrey Inc. The impact is difficult to quantify, however, he added.

Research firm TravelClick found hotel rates in Cleveland and Philadelphia had risen 20.7% for the 2016 convention months from a year earlier.

That is solid, but well below the 34.75% increase in Tampa, Florida, and Charlotte, North Carolina, during the 2012 convention months, according to CBRE Hotels, another research firm.

To be sure, hotel companies are reporting brisk convention business for 2016.

The Loews Philadelphia Hotel (L) is 100% booked, spokeswoman Jaimi Blackburn said, adding that most others in the city and immediate area are as well.

Philadelphia and Ohio industry associations said both political parties negotiated rates early for many of their delegates, so the hotels were not getting maximum prices for those rooms.

Airbnb has always been linked to big events. The company’s founders came up with the home-sharing idea after a 2007 design conference in San Francisco led to full occupancy of all hotels there, and Airbnb introduced its platform in 2008 for the Democratic National Convention in Denver.

The sector, which also includes smaller companies HomeAway and FlipKey, has been growing rapidly. Roughly 10% of business travelers will use one of those services in 2016, up from 8% in 2015, consultancy Atmosphere Research Group in San Francisco estimated.

In the past, though, these services have not meaningfully affected compression periods, when hotels can charge premiums averaging 26%, according to Morgan Stanley researchers.

“That may have changed,” with the number of nights qualifying as compression down 24% in the first five months of 2016 from a year earlier, the analysts said.

UBS Group (UBS) said the decline in compression nights, in part due to Airbnb, could reduce hotels’ revenue growth rates by almost a third in 2016.

Of course factors besides the Airbnb impact are at play. New hotels are being built, and a slower global economy is likely to hit the companies’ ability to profit from compression periods, said Jan Freitag, senior vice president at industry data provider STR Global.

To learn more about why Airbnb has been so successful in Cuba, watch:

Analysts soon will be looking beyond the U.S. political conventions to the next big test of hotels’ ability to capitalize on a big event: the Summer Olympics in Rio de Janeiro, where Airbnb is an official accommodation provider.

Airbnb said 30,000 people had used its service to find places to stay during the Games, while there are fewer than 60,000 hotel rooms in Rio.

Fear of the Zika virus or global economic weakness could keep travelers away from the Olympics, but the Airbnb effect is “a valid potential overhang” for hotels, said S&P Global Market Intelligence analyst Tuna Amobi.

“There is a lot more supply of alternative accommodation,” Amobi said, “which arguably wasn’t the case in the last Summer Olympics.”