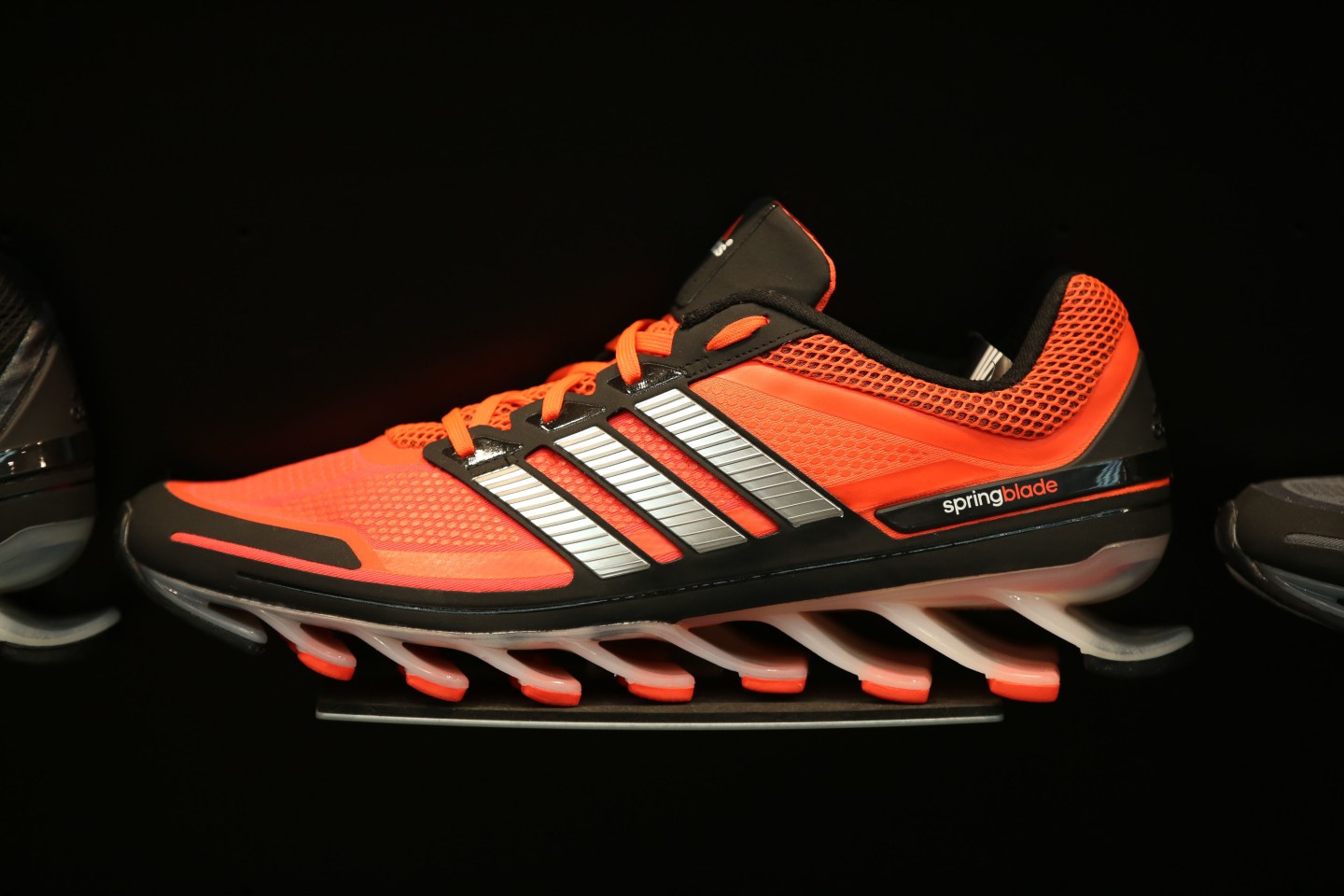 An Adidas Springblade running shoe sits on display inside the Adidas AG sportswear store in Moscow, Russia, on Friday, May 2, 2014. Adidas forecast 2014 profit as much as 17 percent below analysts' estimates as the weakness of currencies such as the Russian ruble and Argentine peso weighs on the world's second-biggest sporting-goods maker. Photographer: Andrey Rudakov/Bloomberg via Getty Images
Photo by Bloomberg

Adidas has filed a patent infringement lawsuit against Skechers. The German sportswear maker says the smaller rival has been selling shoes that feature technology found in its Springblade line of footwear.

The lawsuit, filed in an Oregon District Court, claims that Skechers (SKX) violated Adidas patents by selling several shoes under the Mega Flex and Mega Blade lines that purportedly “copied Springblade technology.” The Springblade first debuted in 2013 and featured 16 forward angled, highly elastic blades on the bottom of each shoe. Adidas said it invested heavily in the technology, one of two notable innovations it debuted around that time. (The other is its popular Boost line.)

“We will not stand by and allow others to blatantly copy our products and infringe on our valuable intellectual property,” Adidas said in a statement. “These shameless imitations tarnish the reputation of our brand.”

A Skechers representative didn’t respond to a request to comment on the litigation.

It isn’t the first time Adidas and Skechers have found themselves in a legal tussle over shoe design. In the fall of 2015, Adidas sued over a sneaker it claimed was a lookalike version of its Stan Smith shoe. A court earlier this year granted Adidas a preliminary injunction in that case that prevented Skechers from selling two styles that had at that time been discontinued, as well as from using the word “Supernova” in a third style. Skechers at the time downplayed the complaint’s significance, saying the styles weren’t at all important to the brand’s commercial operations. It also indicated it would appeal the ruling.

In the more recent case, Adidas is seeking a preliminary injunction, as well as compensation for the alleged infringement.