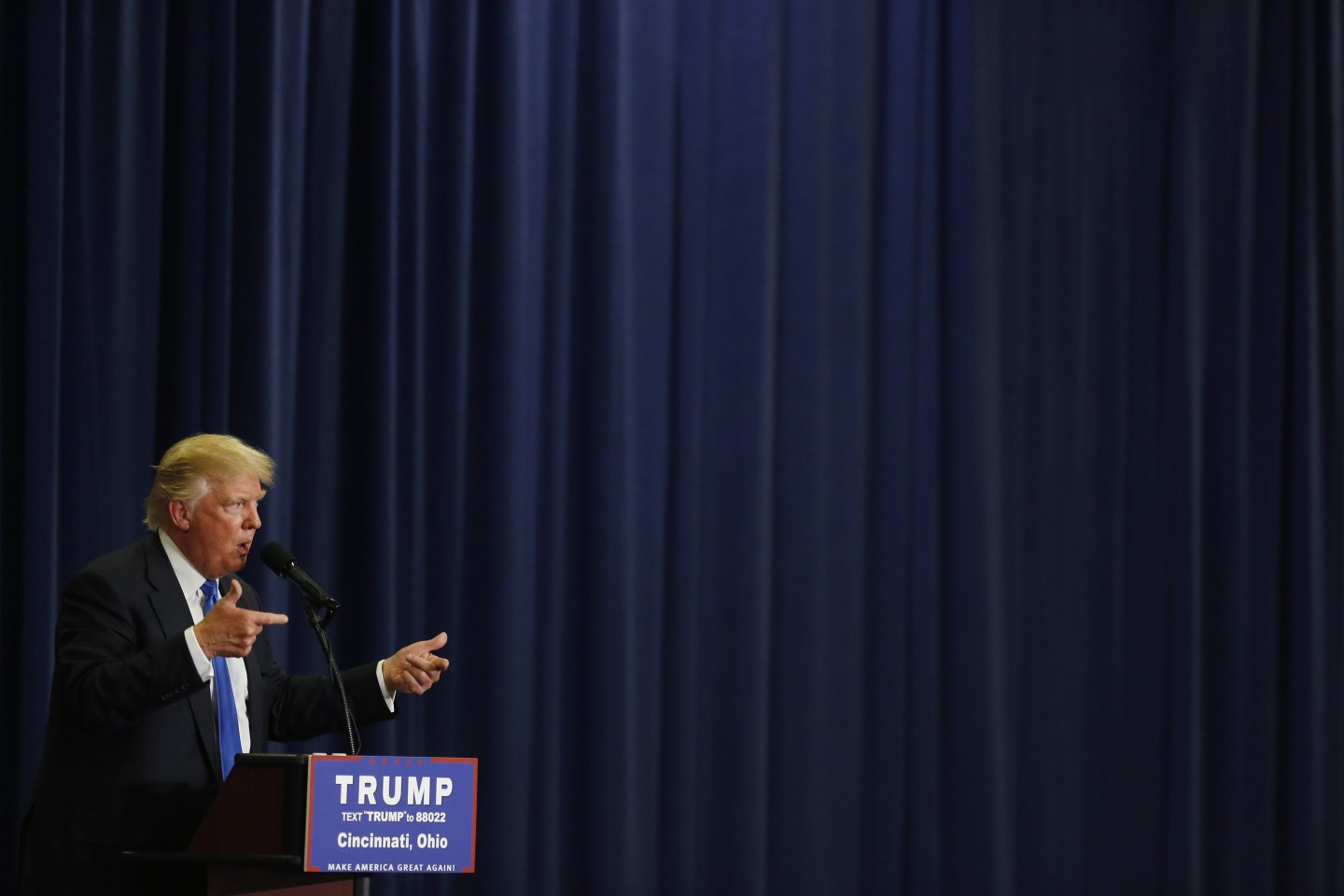 Donald Trump, presumptive Republican presidential nominee, speaks during a campaign event in Cincinnati, Ohio, U.S., on Wednesday, July 6, 2016. Tennessee Senator Bob Corker has withdrawn his name from consideration as Trump's running mate, a move that deprives the Republican establishment of a contender who could have added experience and gravitas to the ticket. Photographer: Luke Sharrett/Bloomberg via Getty Images
Photo by Luke Sharrett—Bloomberg via Getty Images

In a complete departure from what many insider Republicans are hoping for, Donald Trump is reportedly vetting a retired U.S. Army lieutenant general and registered Democrat as his running mate.

The presumptive Republican nominee is considering Lieutenant General Michael Flynn as his potential vice presidential pick, four sources close to the process told the Washington Post. Flynn was the director of the Defense Intelligence Agency between 2012 and 2014, before essentially being forced out by the Obama administration over disagreements about his management style and goals for the agency. Unsurprisingly, though Flynn is a Democrat, he’s an outspoken critic of President Obama.

“Trump-Flynn. I’ve heard him say that, kind of test out the sound of it,” one source told the Post “I think it’s a brand he finds appealing.” Trump has previously said that he’s likely to choose a running mate that would appease Republican insiders, though sources say that he likes the idea of a “tough and steady” presence.

According to Trump, Flynn isn’t the only retired military figure that he’s vetting. “I like the generals. I like the concept of the generals. We’re thinking about—actually there are two of them that are under consideration,” the candidate told Fox News. He’s been said to also be considering retired General Jack Keane, though Keane told the Post that he isn’t interested in the position and advised against a military VP pick. “We have sufficient political class, and the military doesn’t have to get involved in high national office,” he explained.

Flynn hasn’t confirmed or denied that he’s on Trump’s shortlist. “Al I would say is that I have been honored to serve my country for the past three decades and look forward to serving in other ways now that I am retired from the U.S. Army,” he told the New York Post. “I’ve been a soldier too long to refuse to entertain any request from a potential commander in chief.” Trump similarly hasn’t confirmed or denied the claim, telling the Post, “I have a lot of respect for General Flynn, and his advice is important.”

Trump’s campaign could not immediately be reached for comment.