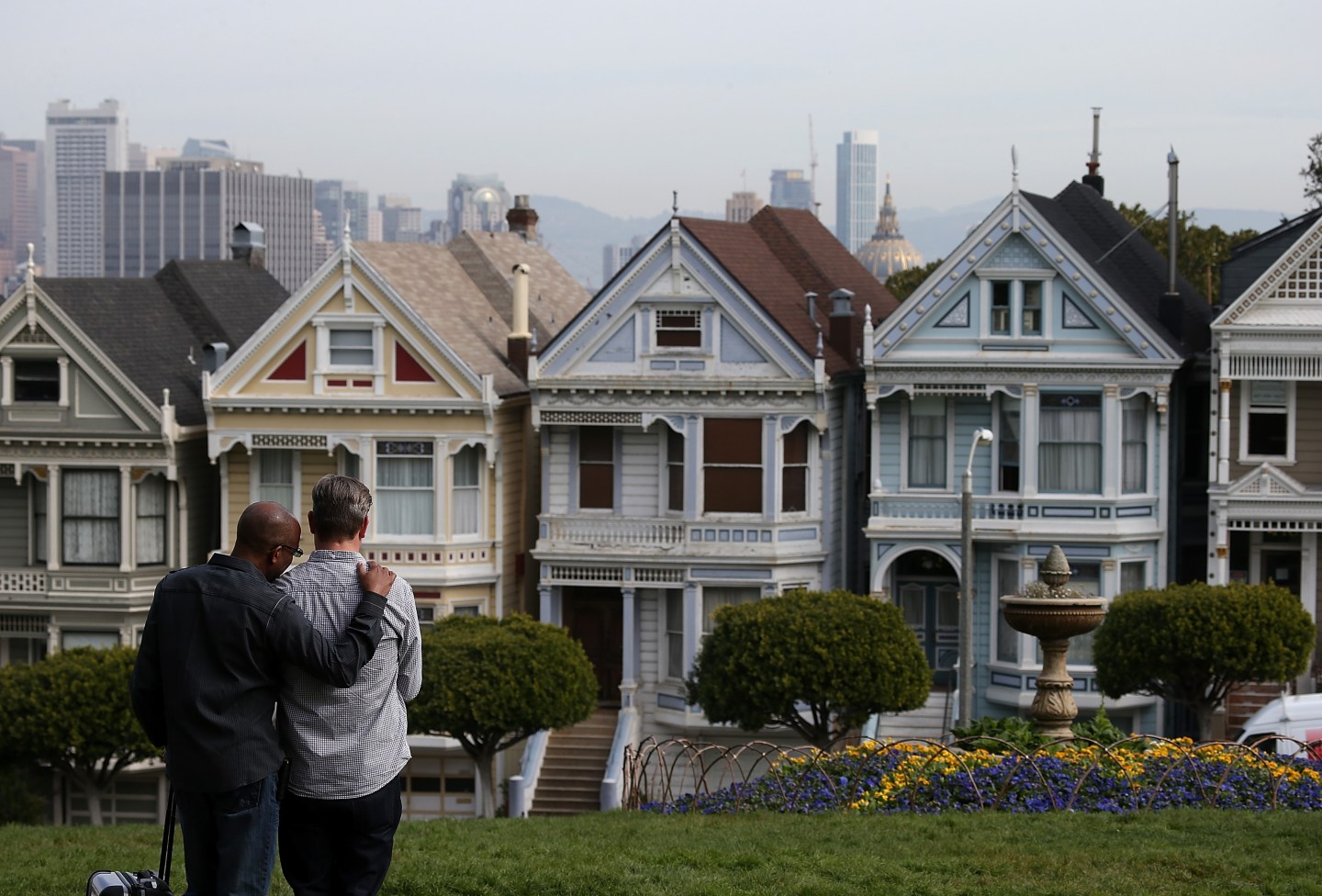 SAN FRANCISCO, CA - FEBRUARY 18: People stop to look at San Francisco's famed Painted Ladies victorian houses on February 18, 2014 in San Francisco, California. According to a report by mortgage resource site HSH.com, an annual salary of $115,510 is needed to purchase a house in San Francisco where the median home price is $682,410. The report included 25 of the nations largest metropolitan cities with Cleveland, Ohio being the cheapest with a needed salary of $19,435 to purchase a home. (Photo by Justin Sullivan/Getty Images)
Photograp by Justin Sullivan—Getty Images

Which is why following the U.K.’s decision to exit the EU, bond yields tumbled as investors sought a safe haven, while U.S. mortgage rates also slid to near all-time lows. According to mortgage giant Freddie Mac on Thursday, the 30-year-fixed-rate mortgage averaged about 3.41% this week—down from 3.48% a week ago.

But although bond yields have been tumbling since the U.K. decided to exit the EU, it doesn’t seem as if mortgage rates are falling in step, the Wall Street Journal reported.

“Mortgage rates right now should be at least 3.25%, if not lower,” said Guy Cecala, publisher of trade publication Inside Mortgage Finance to the Journal while referencing the 30-year fixed-rate mortgage.

That comes below even the lowest rate ever recorded— 3.31% for the 30-year-fixed-income mortgage in November 2012.

These higher than expected mortgage rates might have something to do with the banks. Profits for financial institutions fall when interest rates decrease, since a lower rates mean bank lend money out at a lower price.

In early 2012, when banks were juggling lower bond yields alongside a mortgage-refinancing wave, they held their ground against lowering mortgage rates in a bid to keep that side of revenue up, the Journal reported.

Something similar might be the reason why while mortgage rates aren’t falling to, say, 3.17%—the number the 30-year mortgage rate would be at today, if the difference between the 30-year and 10-year treasury yield had stayed at its average level from over the past 10 years.
Granted not all banks are equal.
While Wells Fargo might see a meaningful change in its revenue from higher mortgage rates, others, including J.P. Morgan, which lend far fewer mortgages, might benefit less.