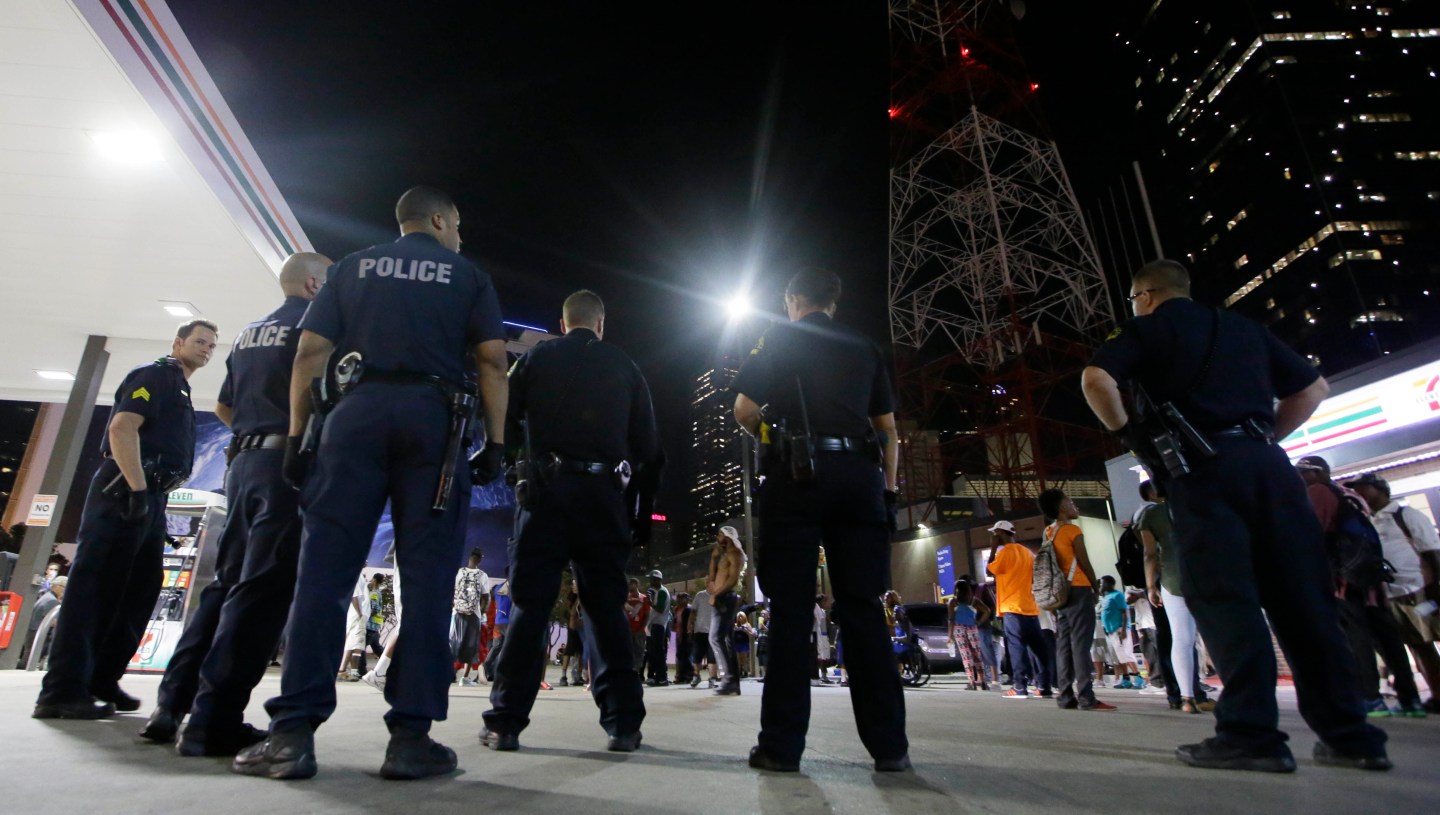 There have been plenty of newsworthy incidents in the past that were caught on video by a bystander and streamed live on a social network or through an app. But it’s hard to remember a week like this one, with so many terrible reminders that we live in an era of always-on, real-time media—and just how chaotic and complicated and disturbing that can be.

The upside of a world in which everyone has a camera, and can perform essentially the same function as a journalist, is that we can see events unfolding in an uncensored and unfiltered way. That can bring with it a kind of horrible truth, but it can also create a fog of uncertainty.

While the use of video-streaming tools like Facebook Live can create a compelling real-time record of news-worthy events—a rough draft of history, as someone once said of newspapers—it also raises questions about how platforms like Facebook (FB) and Twitter (TWTR) handle that kind of information.

What responsibilities do these companies have as the new gatekeepers for news? And what responsibility, if any, do we have as users when it comes to sharing that content?

Facebook Live video has completely changed media forever and it's done it in less than 3 days.

The week began with the death of Alton Sterling, a 37-year-old black man who was shot multiple times by police in Baton Rouge, Louisiana as he lay on the ground outside a convenience store. Police described it as a reasonable use of force, but videos shot by witnesses painted a very different picture of a man already subdued, with no gun in sight.

Less than 48 hours later, another black man was shot by police as he sat in a car in Minneapolis, having been pulled over for a broken tail-light. Philando Castile’s girlfriend broadcast the aftermath of the shooting on Facebook Live, including a polite discussion with the officer about her dying partner, and some heartbreaking comments from her 4-year-old daughter, who watched the whole thing from the back seat.

Diamond Reynolds later said that she live-streamed the incident on Facebook because she “wanted it to go viral,” so that everyone would understand the kind of treatment black people in the U.S. are routinely subjected to at the hands of the police.

On Thursday night, shots rang out during an otherwise peaceful protest in Dallas, and within a matter of minutes three police officers were dead—two more would pass away in the hours following what turned out to be an orchestrated sniper attack. Multiple bystanders streamed video on Twitter and Facebook as it was happening, with bodies lying in the street.

At one point, the Dallas police department released a picture of a man they called a suspect. Within a matter of minutes, Twitter users had identified him in one of the eyewitness videos—clearly not involved in the shooting—even as the police message was being retweeted tens of thousands of times, and TV news channels were still calling him a suspect.

Your suspect is on video not doing a damn thing @DallasPD pic.twitter.com/Wc4Vuvkp8W

All of these events are testimony to the power of live reporting, and what some like to call “citizen journalism.” In a sense, by watching and sharing these photos and videos, we all become instant eyewitnesses to the deaths of these young black men—and to the often wide gulf between the “official” story of what happened and the murky truth.

This brings the reality of life in the 21st century into sharp relief, which is a good thing—even if it doesn’t always feel that way while it is happening. It allows us to bear witness to things like systemic racism and violence in a way that was never really possible before. But it can also whip up hysteria in an instant and fan the flames of violence and mistrust.

Twitter makes TV look so slow even when it's live TV. CNN is building a case against a guy that Twitter has already exonerated.

While social tools like Reddit have been rightly blamed in the past for the misidentification of suspects during events like the Boston bombings in 2013, Twitter demonstrated on Thursday night that a group of smart people paying attention to the blur of real-time video and photos can sort fact from fiction a lot faster than a team of journalists working for a traditional TV network.

In some ways, the rise of ubiquitous smartphone video and eyewitness journalism has made the world seem like a much more chaotic and dangerous place than it used to be.

It was easier to believe that everything was under control when we got our news through one or two professional media outlets, manned by avuncular TV anchors and seemingly omniscient columnists and editorial writers. Now, the news comes at us in a thousand different ways, from people we barely know—and much of it is live and unfiltered and disturbing, and raises more questions than it answers.

Is it better to live in this way because at least we know more about what is going on around us, and we get a tangible sense of the violent state of the world? Or does it make things worse, and create more problems for society than it solves? In a way, those questions are all moot—we are living it, and we will have to figure out the rules (if there are any) as we go.