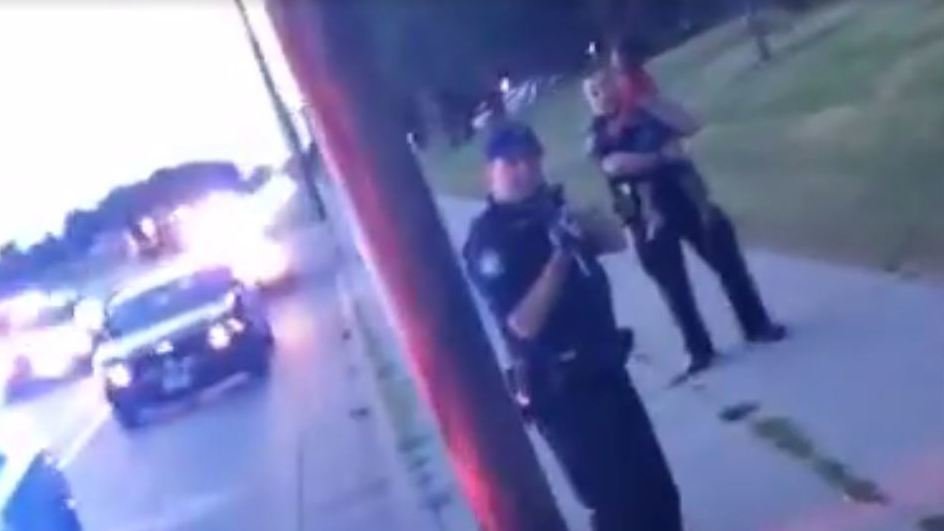 Sometimes, the ubiquity of smartphone cameras brings us touching moments from our friends’ lives or the unintentional joy of a Chewbacca Mom video. Other times, it brings death in close—to the point where it is impossible to ignore—as it did on Wednesday night when a woman in Minneapolis broadcast the death of her boyfriend in a police shooting using Facebook’s live-streaming video feature.

Although the video posted on Facebook Live by Diamond “Lavish” Reynolds doesn’t show the actual shooting, it does depict her sitting in the passenger seat of a car with her boyfriend Philando Castile slumped next to her, bleeding from his stomach. He later died in hospital.

By Thursday morning, the video had more than 2.7 million views. The stream disappeared from Facebook (FB) at one point on Wednesday, but the social network later said that was an error and access to it was restored with a warning about the graphic content.

As a police officer holds a gun on Castile, who is covered in blood, Reynolds calmly describes how she and Castile and her 4-year-old daughter were pulled over for having a broken tail-light. She says Castile informed police that he was licensed to carry a firearm but was trying to produce his ID when the officer opened fire and shot him in the arm and stomach.

“They killed my boyfriend,” Reynolds says as she films herself talking into the camera, while periodically turning to show Castile and the officer holding a gun pointed at him. “He was trying to get out his ID and his wallet out his pocket. And he let the officer know that he was—he had a firearm, and he was reaching for his wallet. And the officer just shot him.”

The video continues as Reynolds gets out of the car and is forced to kneel on the ground, where she is handcuffed. Her phone falls to the ground, but the camera continues to broadcast and a police officer can be heard swearing. Later, Reynolds cries “I can’t believe they did this!” and her daughter says “It’s OK, mommy. It’s OK, I’m right here with you.”

In a second Facebook Live video, Reynolds says that she live-streamed the incident because she wanted it to “go viral” in order show the world the reality of police violence. “I wanted it to go viral so that people could determine themselves as to what was right and what was wrong,” she said.

This appears to be the first time that the death of someone shot by police has been broadcast using Facebook’s live video feature, but it’s the second time a shooting death has been streamed live on the social network. Last month, Antonio Perkins broadcast his own death in a Chicago shooting.

In a broader sense, these incidents are just part of the new reality of ubiquitous smartphone cameras, and the ability to broadcast video instantly from almost anywhere. In some cases, that means we get live journalism from citizens in places like Turkey and Iraq, and in others, it means that we get live-streaming evidence of racism and violence in the United States.

Just a day before Castile’s death was broadcast on Facebook, bystanders filmed the police shooting of Alton Sterling, a 37-year-old black man who was killed outside a convenience store in Baton Rouge, Louisiana.

@timwindsor @mathewi @brianstelter in retrospect it's strange we thought it's the police that should have cameras. In fact it's everyone.

Two separate videos show Sterling being wrestled to the ground and then shot multiple times, despite the fact that he doesn’t appear to have a gun. The FBI and the Justice Department are investigating the shooting.

In the past, these kinds of shootings might never have come to light because there was usually no hard evidence and police testimony is often given precedence over that of eyewitnesses. But now that everyone has a video camera in their hands, we are able to see such events more clearly. As disturbing as it might be, that’s probably a good thing.