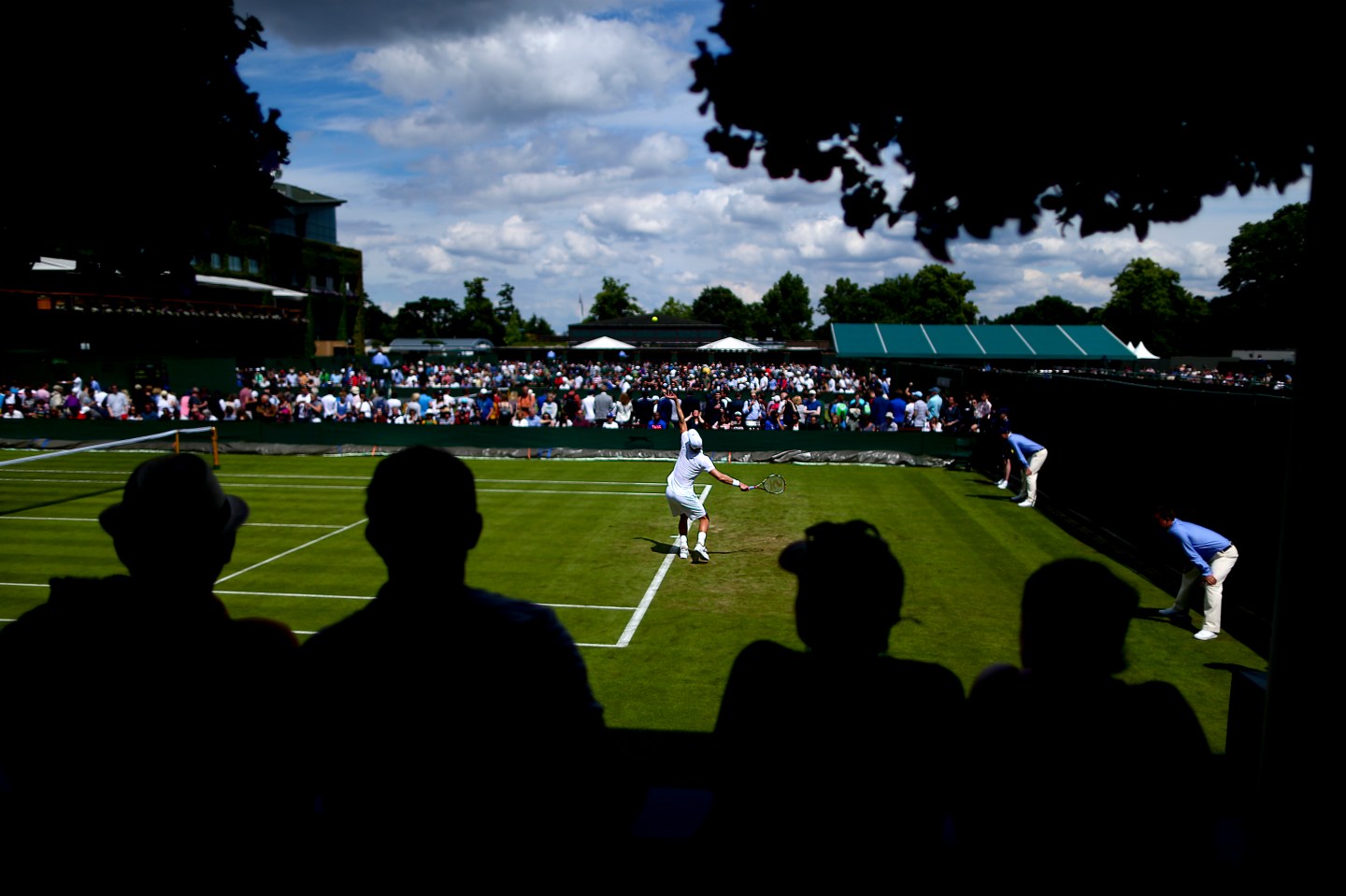 LONDON, ENGLAND - JUNE 27: Spectators watch on as Kevin Anderson of South Africa serves during his first round match against Denis Istomin of Uzbekistan during day one of the Wimbledon Lawn Tennis Championships at the All England Lawn Tennis and Croquet Club on June 26, 2016 in London, England. (Photo by Jordan Mansfield/Getty Images)
Jordan Mansfield — Getty Images

Twitter has made it abundantly clear that its future will be focused on live content, and that means sports—like the $10-million NFL streaming deal the company signed earlier this year, and the test version of Wimbledon tennis coverage that it rolled out this week.

These deals are just the beginning, it seems. According to a number of recent reports, Twitter is looking to sign as many as 10 additional deals to carry live sports on the service, with everyone from the National Basketball Association to Major League Soccer.

Recode says Twitter is not just talking to leagues themselves, but also to Turner Broadcasting, because the network owns the broadcast rights to a number of sports including major-league baseball and the NCAA. Turner also has an eSports league, which hosts professional video-game challenges, something Twitter might also be interested in streaming live.

But it’s not just sports Twitter is interested in. Ad Age magazine says that the company is also considering a live-streaming deal involving politics, timed to coincide with the election. It’s not known who the provider of the stream would be, but CNN and other major news networks seem like obvious possibilities.

Exactly what these streaming features will look like is unclear, but the Wimbledon tennis coverage that Twitter introduced this week—with very little fanfare—gives us at least a hint of how a live sports stream may work as part of the social network.

The tennis coverage appeared on a dedicated page with a stationary video window that showed the official stream, along with a scrolling window of related tweets. In the case of Wimbledon, the coverage Twitter was allowed to stream (thanks to permission from partner ESPN) didn’t include live matches, but rather replays along with some live analysis and interviews.

The NFL deal includes entire live games. The pro football league sold the streaming rights to its Thursday games for the 2016 season to Twitter for an estimated $10 million, after selling the traditional TV rights for those games to CBS and NBC for $450 million.

The difference between those two numbers shows how little the NFL is likely expecting from Twitter in terms of expanding its reach or driving more advertising. But for the social network, the hope is that live sports combined with the ability to talk with others about the event will juice its engagement numbers (and thereby also help its case with advertisers and investors).

In effect, Twitter is trying to become not just the “second screen” for viewers interested in football and other live events, but the first screen as well. Whether any of this will help either the company’s bottom line or its flagging share price (TWTR) remains to be seen.