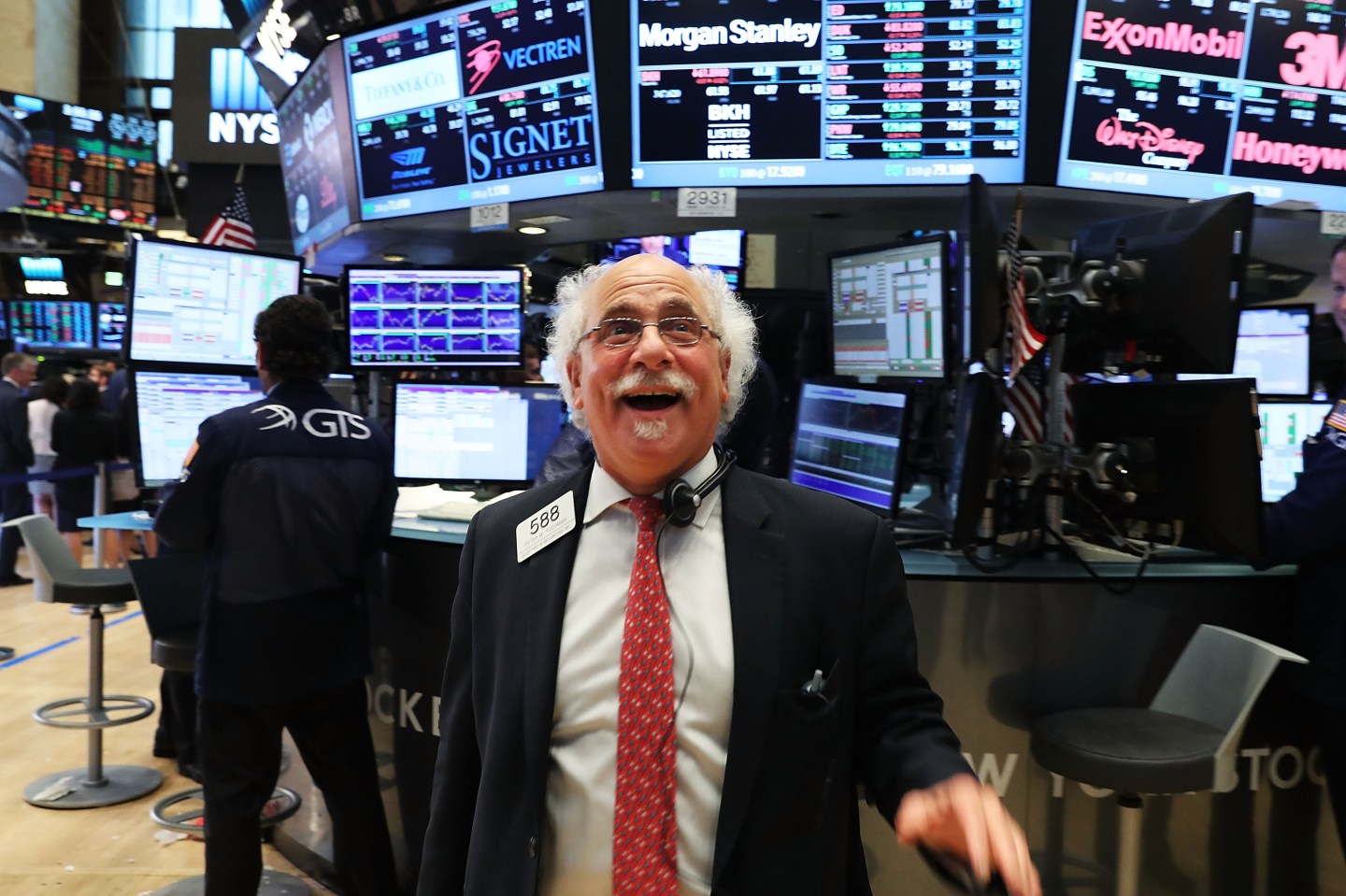 U.S. stocks rallied Friday after the June jobs report came in much better than expected, with the Dow Jones Industrial Average recovering all the ground it lost during the Brexit selloff.

Investors cheered the jobs report showing that the U.S. added 287,000 jobs in June, exceeding economists’ expectations by more than 100,000 jobs.

Almost all Dow Jones stocks rose on Friday, with equipment manufacturer Caterpillar (CAT) in the lead, up almost 3%. Shares of American Express (AXP) and Goldman Sachs (GS) gained nearly as much, bouncing back after a particularly harsh beating following Brexit.

On the flip side, the only stocks to fall during the day were those that had been among the few winners after the British vote. Walmart (WMT), which was the only stock to rise immediately following Brexit, fell slightly after the jobs report. Johnson & Johnson (JNJ), whose dividend and U.S.-focused business had lured investors amid the economic uncertainty over the past weeks, traded down Friday morning, but recovered in the afternoon.

If Monday proves as good to the market as Friday, stocks may well set new all time highs as soon as next week.