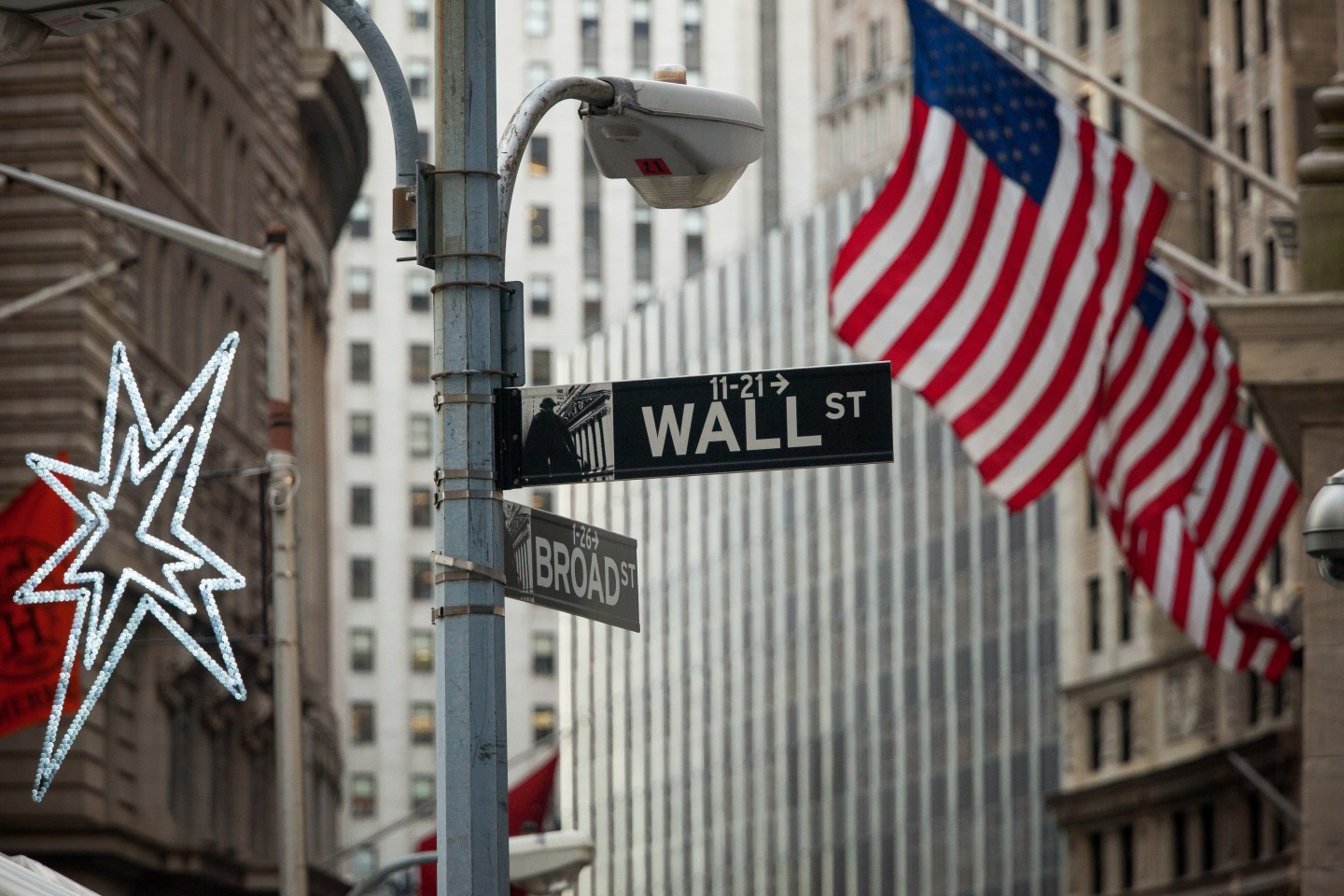 It’s hardly a great day for any kind of stocks today, but bank and other financial stocks are getting trashed more than most in the wake of the U.K.’s decision to leave the European Union.

The S&P 500, Germany’s DAX, the Euro Stoxx 50—all of them have banks at the very bottom of the performance table: Goldman Sachs is down 5.8% and JP Morgan Chase & Co down 4.6% in early trading in New York, while American Express , Visa (V), Bank of America (BAC) all get honorable mentions.

In Europe, the damage is much, much worse: Germany’s Deutsche Bank and Commerzbank are down by between 11.5% and 12% (having recouped around half of their losses at the European opening). In France, Societe Generale is the biggest loser, down 19%, followed by BNP Paribas -16% and Credit Agricole -12.1%. In Italy, seven of the bottom eight losers are banks, down by between 17% and 20.9%. The only thing keeping Lloyds Banking Group off the bottom of the FTSE 100 table is the fact that the U.K. has a lot of listed homebuilders, who have been hit even harder.

You don’t have to look very far for the reasons: the Brexit vote is triggering massive volatility in financial markets, and the odds are that many of these banks will be on the wrong side of it (very few of their in-house analysts, after all, were predicting a Brexit). Secondly, there’s the prospect of London losing its status as Europe’s financial capital, with banks from all over facing being forced into relocations of staff to other destinations in the E.U., which will be expensive in their own right and where profit margins will be lower (or else why have them in London in the first place?). That said, Morgan Stanley denied Friday a BBC report saying its already started moving staff out of London.

Thirdly, there are doubts about Eurozone banks in general; fears about one institution, or one country’s institutions, too easily become fears for the whole financial system. Such concerns about banks haven’t ever cleared up despite the exhaustive assessment that the European Central Bank submitted them to before taking over as their supervisor in 2014. Indeed, the reaction of the Italian bank stocks Friday is a damning indictment of how ineffective that assessment was, for all that it made unprecedented demands on Italy’s banks to raise capital, acknowledge bad loans, and otherwise improve governance.

As such, selling bank stocks first is a knee-jerk reflex for those who fear another ‘Lehman moment’ (the collapse of the U.S.’s fourth-largest investment bank in 2008 that exploded confidence in the rest of the banking system). Bank of England Governor Mark Carney was at pains earlier Friday to stress that “the capital requirements of our largest banks are now ten times higher than before the crisis,” and that their balance sheets, holding a combined 600 billion pounds in liquid assets, had been “stress tested…against scenarios more severe than the country currently faces.”

More prosaically, it’s just a fact of life that banks, which lend all across the economy, are exposed to a new cycle of loan losses and lower profit margins from the general slowdown in economic activity that is being widely predicted. Axa, Europe’s largest insurer and one of its biggest bond investors, cut its forecast for U.K. growth next year to 0.4% from 1.9%, while the German DIW think-tank said last week it expected Brexit would cut 0.5 percentage points off Germany’s economic growth next year (from 1.4% to 0.9%). That means more bad loans and more provisions. Even on performing loans, banks in a weakening economy are generally unable to raise their own interest rates, despite often having to pay more for their own funding.

Finally, banking, more than any other part of the economy, is about confidence, and confidence is what is in short supply Friday. Nobody knows what is facing the banks in the next two years, but everybody is aware, especially in the Eurozone, how badly cross-border exposures could unravel, and how little fiscal space and monetary ammunition there is to support them after eight years of crisis policies.