PepsiCo’s CEO: Why I’m Bringing Back Diet Pepsi With Aspartame 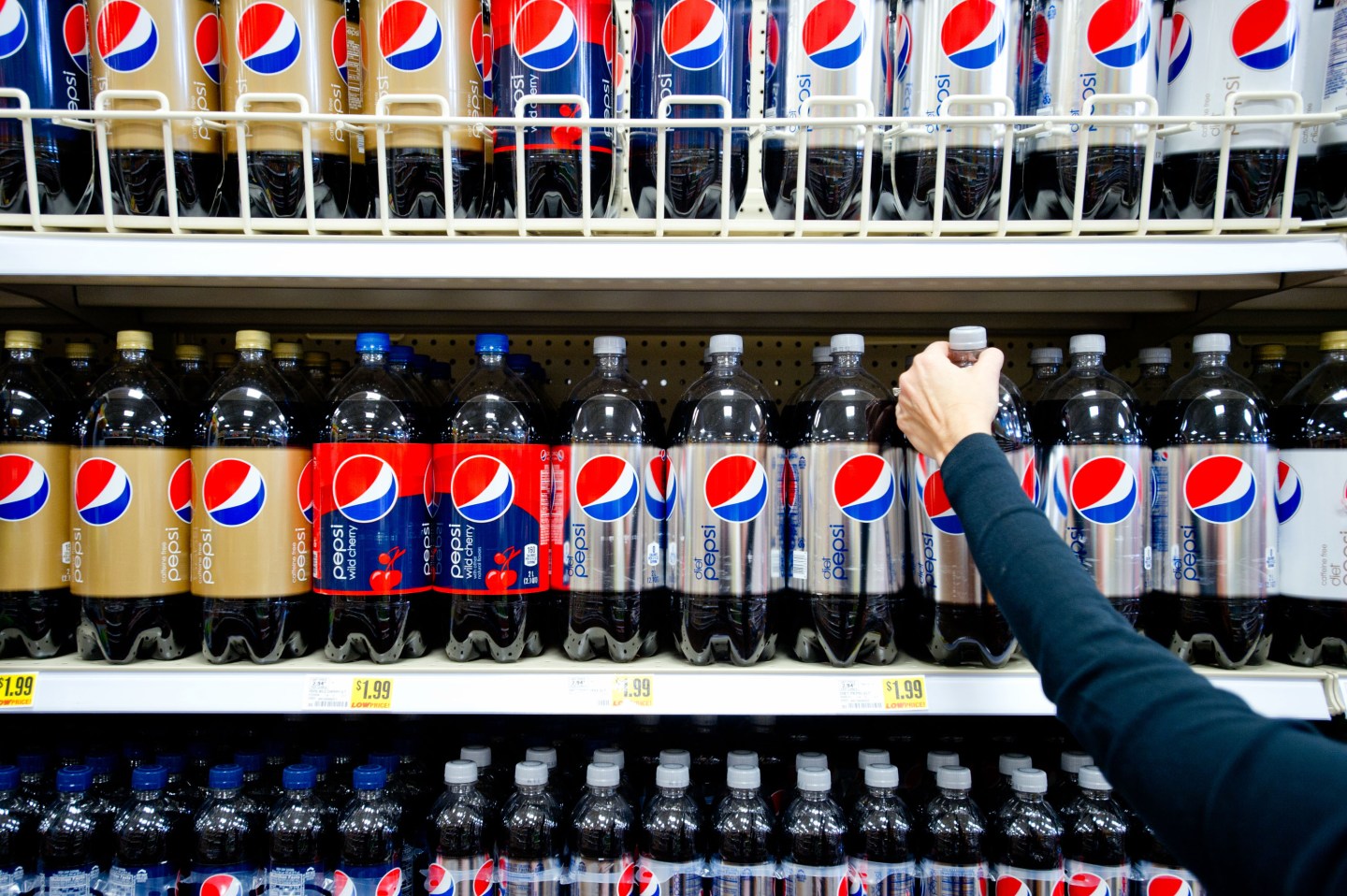 Just two weeks after PepsiCo said it wouldn’t ditch Diet Pepsi with aspartame, Chief Executive Indra Nooyi is chiming in to explain why the beverage giant had second thoughts about the recipe change.

PepsiCo (PEP) has found itself awkwardly aiming to please two different groups: health-conscious consumers who want to avoid the sweetener aspartame altogether and those who like the flavor in their foods and beverages, including diet colas like Diet Pepsi. The beverage giant tried to satisfy both groups, announcing late last month that it would again begin to sell a Diet Pepsi with aspartame, which is is calling Diet Pepsi Classic Sweetener Blend, while the namesake Diet Pepsi would still feature the new recipe, which uses sucralose and Ace-K. All three are calorie-free sweeteners.

All of this put PepsiCo CEO Nooyi in a bit of a pickle. During a conference call on Thursday with Wall Street analysts to discuss PepsiCo’s second-quarter results, she was asked about lessons learned from the changes to the diet portfolio.

“If you go and poll consumers today and read all the social media reports, there’s still trepidation about aspartame,” said Nooyi. “There’s no scientific reason for that, but people are somehow worried about aspartame.” That’s why PepsiCo launched an aspartame-free Diet Pepsi, she explained. There’s good reason for that: diet soda sales have slumped in the U.S. in recent years, with Diet Pepsi reporting a steep 5.8% drop in 2015, according to industry tracker Beverage Digest.

What PepsiCo didn’t anticipate is that there’s a group of consumers that loved the original recipe using aspartame—and they weren’t happy about the sucralose-flavored beverage that replaced it. That version of Diet Pepsi first hit retail shelves last summer, and there was an almost immediate backlash.

“In the cola category in particular, people get incredibly fastidious about their products and don’t want to have any changes,” Nooyi said.

After PepsiCo announced two weeks ago that it would broaden the portfolio to include an aspartame version of Diet Pepsi, that change resulted in some worries from those that were in favor of the formula switch. Nooyi explained that she got some “pretty tough e-mails” from soda drinkers that loved the new aspartame-free diet soda and incorrectly assumed it would be leaving shelves. That’s why PepsiCo is opting for a broader soda portfolio that it hopes can serve all customers.

She’s right. Think of how diversified the beer category has become, as the craft portion of the market explodes in popularity. There are also hundreds of food startups challenging the center of grocery aisles, resulting in major changes to legacy brands that used to dominate the yogurt, cereal, and juice categories. As a result, Big Food needs to be more flexible and innovative.

Nooyi argues that PepsiCo is doing just that. She says the company also has a key advantage: it has control over distribution for its products, which can help the company pump out new offerings that might be low in volume compared to big brands like Diet Pepsi, but might have a core audience that isn’t interested in diet sodas anymore. “We have to learn how to handle complexity, not walk away from it,” she added.

There are some indications that meeting consumers’ evolving tastes is paying off for PepsiCo. Earlier in the conference call, Nooyi said new products comprised about 9% of the company’s sales, or over $5 billion.