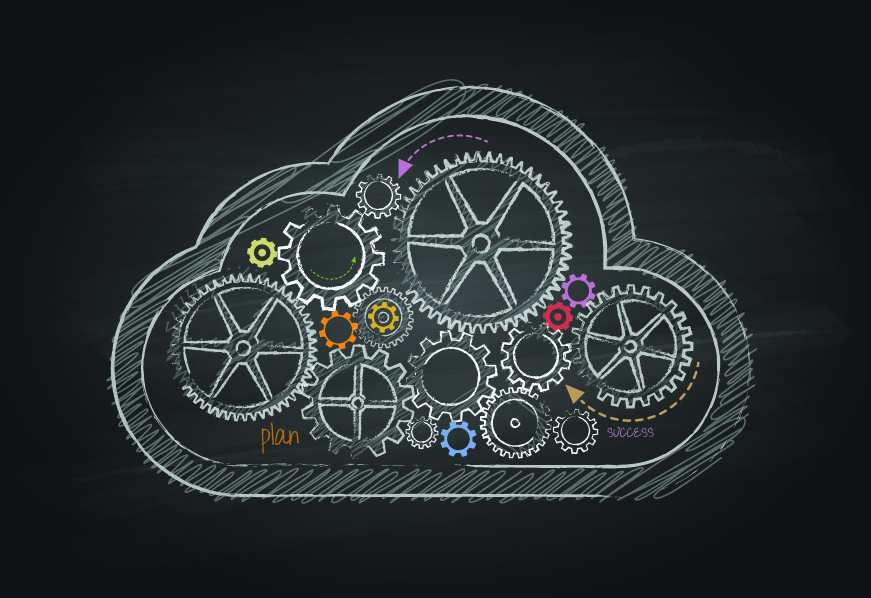 In technology as in life, there are lots of stats. And the numbers on how many companies will adopt cloud computing in any given time period are all over the map.

Last week a survey of 100 chief information officers by Morgan Stanley (MS) found that more than half of those surveyed (53%) said those companies do not use any public cloud infrastructure at all. They expect that number to drop to 9% in the next three years.

In the public cloud computing model, companies move some or all of their software applications offsite to be run and managed by a third-party cloud provider on that provider’s hardware.

The leaders in public cloud infrastructure, often called “infrastructure as a service” or IaaS by techies, are Amazon (AMZN) Web Services, Microsoft (MSFT), and Google (GOOG).

That 53% number drew disbelief from IT pros in the trenches who said it is extremely likely that these chief information officers A: don’t know what’s going on in their own organizations, or B: are preventing their own companies from taking advantage of the flexibility of using Amazon Web Services, Microsoft Azure, or Google Cloud Platform for some applications where such flexibility is key.

On the other hand, pharma giant Johnson & Johnson (JNJ) turned off its last mainframe computer last year and plans to have 85% of its software running in the cloud in two years, according to The Wall Street Journal.

Compute-intensive tasks like genome sequencing are ideal for running in the cloud, where servers can be called up to crunch numbers on demand. The Broad Institute in Cambridge, Mass., is using Google’s cloud and Cycle Computing for cancer research.

Before the advent of cloud computing, researchers in these fields had to request time on a government-backed supercomputer and wait for it to be available. Or they had to spend tens of millions of dollars to build their own computing cluster. In the cloud era, they can call up Amazon or Azure or Google servers as needed and pay for them for just the time they’re using them.

Those irregular or “spiky” workloads are ideal for this pay-as-you-go cloud model. Why pour millions into a data center that will only be fully utilized a few days or weeks a year? But there remains a debate on if and when other types of steadier work should move to a public cloud. It’s relatively cheap to get started, but hidden costs accrue when a company has to move data around the cloud or in and out of the cloud. And they can be significant.

Many companies may prefer to keep some sensitive software running on company-owned servers, but perhaps run them in a cloud-like way, with departments paying for their own use of internal resources, which they can ramp up and shut down as needed. That is the private cloud model.

A Wild and Woolly Week in Cloud Computing

To further complicate matters, one school of thought holds that public cloud is the cheaper and the better choice up to a point, but when a company hits a certain scale based on the amount of data managed or computer power needed, it may make more sense to move data and software applications back on premises. Earlier this year Dropbox finally acknowledged that it had migrated 90% of its operations from Amazon onto internal data systems, for example.

For more on cloud, watch this video:

The notion that AWS, the market leader in public cloud, is always cheapest, should also be examined closely, pundits say. Depending on the job at hand, there may be less pricey options from a cloud specialist. Backblaze, for example, has long claimed it can back up and archive a company’s data at a fraction of the cost of Amazon’s Glacier service, for example.