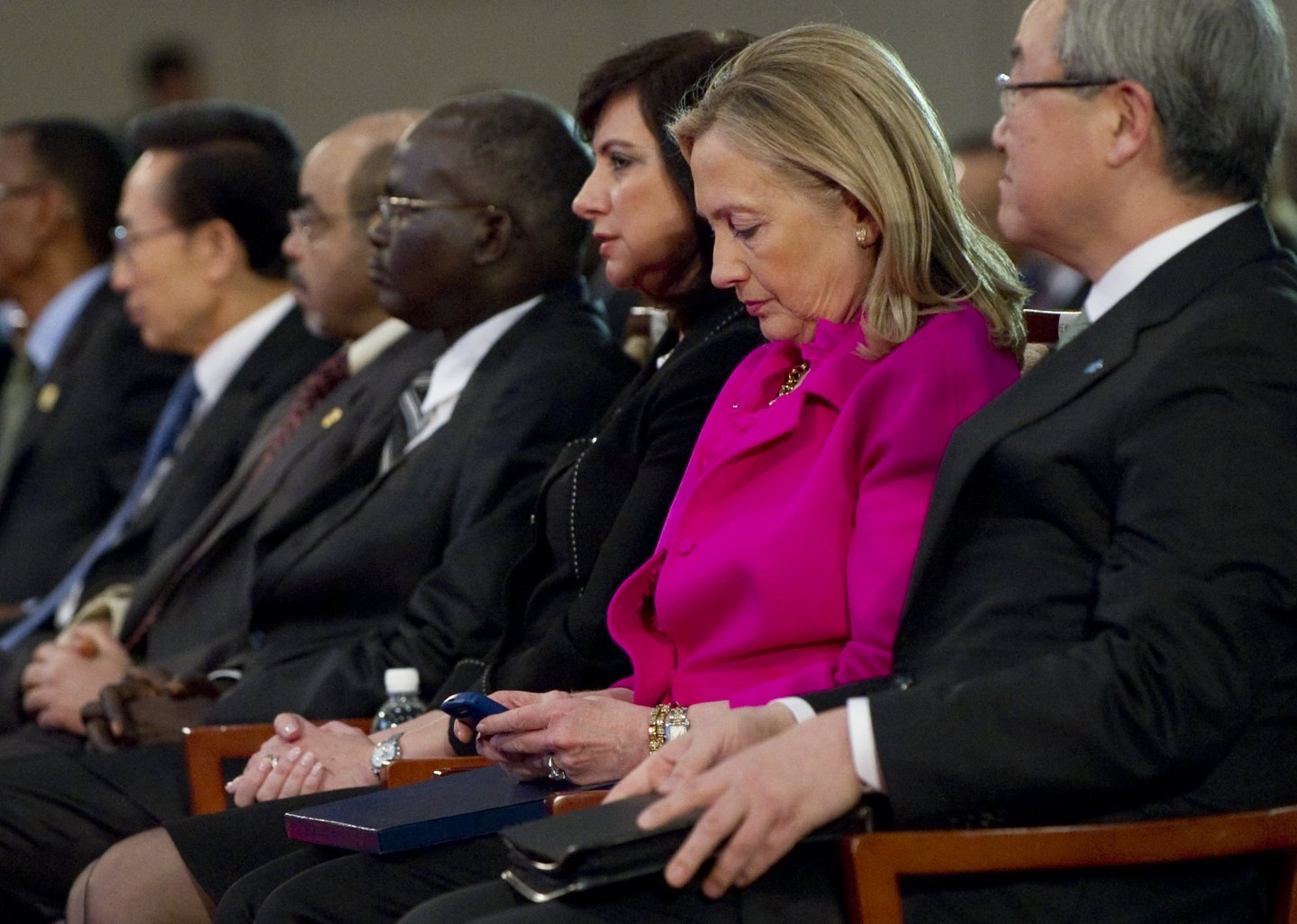 Update: A BlackBerry spokesperson said the company has stopped making only the BlackBerry Classic model, but continues to sell other BlackBerry 10 smartphones in most markets. Customers should check with their carriers for availability. BlackBerry also offers Android-based smartphones.

In another blow to what was once the mobile device of choice for the security obsessed, the U.S. Senate will stop handing out BlackBerry mobile devices to it staffers.

The Senate’s mobile communications services unit told administrative staff last week that it has some 600 BlackBerry devices left in stock, but once they’re gone, they’re gone and staffers will have to move on.

Instead staffers will be offered select iPhone or Android devices, according to a memo obtained by political blog Bomble.com and Politico last week. The reason? BlackBerry (the company) discontinued production of several BlackBerry 10 devices.

From the memo sent out to Senate staff and obtained by Bomble, offices can migrate to Samsung (SSNLF) S6 Android or Apple (APPL) iPhone SE devices via Verizon (VZ).

Few under the age of 40 probably remember how dominant BlackBerry (BBRY) devices were among corporate users. BlackBerry was the device of choice for IT departments because its service was viewed as much more secure than what was offered with young up-and-coming iPhone and Android phones. BlackBerry’s dominance among the political elite was signified by the famous picture of then-Secretary of State Hillary Clinton wearing dark glasses and typing away on her BlackBerry.

BlackBerry Breaks Even in Q1

But the “bring your own device” (BYOD) wave that swelled over the past decade as CEOs and other top executives started insisting on using their personal iPhones and Android devices for work helped spell the end to that corporate dominance. Well-built, and enterprise-focused, BlackBerry devices still have their fans.

For more on smartphones, watch this video:

The Senate was one of the last bastions for Blackberry devices. Adherents still cite the long battery life, secure email, and keyboards as key selling points.