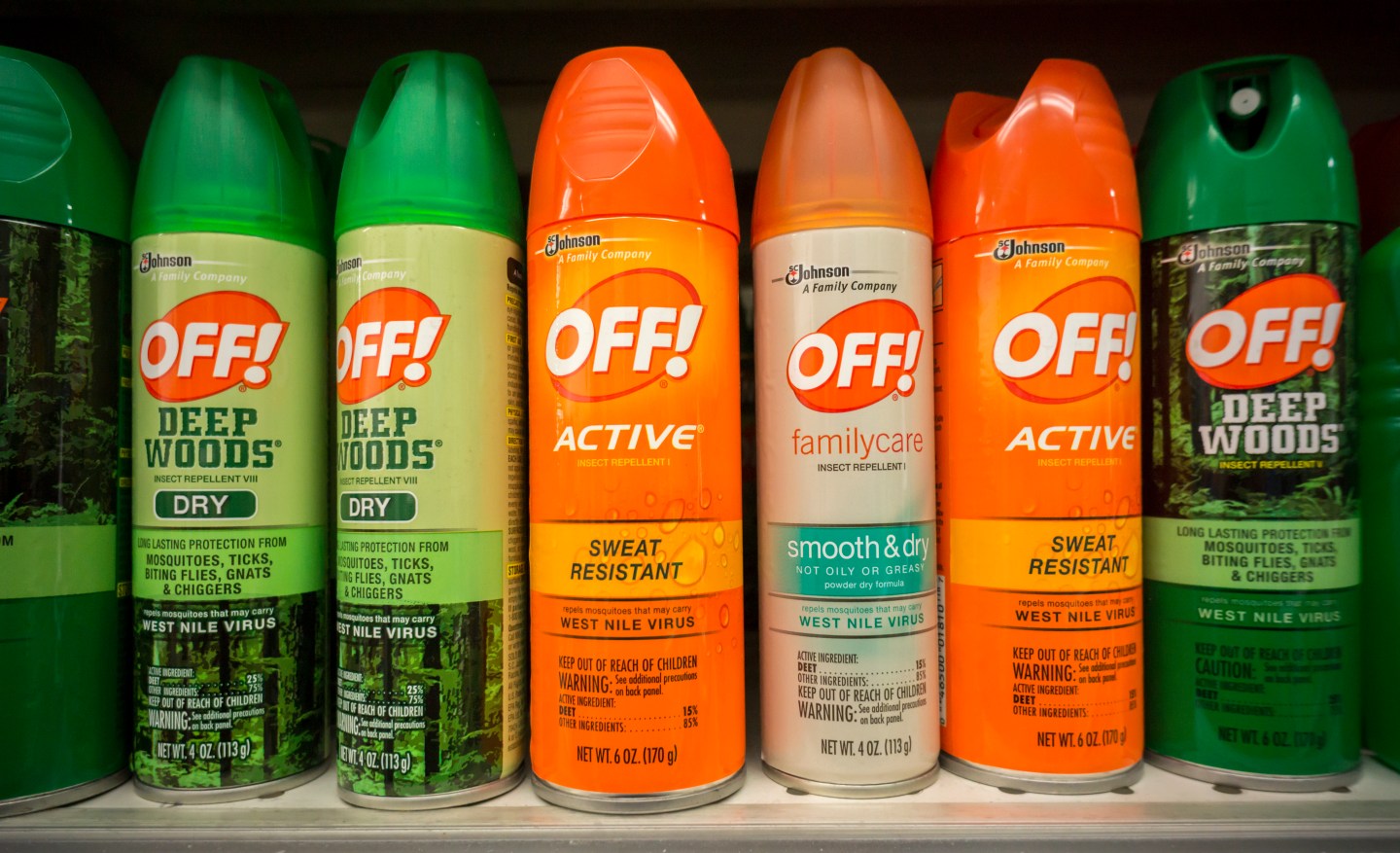 Containers of OFF! brand insect repellent on a store shelf in New York on Thursday, January 28, 2016. The World Health Organization warns that the Aedes aegypti mosquito-borne Zika virus is spreading rapidly and now can be found from Argentina to the Southern United Sates. The virus can cause microcephaly and other problems in fetuses when contracted by pregnant mothers. (�� Richard B. Levine) (Photo by Richard Levine/Corbis via Getty Images)
Photograph by Richard Levine — Corbis via Getty Images

Growing concerns among athletes and visitors about Zika-carrying mosquitos in Rio de Janeiro has led it to sign SC Johnson’s OFF! as the Olympics’ first-ever insect repellent partner.

When the games begin Aug. 5, thousands of bottles of SC Johnson’s OFF! brand insect repellent will be distributed to athletes, staff and volunteers as part of the agreement, according to Bloomberg.

“To continue our support for the fight against mosquito-borne diseases, we will use our 60 years of expertise in mosquitoes to educate athletes, volunteers and spectators about how they can protect themselves against mosquito bites,” SC Johnson’s chief executive officer Fisk Johnson said in the statement to Bloomberg.

Despite the World Health Organization saying that the risk of catching the virus in Brazil’s winter months is low, several athletes have pulled out of the games. Rory McIlroy, the superstar golfer, announced in June that he would not be competing in the games, saying that although the risk for contracting Zika is low, “it is a risk nonetheless and a risk I am unwilling to take.”

The Zika virus has more than just McIlroy skipping the Olympics. According to a Fortune article from April, only half of the available tickets to the summer games have been sold. Aside from the country being in the midst of its worst recession in 25 years, fears of Zika spreading in the country has contributed to lower ticket sales, amid other reasons.

The virus has also had insect repellent flying off the shelves in Brazil. Raia Drogasil, Brazil’s largest chain of pharmacies, said repellant sales in December jumped seven-fold from a year earlier. Following the detection of Zika in April doubled revenue for the sector to $55.7 million when sales of repellant in Brazil rose by one-third last year, according to consumer research firm Nielsen.

Fortune has reached out to SC Johnson for comment and will update the story if it responds.