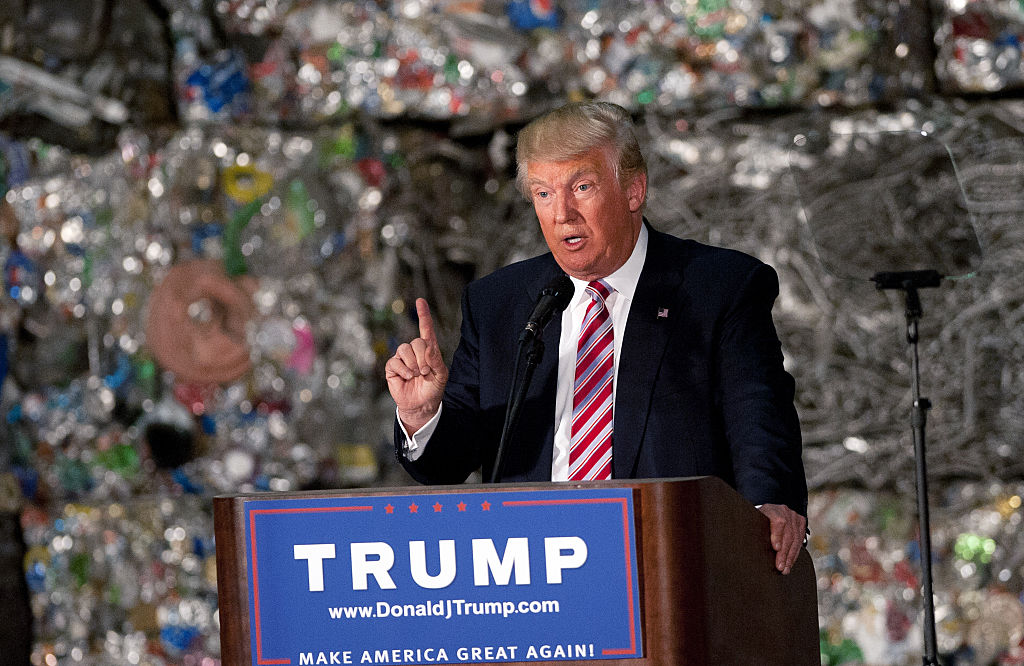 Britain’s vote to exit the European Union and the success of Donald Trump’s candidacy, with its stated intent to redo trade deals and get rid of immigrants, may result in part from the reality of disappearing (manufacturing) jobs, stagnating wages, and increasing economic insecurity. But the explanation for the job and income problems—globalization and unregulated borders—is mostly incorrect. And by blaming external forces, we let the real culprits—companies and governments—off the hook.

Over the years, there’s been a lot of rigorous, peer-reviewed research on the effects of globalization and immigration. Unfortunately, not much of the evidence is reflected in the discussions of these issues.

For instance, a study of the effects of immigration on employment in Germany concluded that there was “no detrimental effect.” An analysis looking at the effect of immigration on income in the U.S. and Europe found that the absolute value of any effects was small. A comprehensive review of the extensive research on immigration effects on labor markets concluded that “the probability that immigrants increase unemployment is low in the short run and zero in the long run” and that immigration does negatively affect wages but primarily, if not exclusively, for less-skilled people and earlier immigrants themselves.

The many studies of the effects of globalization frequently come to different conclusions about its effects. According to one analysis, an occupation’s exposure to global trade decreased real wages between 12% and 17% in the U.S., an effect that came from people having to move from high wage manufacturing occupations to lower-paid positions elsewhere in the economy. But a methodologically sophisticated study of the effects of both trade and migration in 30 OECD countries concluded that, “immigration and trade do not have a significant effect on income per capita in the short run.”

So we should stop focusing on factors where the evidence of harm is at best mixed and where the opportunity for substantive change is low. Few people believe that Britain can or will turn its back on economic integration with Europe. And as German Chancellor Angela Merkel and others have said, if Britain wants to be part of Europe, the benefits will come with obligations.

Even fewer people believe that Trump can unilaterally rewrite multilateral trade agreements, sometimes codified in treaties, or exclude the U.S. from participating in the global economy without incurring substantial economic damage.

Instead, let’s look at what we know about what people want—good jobs—and what those good jobs are and how they relate to income. The Gallup organization provides relevant information on these questions. (Full disclosure: I am collaborating with Gallup, in an unpaid capacity, on some research.)

First, as Gallup CEO Jim Clifton writes, “what the whole world wants is a good job.” This priority represents a change from the historical emphases on peace, freedom, and family. Gallup defines a good job as one where someone works 30 or more hours per week for a paycheck—a definition that excludes subsistence farming, selling trinkets or food by the side of the road, or similar activities. Gallup assesses the prevalence of good jobs in an economy with a measure it calls the payroll-to-population ratio. “Adults who are self-employed, working part time, unemployed, or out of the workforce are not counted as payroll-employed in the Payroll to Population metric.” So much for the benefits of the “gig” economy which, according to Gallup, is not producing good jobs.

Here’s the payoff: Gallup finds that GDP per capita, median household income, and median per-capita income all are strongly associated with the “proportion of adult residents in each country who say they are employed full time for an employer,” the payroll-to-population measure. Simply put, people want good jobs. Good jobs entail working at least almost full-time for an employer, and they are strongly correlated with measures of economic well-being.

So, what affects the payroll-to-population measure, or the number of good jobs in a society? Many things, but among the more important are government policies and company decisions about the nature of employment.

Decades ago, employers began to shift work from employees to contractors, part-timers, people provided by temporary help agencies, and other kinds of contingent workers. In the last decade, the proportion of people working in a contingent fashion has increased by 50%. And the “number of Americans using these alternate work arrangements rose by 9.4 million,” according to the New York Times, a number greater than the rise in overall employment. This means that “there was a small net decline in the number of workers with conventional jobs.”

As Gerald Davis at the University of Michigan said to me, the economy first transitioned from careers—long-term attachments between employers and employees—to jobs with less permanence and mutual commitment. And now, companies are moving from hiring people for jobs to obtaining people to do very specific, often limited (in time and scope) tasks, such as making deliveries or writing a specific piece of code or a technical manual.

Employers use contingent work arrangements because, as the U.S. Department of Labor has noted, contingent workers frequently receive less pay and benefits than permanent workers. Moreover, employers do not have to make Social Security payments or contribute to worker’s compensation or unemployment insurance funds for contingent labor. And, since the people doing the work are not employees, employers are free of any obligations or burdens under labor and employment laws such as paying overtime or any due process or notification requirements for firing people.

These employer decisions are in many instances discretionary. For years, numerous industrial relations and human resource scholars have described what have come to be called “low road” and “high road” work arrangements. For instance, Costco pays more and offers a larger portion of its workforce more benefits than Sam’s Club (part of Wal-Mart). Even though that would seem to raise costs, Costco has lower turnover and has more knowledgeable and skilled employees who are more productive, so it actually is more profitable on a per-employee basis. An analysis of airlines contrasted those that emphasized control over their workforce compared to those interested in generating employee commitment, and those airlines that avoided or, alternatively, sought accommodation with labor unions. The researchers concluded that, “airlines (and other enterprises) still have some scope for exercising strategic choice, in spite of their institutional and regulatory context.”

Under the banner of labor market flexibility and competitiveness, government— particularly in the U.S. but also around the world—has stepped back from intervening in the employment relationship. This lack of involvement has left employers to do what they want, which is mostly to increase the use of contingent work arrangements and cut benefits. And as the portion of workers covered by collective bargaining contracts has dramatically declined, unions have been unable to stem this tide.

Some might argue that the worldwide competition that has come with globalization has reduced employers’ discretion to use full-time employees and that immigration and the potential to move facilities offshore have provided a reserve labor force that weakens employees’ bargaining power. That may be true, but employers still have choices. Some pursue high-commitment, high-performance, high road strategies that entail competing on service, productivity, and innovation. Others opt for cost-based, low road business strategies. The same holds true for countries. Gallup data ranks the U.S. 15th in the payroll-to-population measure, behind countries such as Sweden, Denmark, Canada, Singapore, and the Czech Republic. Institutions and legal frameworks matter.

I don’t see how pulling out of the EU, pulling out of trade pacts, or curtailing immigration is going to affect employers’ decisions about using contingent labor or change the legal and institutional frameworks governing the employment relation for the better. As in many other domains, people are mistaking effects for causes.

Jeffrey Pfeffer is the Thomas D. Dee II Professor of Organizational Behavior at the Graduate School of Business, Stanford University. His most recent book is Leadership BS: Fixing Workplaces and Careers One Truth at a Time.