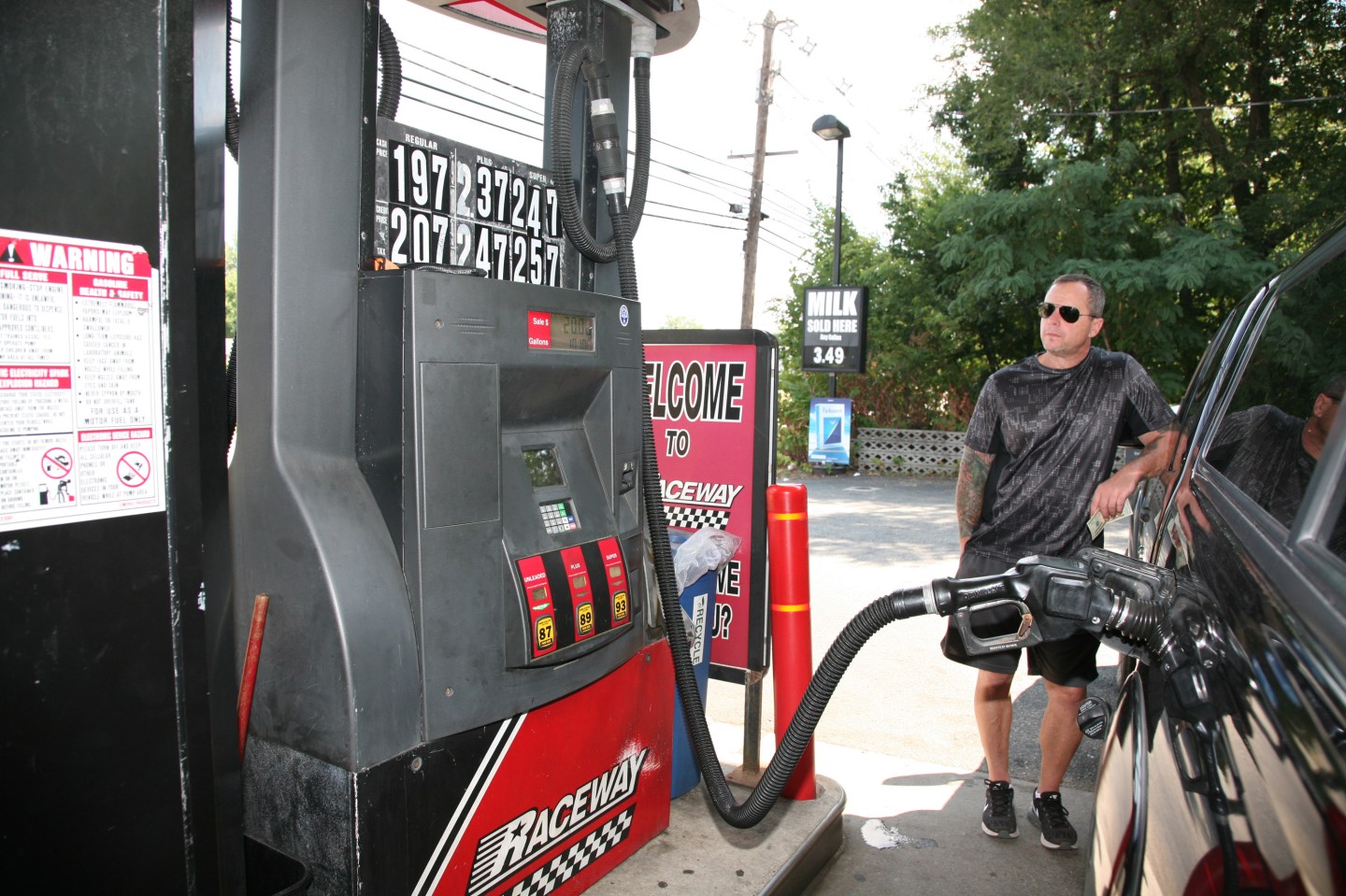 WOODBRIDGE, NJ - AUGUST 25: A motorist at a Raceway Petroleum station pumps gas on August 25, 2015 in Woodbridge, New Jersey. Some places in New Jersey are seeing prices under two dollars as the price of gasoline continues to fall. (Photo by Yvonne Hemsey/Getty Images)
Yvonne Hemsey Getty Images

This story was originally published on Money.com.

New Jersey may be more famous for Bruce Springsteen than it is for its unusual gas station practices. (That’s a reference to Springsteen’s “Born to Run” lyrics above, by the way.) But the gas stations of the Garden State are indeed distinctive: Not only is it one of only two states that don’t let motorists pump their own gas—Oregon is the other—but New Jersey also traditionally has had among the lowest gas taxes in the nation.

The state fuel tax has been stuck at 14.5¢ per gallon in New Jersey since 1988. Only drivers filling up in gas-happy Alaska face lower fuel taxes, at 11.3¢. Jersey’s gas taxes are significantly less expensive than the 50.4¢ tax in bordering Pennsylvania, and it’s obviously a huge reason why gas in New Jersey is so cheap: At the moment, N.J. is one of only nine states where a gallon of regular is averaging $2.10 or less.

It looks like New Jersey’s semi-free ride could be ending, however. Sometime after midnight on Monday, Gov. Chris Christie cut a deal with the state assembly to raise the gas tax by 23¢—nearly double the current rate—while at the same time slashing the state sales tax, from the current 7% to 6% by January 2018. As the Wall Street Journal reported, it’s very much up in the air whether or not the state senate will support the plan—and their support is needed for the proposal to pass. If it does, the new tax would go into effect this Friday, July 1.

Read Next: As Gas Prices Go Down, Likelihood of Higher Gas Taxes Goes Up

Understandably, many New Jersey drivers are rooting against the gas tax hike. “Personally, I think 23 cents is pretty excessive,” Phil Esain, of Edgewater Park, told the (Burlington County) Intelligence. “In Burlington County, we’re pretty much already destroyed on property taxes. And now we’re going to pay that much more to be able to go to work, basically.”

But if the new gas tax becomes a reality, that minor bragging point will disappear. New Jersey would go from the second-lowest fuel tax rates in the country to one of the highest. According to the American Petroleum Institute, New Jersey’s combined federal (18.4¢) and state taxes (14.5¢) now total 32.9¢. Add 23¢ to that, and you get 55.9¢, well above the national average (48.04¢) and cheaper only than six states (Pennsylvania, Washington, New York, Hawaii, California, and Connecticut).

Even so, the combination of a higher gas tax and a lower sales tax would actually save the average New Jersey resident some money—$92 annually, to be exact, according to a study cited by NJ.com. On the other hand, a driver who logs 15,000 miles per year on the road will cough up an extra $150 to $200 annually if the tax tweaks are approved. The people most hurt by the new taxes would be workers with long commutes and others who put in long hours on the roads, while non-drivers and big spenders at New Jersey’s famed malls could see a substantial windfall.

For now at least, there are no plans to change the other thing that makes New Jersey’s gas stations unique. This year, Oregon has begun allowing drivers to pump their own gas under certain circumstances—in rural areas between 6 p.m. and 6 a.m. So that leaves New Jersey as the only state where self-service gas is altogether banned. It’s nice, if somewhat puzzling, that a station attendant will always pump your gas in New Jersey. But something tells us most drivers would prefer the gas was 23¢ cheaper.