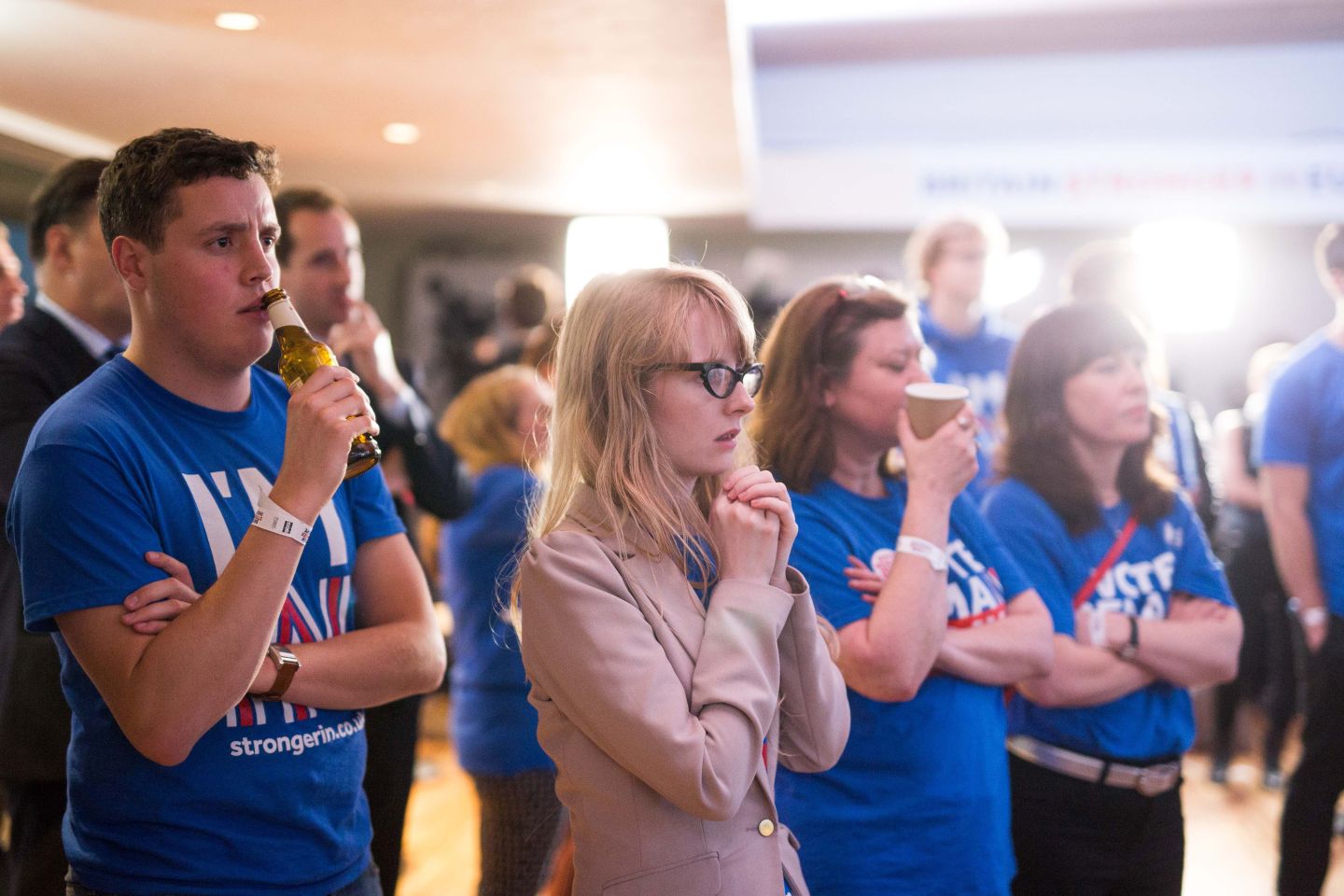 One of the immediate assessments of Britain’s historic vote to leave the European Union last Thursday was that it could cost London tens of thousands of jobs and deal a substantial blow to the city’s reputation as Europe’s financial capital. That’s because the vote would cause employers, especially foreign financial firms, to see London as a less advantageous place to do business once the U.K. splits from the bloc.

There has been no instant exodus of companies—the U.K. business community is all but paralyzed with uncertainty as it waits for the national government to grapple with how it will redraw long-standing trade and diplomatic ties made obsolete by a break from the EU.

Nevertheless, some companies are delaying expansion plans in Britain or shifting them to the Continent, and others are issuing increasingly dire warnings that the way in which Britain rewrites its trade and immigration policies will determine whether they stay in the country or move some—if not all—of their U.K. business elsewhere.

Mike Ashmead, managing director of crash-test dummy maker Encocam told Reuters that his company had expected to hire 120 people by 2018 at its design and production hub near Cambridge, but in the wake of the Brexit vote, it’s reconsidering those plans in favor of expansion in Spain, Portugal, Ireland, Germany, or Poland.

Telecommunications company Vodaphone, the seventh-largest company on the FTSE 100, has said that its future in the U.K. rests on whether companies operating in Britain can still tap into the free movement of people, goods, and capital. It warned that it could relocate its headquarters out of the U.K. if “those positive attributes” of the EU are not part of doing business in post-Brexit Britain.

German energy company Siemens said it’s putting its plans to invest in new wind power in the U.K. on hold due to the referendum outcome. And there are reports that Visa could slash positions in Britain because the takeover of its European operations by its American sister company dictates that Visa card transaction data not leave Europe. A Visa (V) spokesperson told The Sun that the “it is premature to speculate on whether possible changes to the location of our data centers would make sense or be required.”

Finally, co-chief executive of Goldman Sachs International (GS) Richard Gnodde told The Times of London that some of the bank’s 6,500 U.K.-based staff might be moved to Europe in the wake of the referendum result.

Employers have two main apprehensions about the future of doing business in the U.K.:

First, they worry that the U.K.’s vote to leave the EU will cut off their access to the bloc’s single market and its uniform regulations that extend across member states, forcing them to find a new legal home—perhaps Dublin, Paris, or Frankfurt—where they can reestablish that connection. Goldman’s Gnodde said that if so-called passporting was totally removed, “we have would have to adjust our footprint and where people were located.”

Companies’ second concern is that the new post-Brexit immigration rules will make it more difficult to recruit talent from the Continent. As of now, U.K.-based companies can hire workers from other EU member states with no restrictions. The free movement of people in and out of Britain is especially susceptible to change, since politicians who campaigned for Britain to leave the EU promised a more selective immigration policy in the lead-up to the vote.

The threats that companies have issued following the Brexit vote so far are wishy washy in nature, and their recent statements don’t contrast all that much from the warnings employers gave prior to last week’s referendum. (In early June, J.P. Morgan (JPM) CEO Jamie Dimon said the bank might cut U.K. jobs in the event of a Brexit) The main difference now is that those high stakes are not hypothetical but a reality that must be sorted out.

Carolyn Fairbairn, director of business trade group the Confederation of British Industry, said Tuesday that the U.K. government must act quickly to dispel the current uncertainty, but the country’s worsening power vacuum doesn’t offer much hope of that happening anytime soon. “We’re a long way off having a plan and leadership,” and that, Fairbairn said, “is what businesses need.”