These Cities Have the Worst Commutes in America 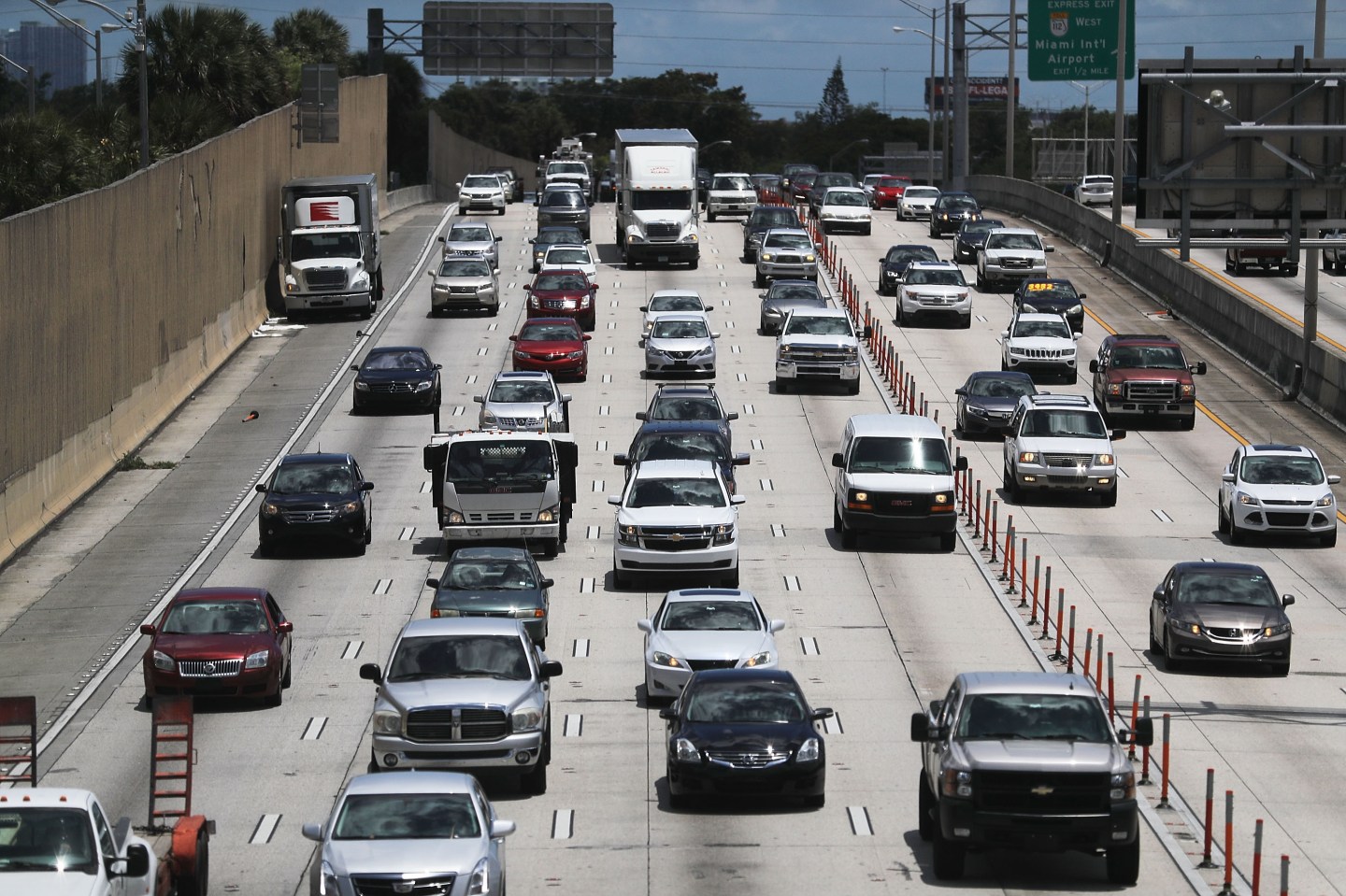 The greatest cities in the world are all essentially founded on a simple premise that boils down to: Get as many people as possible to the location where they can be as efficient as possible.

Here’s a list of that maybe should no longer be considered “great,” if commutes are factored in.

On Tuesday morning, Redfin, the online real estate data and brokerage company, released a database that ranks different metropolitan zip codes by commutes, as well as some other factors, including the size of a city and average incomes. Redfin calls the total score the opportunity index. The city that ended up on the bottom of the list, as the city with the worst commute in America, is, ironically, Detroit. Miami ranked No. 2. The city with the best commute in America: San Jose, Calif.

Redfin says that’s important not just for lifestyle choices and happiness, but also for your wallet. Commute times can be a major factor in determining home prices.

There are some caveats to the ranking. For each city, Redfin look at the proximity of residents to jobs paying at least $40,000 within a half hour commute. And, here’s the big one, Redfin calculated commutes as how long it would take someone to get to work without needing a car. Redfin’s idea is that people trying to figure out where to live can use it to pick an address with maximum workplace opportunity. But if they had factored in car commuting other cities, potentially Los Angeles, would have ranked lower for commuters.

Nonetheless, the ranking provides an interesting measure of which cities are doing the best job of moving people around, getting them to the right jobs, without slowly killing them with excruciating commute times in the process.

There are some surprising results. In terms of best commutes, New York City lands at a meager 31, despite its internationally renowned transit system, mainly because high prices force so many people far from the city center and far from subways. Los Angeles, classically known as one of the worst commuting cities in America comes in at No. 20, eleven spaces ahead of New York City, in terms of best commutes in America, tied with Philadelphia.

Why does it matter? As urban areas grow, zoning requirements have also grown, limiting density and driving up prices, with the effect that only the wealthy can afford to easily get to work without a car—an unaffordable and inconvenient luxury in many dense areas. In some cities, public transit can make businesses more efficient by jamming people from a wide area into a small one during work hours. Otherwise, it falls to individual workers to pile on commuting hours (linked in study after study to poorer health) in order to get to the job where they can make the most money and contribute the most to the overall economy. The more cities can do to limit commute times the more efficient—and egalitarian—they become.