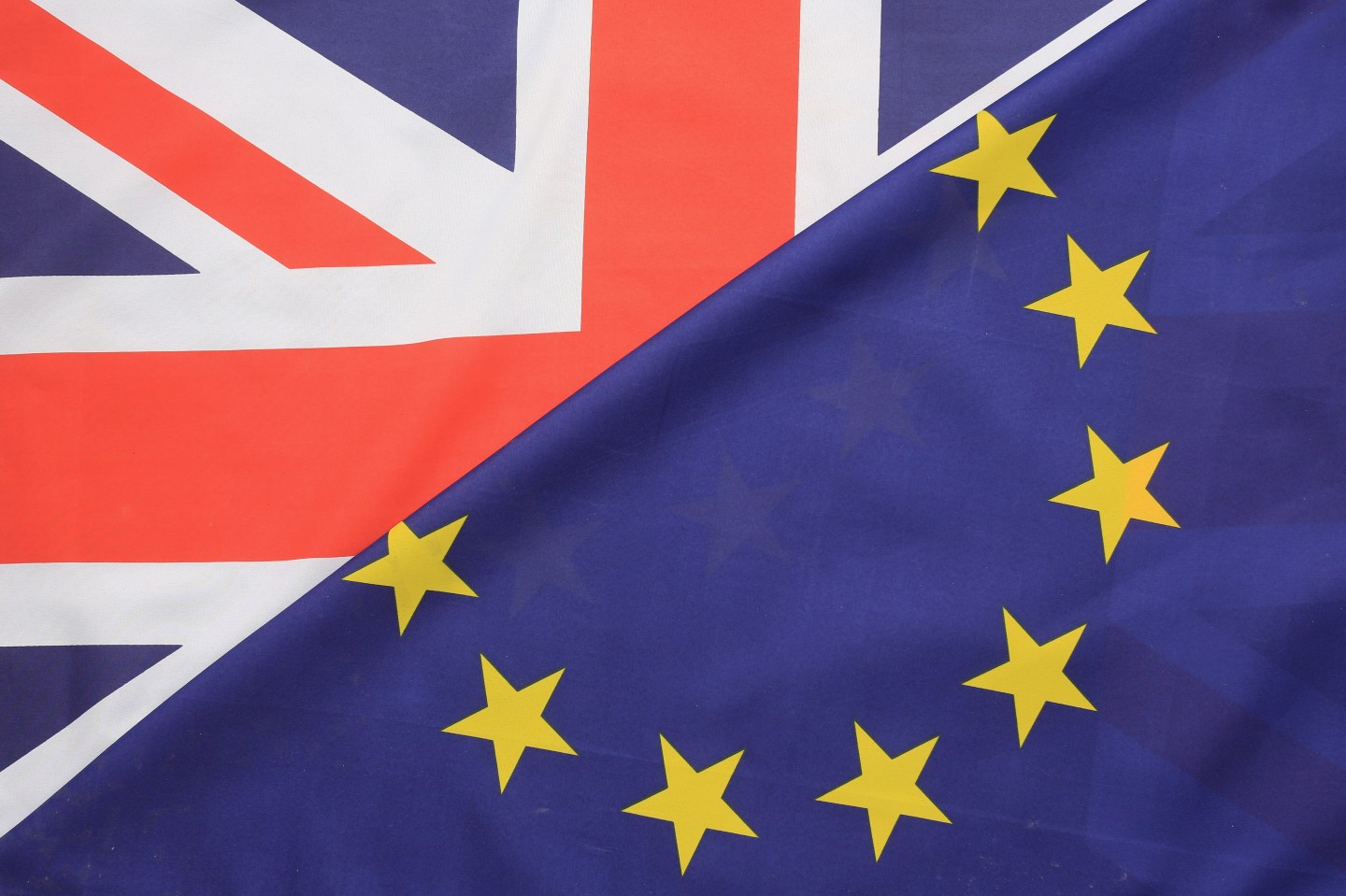 The overwhelming sentiment on Wall Street regarding Brexit has been uncertainty.

Most banks weren’t anticipating U.K. voters to side with leaving the European Union on Thursday, but now that the deed is done, many analysts are asking, what exactly does that mean?

The U.K. and E.U. nations will have to go through an arduous process of negotiating specific trade deals and immigration laws. The U.K. will also have to find a new Prime Minister to steer the nation through “Brexit,” after David Cameron announced he would resign from his post and step down in three months.

Despite all the geopolitical and economic certainty however, analysts seem to agree: the U.K. should anticipate a slower economy, if not a recession.

And those effects will not be contained to the U.K.

A team of Credit Suisse analysts led by Andrew Garthwaite say they are expecting a recession:

Our economists now forecast a recession in the UK, and a contraction in GDP of 1% in 2017. We would highlight that UK growth has already slowed sharply relative to global growth, with vacancy growth and the service sector PMI both consistent with a contraction in GDP.

And the analysts say a “lite” version of Brexit is possible:

We think that there is a 30% chance of ‘Brexit lite’ whereby Article 50 is not invoked and the E.U. compromises on the critical issues of immigration and supremacy of the European Court of Justice. We believe that the EU might well compromise over immigration because it is a pan-European issue that is sucking support away from the establishment parties in virtually all E.U. countries.

A team of Goldman Sachs analysts led by Jan Hatzius noted that the damage wouldn’t be confined to U.K. and E.U.:

Increased uncertainty and deteriorating terms of trade are likely to subtract a cumulative 2.75% from UK GDP, and we now expect the economy to enter a mild recession by early 2017. We estimate the cumulative hit to Euro area GDP at 0.5% and have cut our growth forecast over the next two years to 1.24%. We have also slightly shaved our second half of 2016 forecast for US growth to 2%.

Citi analysts led by Tina Fordham noted that the Brexit vote represented an area of “lasting uncertainty,” since leaving the EU will be a two-year process for the U.K.:

The Brexit vote creates: i) lasting uncertainty about the future relationship of the U.K. with the E.U., ii) a trade-off for the Bank of England between stabilizing growth and dealing with the probable surge in inflation, and iii) a trade-off for the U.K. Treasury between stabilizing growth and the protection of its sovereign credit rating at a time of large current account and fiscal deficits. At the E.U. level, it will likely freeze E.U. integration and increase the risk of copycat referendums, among other political risks.

Morgan Stanley‘s Chief Cross-Asset Strategist noted that the move will likely result in a hit for the GDP of the global economy, and result in no more rate hikes from the Federal Reserve:

For the global economy, there could be a cumulative hit of ~0.5pp from our baseline between now and the end of 2017. This weakening of the global environment would likely weigh on the Fed’s thinking. Our US economists no longer expect the Federal Reserve to raise rates this year, keeping G4 yields lower for longer.

Another team of Credit Suisse analysts led by Lori Calvasina also noted other issues for U.S. companies and the stock market, as the value of the pound dips:

One of the things that helped US equities in the first half of the year was a weaker Dollar. Historically, when the Dollar weakens, the rate of upward Earnings Per Share estimate revisions for US companies gets an uplift, and early 2016 was no exception. In this context, we view a stronger Dollar as a risk to US equities in the back half of 2016, in that it could dampen sentiment around earnings.

We expected a Brexit outcome to have an asymmetric impact for equities, with downside exacerbated by unwind of long equity investor positioning… Going into this event, long/short equity and macro hedge funds had higher equity exposure than average, while mutual fund cash balances have remained low and retail investor equity exposure were close to 2007 highs. This comes at a time of a weak fundamental backdrop, where corporate earnings are expected to contract for a fourth consecutive quarter (third quarter of 2015 to estimated second quarter of 2016). We see another 5 to 10% downside to the S&P 500 in the short term as likely, but we maintain our 2016 year-end price target at 2,000.

The “Leave” vote also has other troubling ramifications, notes Deutsche Bank analysts led by David Bianco. The referendum means that further shocks across the EU could be possible:

The U.K. referendum hasn’t brought any closure to the divisive issues underlying Europe’s spreading economic and social discontent. There is much to be contemplated here that goes well beyond our expertise, but we see this as a sign of Europe’s increasing fragility. We have long considered Europe a large and resilient part of the global economy, albeit not an engine of growth, but this outcome points to greater risks. Britain’s economy is among Europe’s strongest and yet half its electorate is so dissatisfied with the direction of E.U. policies and influence that it chose the risky exit vote. How E.U. leaders respond to this rebuke is critical if voter and investor confidence is to be restored.