Data Centers Are No Longer The Energy Hogs They Once Were 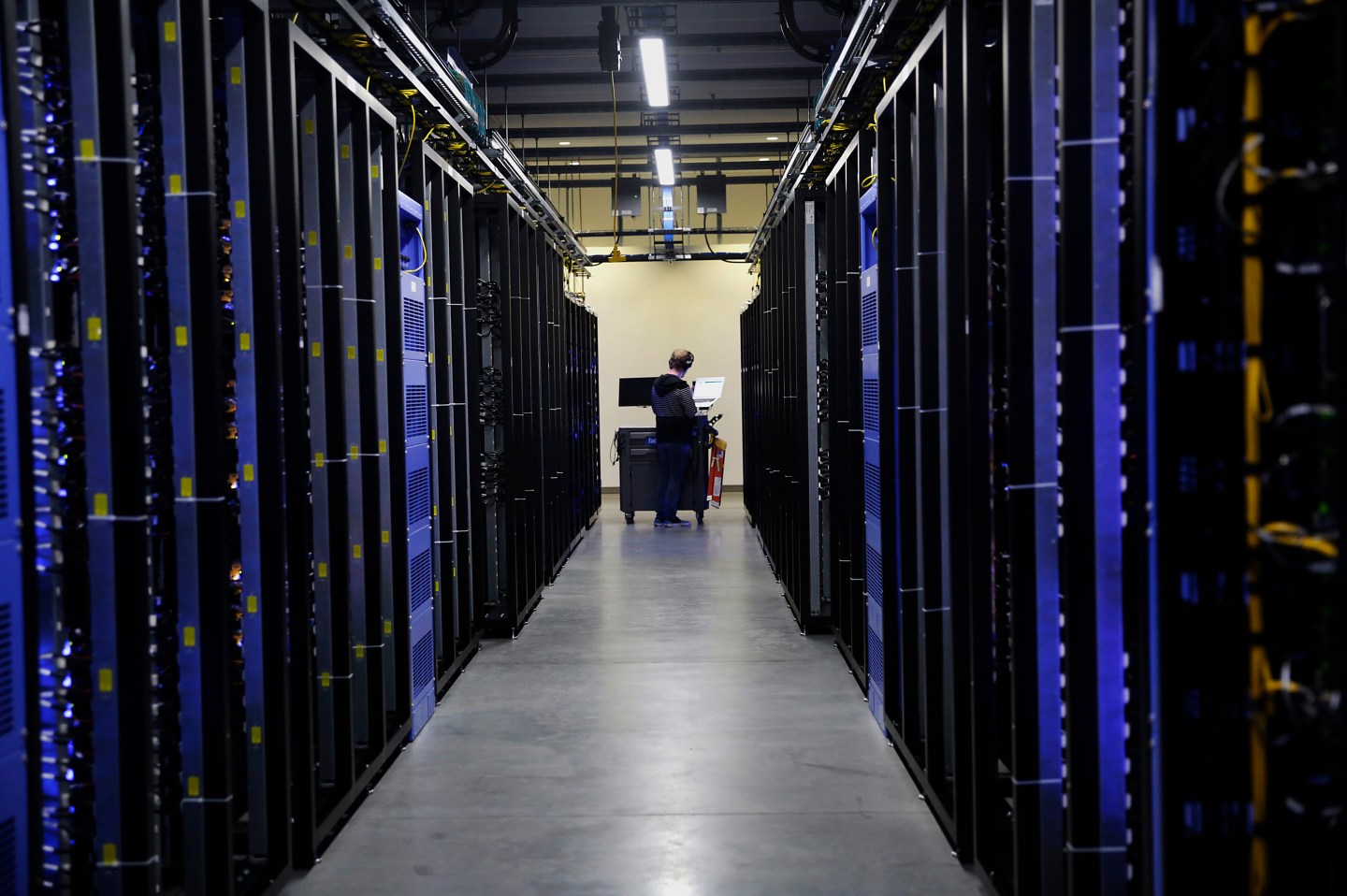 An employee fixes part of a web server inside the Facebook Inc. Prineville Data Center in Prineville, Oregon, U.S., on Monday, April 28, 2014. The Facebook Prineville Data Center features leading energy-efficient technology, including features such as rainwater reclamation, a solar energy installation for providing electricity to the office areas and reuse of heat created by the servers to heat office space. Photographer: Meg Roussos/Bloomberg via Getty Images
Meg Roussos — Bloomberg via Getty Images

Efforts by some of the world’s largest Internet companies like Google, Facebook and Amazon to reduce the amount of energy their data centers consume is now bearing fruit.

According to a new report released on Monday from Lawrence Berkeley National Laboratory, the number of data centers has grown rapidly over the past several years to power our connected devices and always-on lifestyles. But the energy needed to support that growth has actually been flat.

That’s a big deal because it means that data centers don’t need to be as power-hungry as they once were. An analysis in 2008 also conducted by the Lawrence Berkeley Lab found that the amount of energy that data centers consumed was doubling every five years.

If data centers continued on that energy-intensive path, they would consume far more than the nearly 2% of total U.S. electricity they currently devour. This naturally caused major concern with Internet companies, which would have to pay for the extra costs for the additional power, along with policy-makers and environmentalists.

For more on data centers watch our video.

Instead, in recent years some of these massive Internet companies have intently focused on making their data centers operate more efficiently. These changes include building new data centers so that they use the outside air for cooling, instead of depending on power-hungry air conditioners to cool down servers, the computers that run the Internet.

Companies like Google eagerly adopted energy efficiency software in data centers, and built servers so they can automatically switch to a lower-power state when they’re not being used heavily. Companies also opted to use fewer servers by running each server they had more aggressively.

While the Internet companies that adopted these measures should be applauded, there’s another benefit to lowering energy consumption beyond environmentalism: savings. The collective energy savings from all these data centers over the past decade could equal $60 billion, says the report.

However, these types of savings aren’t being seen in most smaller and less efficient data centers by other companies. That could be because the companies that operate smaller data centers don’t have the resources of a company like Google to make upgrades. Google, for example, designs and makes its own servers, which most companies don’t do.

Smaller data centers will still account for about 60% of the energy used by data centers in the U.S. by 2020, the report predicts. But this means that there is still plenty of room for the smaller companies with data center to adopt the energy efficiency practices of the larger companies.