The 4 Things You Must Do Before You Hire a Friend 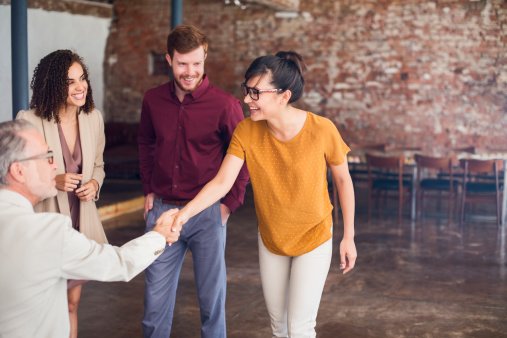 The Entrepreneur Insiders network is an online community where the most thoughtful and influential people in America’s startup scene contribute answers to timely questions about entrepreneurship and careers. Today’s answer to the question “What should you do when your friends ask you to hire them?” is written by Tom Schryver, executive director of the Entrepreneurship and Innovation Institute (EII) at Cornell’s Johnson Graduate School of Management.

Hiring your friends is just like hiring anyone else – but you turn all of the associated issues up to eleven.

The fundamental principles should remain the same – you should have in mind a role that fulfills a genuine need of the company, and make sure the person meets the minimum skill level. The person should also be as complementary to the mission and culture of the organization as possible. After all, there’s no faster way to torpedo a strong team culture than having someone there who gets away with bad behavior because he’s buddies with the boss.

A key test of fit is motivation, and the best evidence of future behavior is past behavior. Has this friend been distant from your enterprise until she suddenly found herself in need? Or is this is a friend who has demonstrated ongoing interest and commitment to your cause – a person who has perhaps even helped you stuff envelopes, print flyers, review pitches, or edit your business plan? That will tell you a lot about her interest is in sharing in the burden of the project. Helping the friend is a short-term thing. The friend’s desire to help the company is critical for their long-term success as an employee – and yours as an entrepreneur. Your shared long-term success needs to be the priority.

Related: Why You Should Never Take a Job Just for the Money

The other key hiring challenge also exists when hiring friends, but with outsized impact: recognizing that sometimes you will get it wrong. Rarely does a leader go in to terminate an employment relationship thinking “well, I saw this coming when I hired that so and so” – whether that person was a friend prior to hiring or not. But if you want quality people who weren’t prior friends to stick around, you need to demonstrate clearly that you are willing to apply fair standards to everyone on the team. This means that you must be willing to separate a friend from your business if things don’t work out – even if that means that they won’t be your friend anymore.

Given that, what do you do about a friend who asks for a job?

1. Deeply assess your need for the role. If you wouldn’t post a position and hire a skilled person who wasn’t already your friend, you’re not doing your friend any favors by considering them.

2. Think hard about the candidate’s fit and motivation. Has the person proven herself willing to commit to the shared goal of the company? Or did he only become interested in your work when they had a need?

3. Plan thoroughly and with a clear head. What’s the position? What will this person do day to day? What is he responsible and accountable for, and to whom does he report? What are the limits on his decision making? What does success look like? What are potential stumbling blocks, and what are potential signs that he’s not working out?

4. Have a tough conversation. If the person isn’t a fit, give your friend the respect of saying so directly and clearly; offer assistance and references if you can, but offering false hope helps no one. If the person is a fit, clearly articulate their role, their status in the organization, the limits on their decision-making authority, and how you expect them to behave with you in a work setting. Critically, explain that while you are excited to have them on board and are optimistic about your shared future, you will hold them to the same standards as any other employee – up to and including termination if need be. If you’re unwilling or unable to have an honest conversation about what would happen if things go bad, then better to not have an honest conversation about starting at all. Make up a reason why you can’t hire right now and move on. It’s better to have a small amount of discomfort in the short term than to create long-term pain for both of you.