Britain Votes to Exit the EU 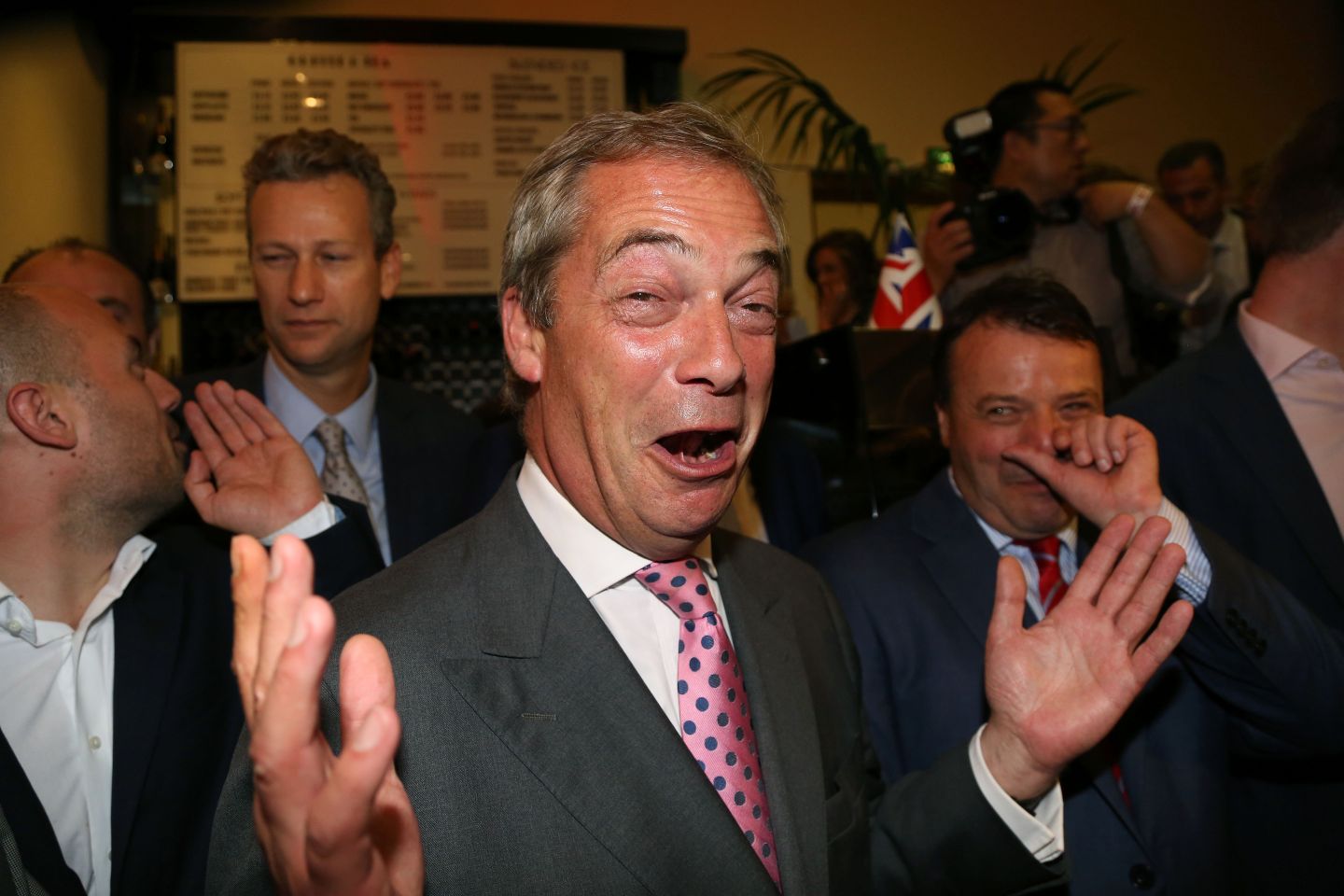 The Brexit has happened.

The United Kingdom has voted to leave the European Union after 43 years, in a resounding revolt against its political elite that puts question marks not just over the future direction of Britain, but of Europe and the even the global economic order.

With over three-quarters of the vote counted, the Leave campaign leads by over 4 percentage points, giving it a virtually unassailable lead. While Prime Minister David Cameron, who led the Remain campaign, has yet to comment, Nigel Farage, who anti-EU Independence Party, has already claimed victory, telling supporters that June 23 would go down as the country’s “Independence Day.”

Financial markets in Europe are preparing for a chaotic opening, with the pound having fallen over 10% overnight to its lowest level in over 30 years against the dollar. The euro, too, is falling sharply against the dollar as markets flee to safety while they wait for the official reaction from the Continent. George Soros predicted a plunge in the pound if Brexit was successful. And here is what some people said would be the Brexit worst case scenario.

A vote for Brexit is widely expected to galvanize the protest movements that have made such gains in European politics in recent years, such as France’s far-right Front National party, whose leader Marine Le Pen has already said she will press for a similar referendum.

Markets were generally unprepared for “Brexit” after the last opinion polls, and more important Britain’s widely watched bookies, before the vote had pointed to a victory for the Remain camp. The Bank of England, the IMF, and OECD, as well as the Fed’s Janet Yellen, have all warned of a severe bout of volatility after a “Brexit” vote, with longer-lasting damage to the economy as a result of higher uncertainty, lower investment and more obstacles to trade.

Analysts saw the vote as a devastating rejection of the status quo by a population that feels left behind by globalization, for which European integration is a visible if incomplete proxy.

“I think what’s happened is that people have expressed real anger and a sense of being ignored by the system, a sense that they aren’t listened to, and that whoever they vote for, nothing really changes,” Steve Hilton, the policy guru who masterminded David Cameron’s rise to Prime Minister, told the BBC.

“What we’ve got is a protest from communities that have been under the most pressure, and what the Leave campaign has done is to make a scapegoat of the European Union as the cause of that pressure,” said Labour’s defense spokeswoman Angela Eagle.

The writing had been on the wall for Cameron’s campaign from an early stage in the evening, which opened with a string of big victories in the post-industrial heartlands in the North-East of England. Although the Remain campaign, as expected, had more success in Scotland and in London, it consistently fell short of expectations in any area where economic growth has lagged over the last years and decades.

There is sure to be immediate speculation over the future of Cameron himself, with many predicting his resignation more or less immediately. The Daily Telegraph newspaper, which is close to Cameron’s Tory Party, reported that there was pressure from senior lawmakers for him to stay, although to many he appears a dead man walking.

“I think it would be very hard in those circumstances for him to remain,” former Business Secretary Vince Cable told the BBC. “If you’re the Prime Minister, You have called the referendum, you have laid your reputation on the line.”

Cameron is expected to notify the EU this morning that the U.K. is invoking Article 50 of the Lisbon Treaty, under which the two sides will have an initial two years to agree how their relations will look in future.