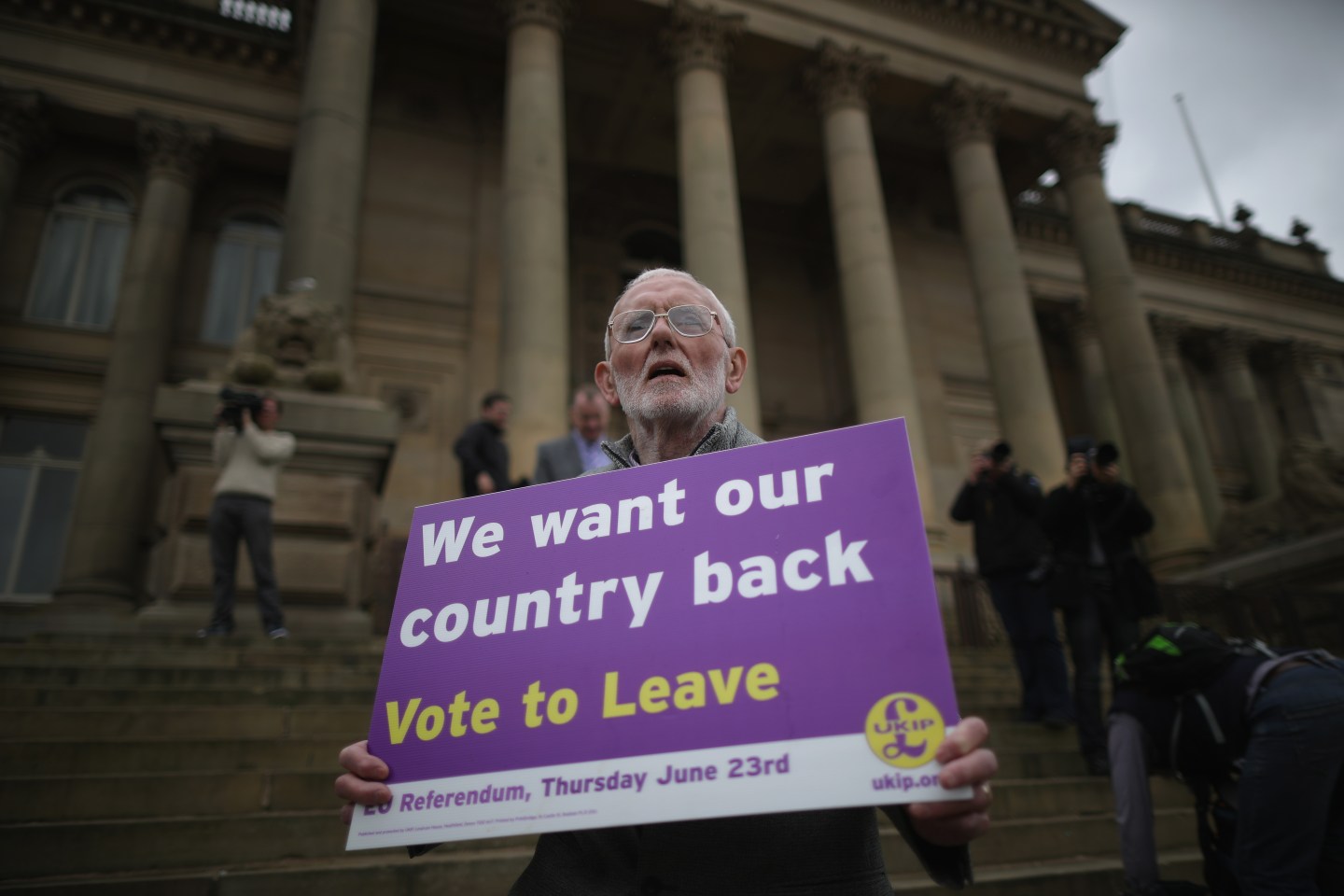 Polls show that only 28% of Americans know what Brexit is, but if Britain does vote to leave the European Union Thursday, chances are that number could rise significantly.

That’s because some economists are worrying that a vote for Brexit could trigger a currency crisis that could even threaten the soundness of some British financial institutions. And while a Brexit vote would likely have a limited effect on the U.S. economy, turmoil in financial markets could affect American investors and Federal Reserve policy decisions.

So how could a Brexit vote cause a currency crisis? Carl Weinberg of High Frequency Economics explained as much in a note to clients Thursday morning. He estimated that the value of the British pound could fall by 15% as currency traders worry that leaving the EU could dampen exports and therefore British growth. Under normal circumstances, a drop in the currency would boost exports, but Weinberg argues that because British companies tend to price their exports in foreign currency, that would not be the case here, and the price of both exports and imports would rise as a result.

The result: A £2 billion per month hole in the Britain’s trade deficit. “A malicious cycle would begin, because who in their right minds thinks a [trade deficit] equal to 8% of GDP is sustainable for poor old Britain,” Weinberg asks.

In order to finance such a large trade deficit, Weinberg writes, it would require the foreign investors to pour another £24 billion per year into the British economy just at the time when global investors would be growing increasingly suspicious of the economy. This could trigger a vicious cycle in which the pound continues to fall, forcing the Bank of England to raise rates to defend the currency and stamp out imported inflation, which would lead to the British economy weakening further.

Weinberg also writes that “you can make this story even scarier by noting that sterling denominated assets—like gilts, corporate bonds and equities—will all drop like a stone immediately as the currency breaks,” and that this dynamic could trigger serious losses at global financial institutions. He points to the “swiss franc event,” when the Swiss National Bank unexpectedly scrapped its cap on the Swiss franc’s exchange rate against the euro as an example of a surprise currency move that cause a financial institution to fail.

Weinberg says that this story is an “illustration not a forecast.” He’s not predicting that these are the events that will happen if Britons vote to leave, merely that big changes to political systems can sometimes wreak havoc in financial markets and cause wide ranging consequences.

In terms of how Brexit will affect the United States, the ramifications will likely be limited. The United States exported just $56 billion to the U.K. last year, and so even a large decline in those exports wouldn’t do much to an economy that produces $18 trillion worth of goods and services per year. But Fed Chair Janet Yellen has said that turmoil in financial markets caused by Brexit could affect her policy decisions, possibly causing the central bank to delay a hike in interest rates for fear of further rattling investors.