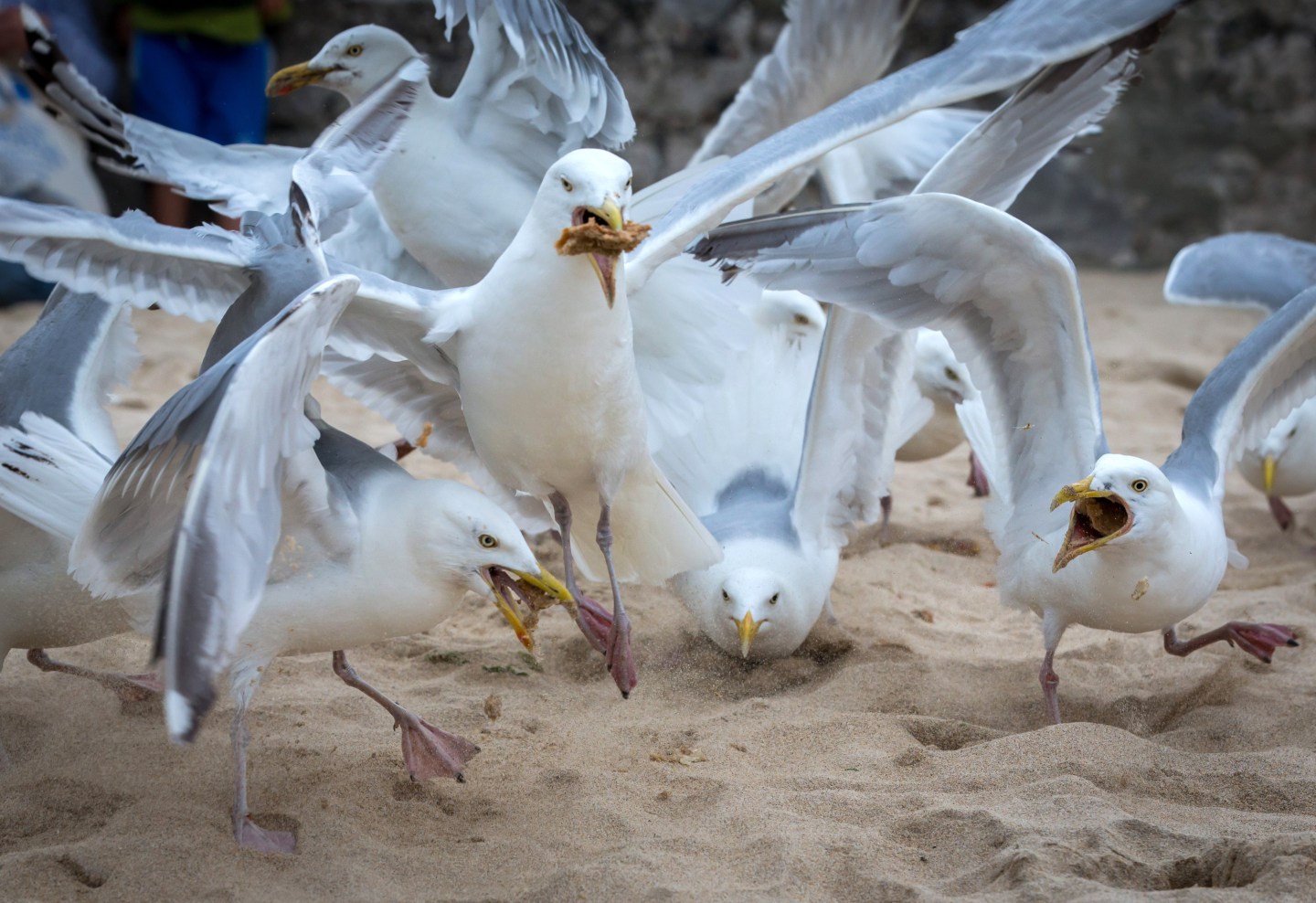 Seagulls on two continents have been found to carry a dangerous and highly drug-resistant form of E. coli, raising the specter that these birds could be spreading the deadly bacteria around the world.

Colistin resistant E. coli strains were found in the droppings of seagulls in Lithuania and Argentina, reported National Geographic. Researchers who found the bacteria think that the birds were infected by eating garbage that could have been contaminated with sewage or medical waste.

Colistin is a powerful antibiotic and is the last-resort antibiotic for multidrug-resistant bacteria, i.e. superbugs. It was created decades ago but fell out of use because of its potential toxic effect on the kidneys, which is why it’s still powerful enough to kill many stubborn bacteria. Resistance to the antibiotic is rare but was first found in a pig living on a farm near Shanghai in 2013 and colistin-resistant bacteria has continued to spread. It infected the first person in the U.S. in May, an unnamed 49-year-old woman in Pennsylvania who sought treatment for a urinary tract infection, leading many to worry that a new era of truly pan-drug resistant bacteria is upon us.

Now that the colistin-resistant bacteria has been found in seagulls, scientists are worried that the bacteria could spread wider and faster than previously thought.

“The lifestyle of gulls allows them to carry and disseminate pathogenic and resistant microorganisms despite country borders,” wrote the Lithuanian researchers. “Water contaminated by feces of birds should be foreseen as important risk factor for transmission of resistant bacteria.”

The colistin-resistant gene is still very rare in the U.S. The CDC has tested more than 55,000 samples of bacteria from humans, animals, and food to check for the strain. Only two samples from pigs slaughtered in Illinois and South Carolina were identified. The woman who was diagnosed this year has fully recovered from her infection but continues to carry the resistant bacterium in her system, and doctors haven’t yet figured out where she contracted the dangerous bacteria.

Officials are continuing to track the dangerous drug-resistant strain and are now building a surveillance system that can alert health systems and planners as it moves. It also provides yet another justification for better incentives that will spur innovation by pharmaceutical and biotech companies.