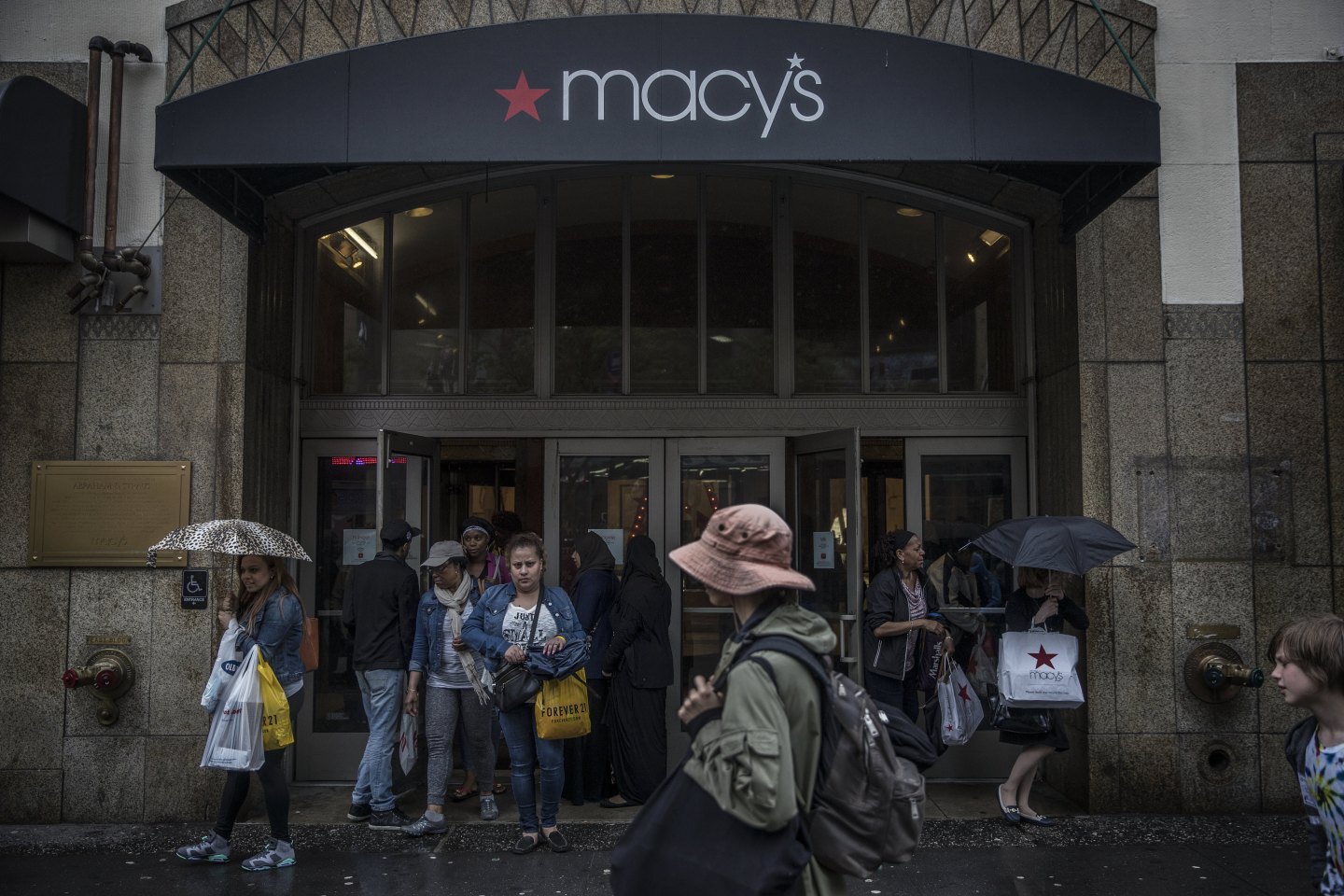 Macy’s stunned the world of retail on Thursday when it announced that longtime CEO Terry Lundgren would step down soon after the holiday season and be replaced by a handpicked lieutenant.

Even before the sales slump that has rocked the department store chain for the last five quarters, it was clear that Lundgren was setting the stage for his exit, having appointed former chief merchant Jeff Gennette, also a company veteran, as president two years ago. The Wall Street Journal reported that the Macy’s board accelerated the transition to give Gennette “the freedom to begin reshaping Macy’s now.”

The transition comes amid one of the bumpiest periods in Macy’s history: it suffered its largest quarterly sales decline since the Great Recession in the first quarter of 2016. Macy’s leading position in apparel has been eroded by online stores like Amazon.com (AMZN), discount chains like TJX’s (TJX) T.J. Maxx, and fast-fashion chains like H&M. Adding to the pressure, traffic at malls continues to declines.

On Lundgren’s watch, Macy’s has tried to respond to these headwinds by launching its own chain of off-price fashion stores, called Backstage. In 2015, it bought hip beauty chain Bluemercury. All the while, Macy’s became the sixth largest online retailer in the country, with 2015 digital sales of $4 billion. This weekend, Macy’s will unveil the prototype of its store of the future in Columbus, Ohio. That location will feature, among other things, a much more interactive beauty section.

In an interview with Fortune, Lundgren and Gennette dropped hints of how the company will further modernize itself. It will build on its licensing model and will lease more space in its 800-plus department stores to outside specialty retailers and add to its in-store experiences.

“The reality is that the store business is where we’ve got to create more of an experience for customers who want to spend not just time,” says Lundgren, 65, who became CEO in 2003 and turned Macy’s into a national department store.

Introducing The Finish Line (FINL) stores to Macy’s locations has been a big hit for the retailer in part because the retailer hadn’t been “credible in the athletic footwear arena,” says Gennette, who joined Macy’s in 1983 as an executive trainee and, like his boss, has climbed the ranks over three decades. Also, Best Buy (BBY) boutiques have helped Macy’s offering in electronics, a tough category for the retailer. Other such partnerships include Lids, and Sunglass Hut, the grandfather of such arrangements, which has made Macy’s an eyewear powerhouse.

As for Macy’s merchandise, both executives recognized that apparel has come to be seen as a commodity by many customers. So Macy’s is beefing up its exclusive merchandise and tapping its vendors to achieve that goal.

Nevertheless, the company expects sales to fall this year. For now, the company is not sure when it will get relief. “People are certainly trading down, we’ve clearly seen that,” Lundgren says. “Is that secular or is that temporary? That remains to be seen.”

Last year, the company announced it would shut 40 stores and cut 4,000 jobs. Macy’s is also looking into options to extract value from its major stores without spinning them off into a real estate investment trust. When Lungdren took over in 2003, Macy’s had 394 department stores with annual sales of $15.44 billion in revenue. Now, thanks in large part to a 2005 acquisition of May Department Stores, that is up to 870 stores with 2015 sales of $27.1 billion.