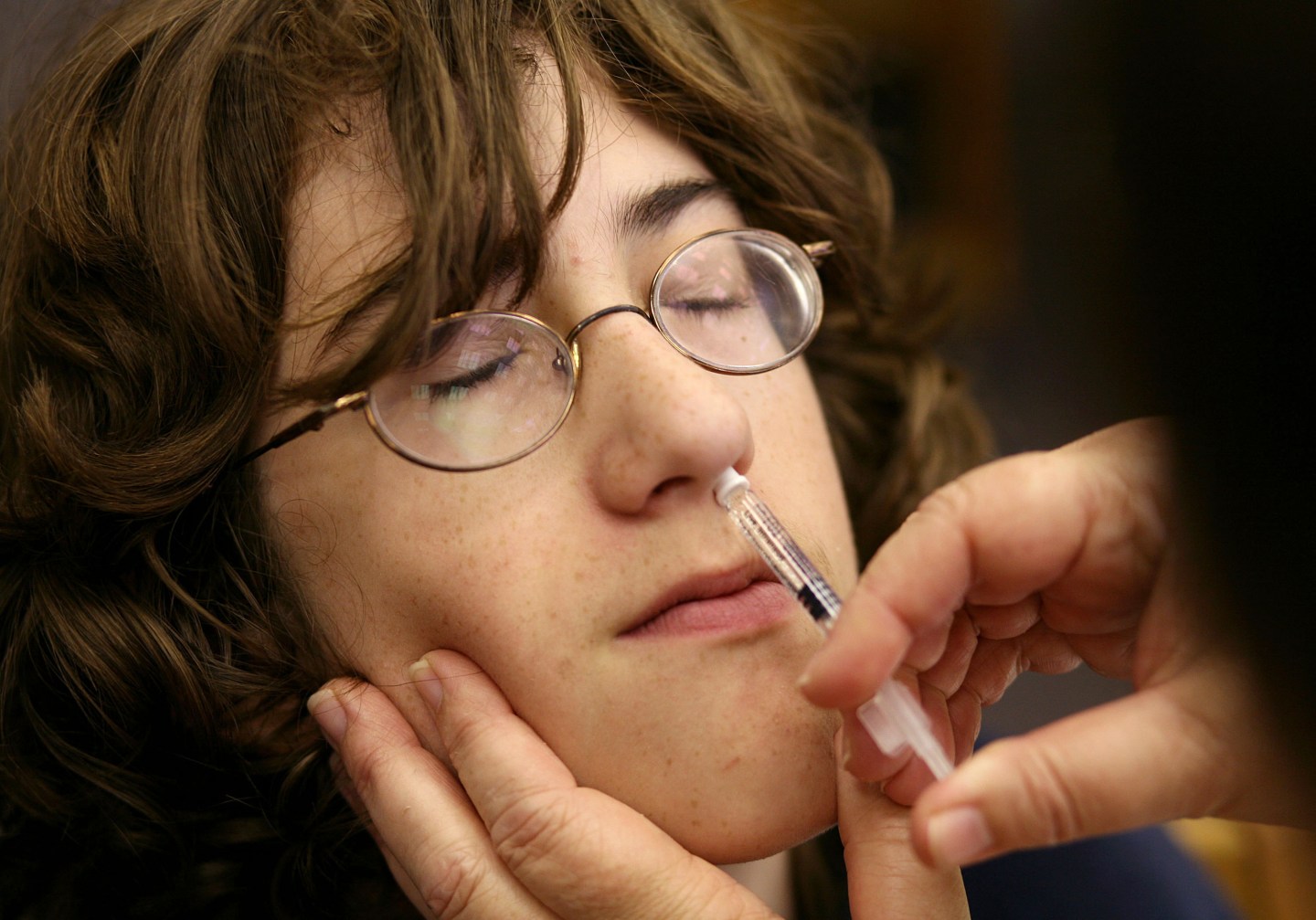 Want to get vaccinated for this fall’s flu season? Hopefully, you don’t mind needles.

Health officials from the Centers for Disease Control (CDC) on Wednesday said that AstraZeneca subsidiary MedImmune’s popular nasal spray flu vaccine, FluMist, is ineffective and shouldn’t be used by doctors at all this year. The CDC’s Advisory Committee on Immunization Practices (ACIP) cited 2015-2016 study data finding that FluMist was effective just 3% of the time in protecting children aged 2 to 17 against any influenza strain.

The data also showed that since 2013, the nasal spray, which uses a weakened version of the flu virus, has proven inferior to the traditional flu shot, which uses an inactive form of the virus. The agency’s data showed that more traditional injections had about 63% effectiveness in 2-to-17-year-olds.

The committee admitted that its unexpected vote would put some strains on the flu vaccine supply chain this year, especially for kids. Manufacturers had projected an arsenal of more than 171 million doses of flu vaccine in various formulations for the year, with about 14 million coming from FluMist.

“[D]ata from recent seasons suggests nasal spray flu vaccine accounts for about one-third of all flu vaccines given to children,” said the committee. “CDC will be working with manufacturers throughout the summer to ensure there is enough vaccine supply to meet the demand.”

AstraZeneca says the CDC’s data contrasted with its own findings and those of independent research organizations. According to the company, FluMist was effective 46-58% of the time in protecting against flu strains during the most recent season.

“AstraZeneca is working with the CDC to better understand its data to help ensure eligible patients continue to receive the vaccine in future seasons in the U.S.,” said the company in a statement. It also projected an $80 million inventory write-down for FluMist, which brought in $206 million in U.S. sales last year.

Making an effective flu vaccine is tricky business. Manufacturers basically have to guess which strains will be circulating in a given season. Sometimes, their guesses can be really far off-base—like in 2014-2015, when the virus mutated and didn’t match up with the vaccines drugmakers had stockpiled.