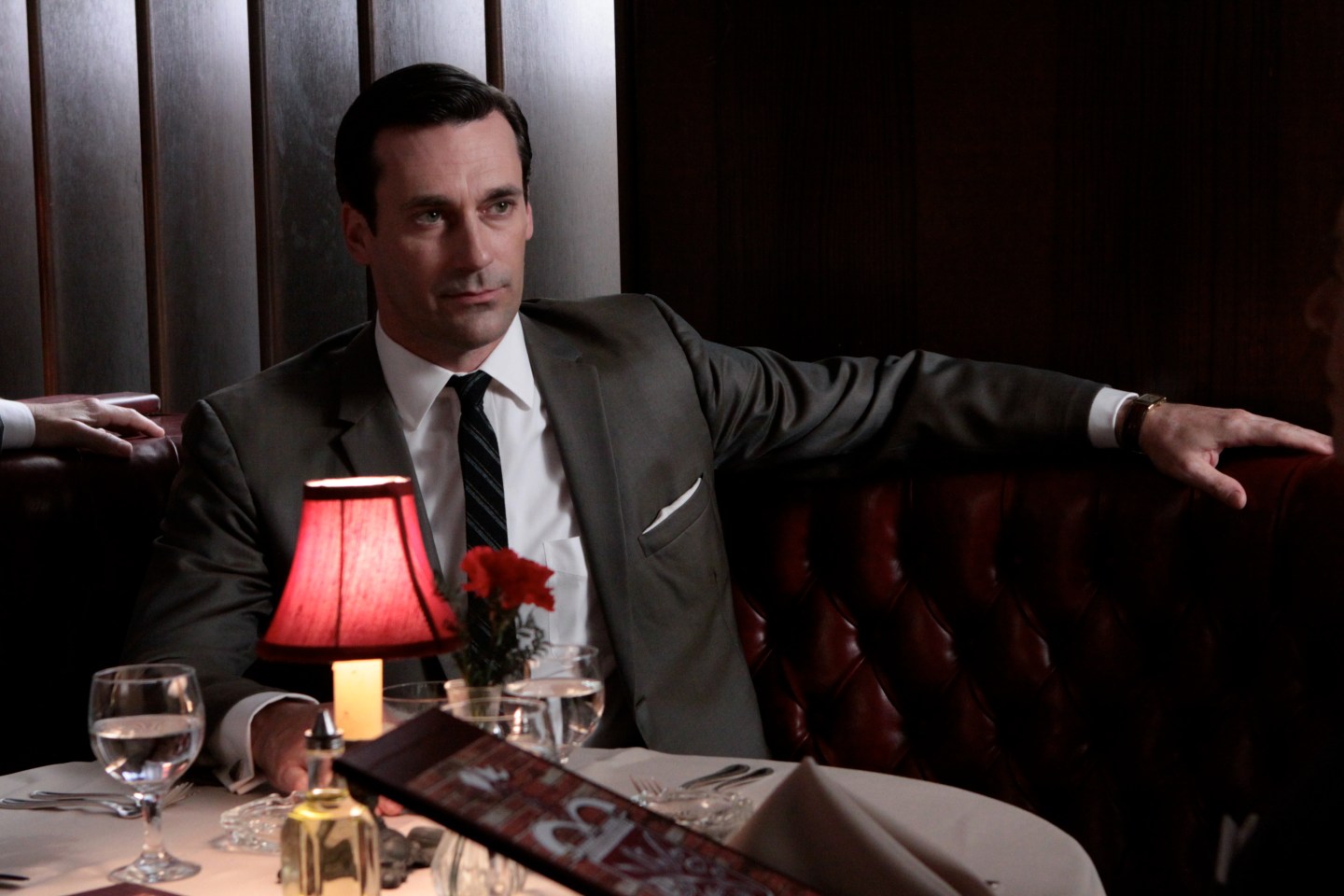 When Donald Trump filed his latest Federal Elections Commission report on Monday evening, there was an interesting expenditure: $35,000 for “web advertising” to Draper Sterling, a New Hampshire-based firm that seems to have cribbed its name from the television program Mad Men (in which Don Draper worked at Sterling Cooper).

When media outlets checked with New Hampshire state records, they found that Draper Sterling was located in the residential home of Jon Adkins, a longtime medical device sales executive who also co-founded a (now-defunct) “science and technical consulting firm” whose clients often included Republican politicians. One former company employee, for example, wrote on LinkedIn that his primary job was “providing professional canvassing services for Republican candidates.”

Adkins’ partner in that consulting firm was Paul Holzer, who is best known in Massachusetts political circles for his work helping to elect Gov. Charlie Baker. Adkins and Holzer currently are co-founders of a nonprofit biotech startup called XenoTherapeutics, which is focused on a new class of severe burn treatments.

Holzer spoke exclusively to Fortune, acknowledging his involvement with Draper Sterling, but stressing that it is completely separate from XenoTherapeutics (whose website went offline earlier today, but which has since returned).

“Part of the agreement with any client is that you sign a non-disclosure agreement, so I won’t discuss any specific work done for any specific client,” says Holzer, who also is a current student at Dartmouth Medical School. “Most people would say full-time is 40 hours, but every waking hour for me is a workday. So I’m at XenoTherapeutics full-time, at Dartmouth full-time and, on the side, I’ve got another way to pay the bills—since being a student and running a small nonprofit aren’t very lucrative. The Wright Brothers built bikes; I build spreadsheets.”

Holzer also wouldn’t rule out that Draper Sterling won’t appear on future FEC documents, saying “success begets success.” He does stress, however, that there was “nothing untoward” about the Draper Sterling work, despite some published speculation that it was linked to yesterday’s firing of Trump campaign manager Corey Lewandowski (who lives near Jon Adkins in New Hampshire). “I think it was just some coincidental timing that made this interesting… people will be disappointed when they find out the facts.”

XenoTherapeutics is based, in part, on Holzer’s experiences as a Navy Seal in Afghanistan. He says that he was stunned by the severity of burns caused by blast trauma—both for soldiers and civilians—calling them “catastrophic.”

Upon returning to the U.S., Holzer worked as a pre-doctoral fellow at Massachusetts General Hospital, where one of the doctors was working on a technology related to a genetically-modified line of pigs, in which the goal was to enable big solid organ transplant tolerance without a lifetime regimen of immunosuppressants. One byproduct was that the skin could act as temporary wound coverage, and Holzer and his Mass General boss—Dr. Curt Cetrulo, who recently helped complete the first-ever penis transplant for a cancer survivor—published some related research, and then chose to launch XenoTherapeutics (where Cetrulo serves as chief medical officer).

Boston-based XenoTherapeutics is structured as a 501(c)3 nonprofit, in order to enable it to raise money via grants, as Holzer says there isn’t necessarily enough money in burn treatment to attract many venture capitalists. It has, however, been accepted into the latest MassChallenge business incubator program, where it takes up residence later this week.