This Cycling Startup Expects $150 Million In Revenue This Year 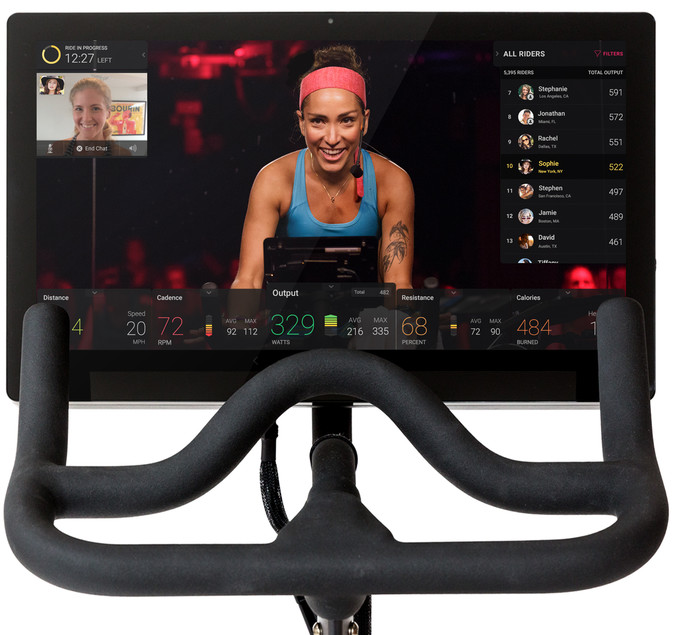 The list of Internet connected devices for the home like smart thermostats, lightbulbs, and hubs that serve as voice-activated virtual assistants continues to grow. Now Peloton, a New York city-based startup, wants to bring its Internet connected fitness bicycles into people’s homes.

The company sells a $1,995 bike that comes with an attached tablet for streaming spinning and exercise classes live. Customers pay $39 monthly to peddle along during an unlimited number of classes.

Peloton’s bikes are similar to what you might find at SoulCycle, the gym chain known for its high-intensity spinning classes. There is a knob just under the handle bar for controlling the resistance. And like Soul Cycle, many of the classes include a mix of weights and spinning.

But instead of being surrounded by 30 other sweaty classmates and an instructor screaming at you to cycle faster, you are able to exercise in the comfort of your own home. Classes range from 30 minutes to 90 minutes.

Another thing that separates Peloton’s bikes from the rivals is the mini computer that is attached to the bike, explained the company’s chief technology officer, Yony Feng, a former Cisco and Skype engineer. Feng said that the bike’s sensors collects data like revolutions per minute, speed, and distance, which is transmitted via Internet to Peloton. During classes, riders can have their speed matched against others who are taking the same class at the same time. The screen shows a leaderboard of who is performing the best in a given class.

Since publicly premiering in early 2014, Peloton has sold close to 40,000 bikes. Based on the cost of its bikes, that represents around $80 million in sales over the past two years, excluding revenue from subscriptions.

The company claims that it is profitable, but didn’t reveal any further financial details.

By comparison, SoulCycle, which filed for an initial public offering last year but has yet to debut on the pubic markets, had $111 million in revenue in 2014 and is profitable. Sales are on track to grow in 2015, but the cycling giant has yet to release full year financial results. Soul Cycle has also create other sources of revenue besides class fees, including selling merchandise and renting shoes. Equinox CEO Harvey Spevak recently said that the company delayed its IPO due to the fluctuating market conditions for IPOs in the U.S.

In terms of funding, Peloton has raised $120 million from Catterton, Tiger Global and True Ventures. The company is mainly focused on selling to the consumer market through online and through its 50 U.S. retail locations rather marketing to gyms or hotels.

For more on startups, watch this:

SoulCycle could be planning encroaching on Peloton’s turf by offering in-home classes and by selling its bikes. SoulCycle hinted at the possibility in its IPO filing, writing, “we believe there is also an opportunity to expand SoulCycle class content to an ‘at-home’ audience. We intend to explore these brand extension opportunities going forward.”

As for what’s next, Feng said that Peloton sees itself as more than just a cycling company, but rather a fitness company. For example, Peloton plans to add other types of workouts to its streaming service such as yoga. Already, the company has an iOS app that lets members access cycling classes remotely even when they are not using Peloton bikes.