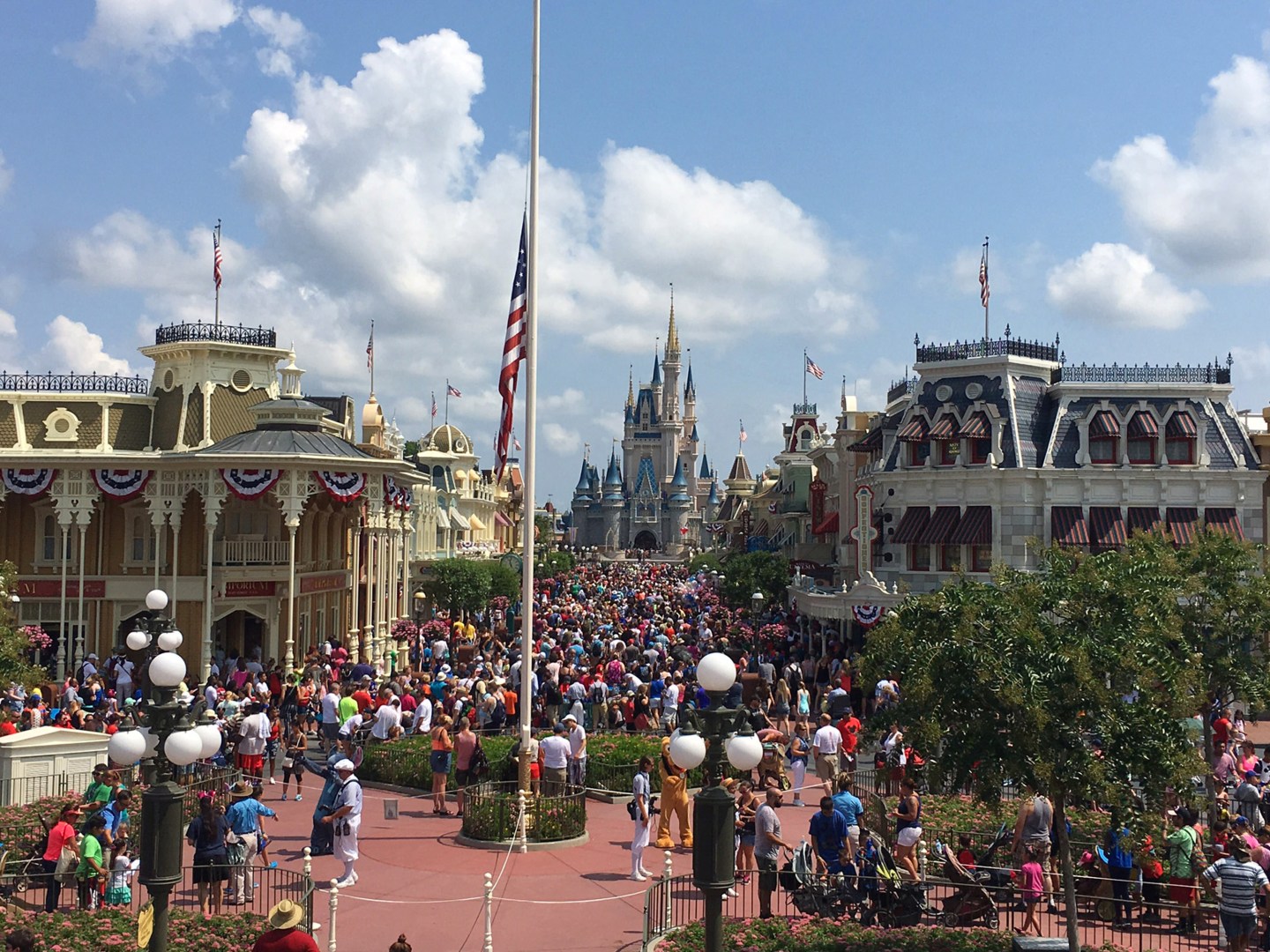 Walt Disney World, the world’s biggest theme park, based in Orlando, is having an awful week. And it seems to be getting worse.

Two days after a mass shooting in an Orlando gay nightclub raised concerns about home-grown terrorism, a two-year-old boy visiting Disney’s Grand Floridian Resort with his parents was snatched by an alligator while playing in the lagoon.

Now, questions are being raised about how Disney (DIS) handled a known alligator problem.

The theme park closed all of its beach resorts and recreational marinas after the alligator attack. The company also beefed up security, including canine units and “less visible” stealth security systems throughout the area, the Wall Street Journal reported. The company also promised a “thorough review” of its security and signage.

Calming nervous guests may be easier said than done. The Seven Seas Lagoon is at the center of Disney’s on-property resorts, including the Grand Floridian, Polynesian Village Resort and the Contemporary Resort. Guests coming to and from the Magic Kingdom on the monorail are afforded an extended view of the lake where an alligator dragged a guest to his untimely death.

Perhaps most problematic will be the newly-renovated Polynesian Villas & Bungalows, luxury accommodations which are directly on the lake.

Those villas have become a focus in the last 24 hours, with The Wrap reporting that visitors staying in the $2,000-a-night rooms, which offers them “direct” access to the water, often fed the alligators. Concerns raised by the staff were dismissed, according to the report.

Separately, a former guest told CBS that his son was also threatened by an alligator. San Diego attorney David Hiden says his boy was approached last year by an alligator at the Coronado Springs Resort, a hotel with water access.

“He was playing, and looking for bugs and stuff. Then, all of a sudden, I looked past his head and I see this alligator, maybe 6 or 7 feet, bee-lining it straight for him,” he said.

Disney declined to comment to The Wrap. Disney didn’t immediately respond to Fortune’s request for comment. (This story will be updated if Fortune receives a comment.)

Disney CEO Bob Iger, in Shanghai, China, for the opening of a massive, new theme park, reportedly phoned the family of the boy to offer his condolences. Disney also said it would donate $1 million to a fund for the Orlando shooting victims and their families.

Disney’s Orlando parks are America’s number-one tourism destination, with a record 66 million visitors in 2015. The Magic Kingdom, Disney’s signature resort, is the world’s most-visited theme park, according to the Themed Entertainment Association, with 20.4 million annual visitors last year, a 6 percent increase from 2014.

So far, Disney’s stock has been unaffected by the events. And the prospects for its new weekend release, Finding Dory, are positive, as it has racked up a score of 95% on Rotten Tomatoes. Meanwhile, officials say they haven’t seen any change to tourists’ plans in the wake of the Orlando shooting. George Aguel, the president for Visit Orlando, the city’s convention and visitors’ bureau, says it would be “premature” to speculate on future visitation trends.

“What we have seen is an incredible outpouring of support from people all over the world – for Orlando as a community as well as a cherished travel destination,” he says.

Canceling a theme park vacation on short notice is difficult, given the restrictive airline and hotel cancellation policies. It’s possible, though, that would-be visitors might consider another place to spend Thanksgiving, Christmas or spring break.

After the Sept. 11 terrorist attacks, Disney’s parks suffered an unprecedented wave of cancellations. By October 2001, there were no lines for even the most popular attractions. The bounce-back was painfully slow and by some measures, took months if not years.

“This is no different than Paris and the ensuing loss of travel and tourism which has hurt the hotels and other venues,” says Frances Kiradjian, founder of the Boutique & Lifestyle Lodging Association. “However, they are coming back as the travel industry has touted the many amazing things the destination has to offer as well as the fact that now is a good time to visit as there are more value offers and discounts available than ever before for flights and hotels.”

If there’s a consensus, it’s that last week’s events will affect demand, possibly leading to some discounting at Disney. The aftershocks could be felt in Orlando and beyond, since theme park vacations are often only part of a vacation, particularly for international travelers. That may present be an opportunity for visitors who couldn’t afford a theme park vacation this year, but it won’t be anything on the order of the fire sales held almost 15 years ago.

Update, 1:30 PM: This story was updated to include mention of Disney’s stock and its new film, Finding Dory.