Bill Clinton’s Magic Is Not Working With Millennials 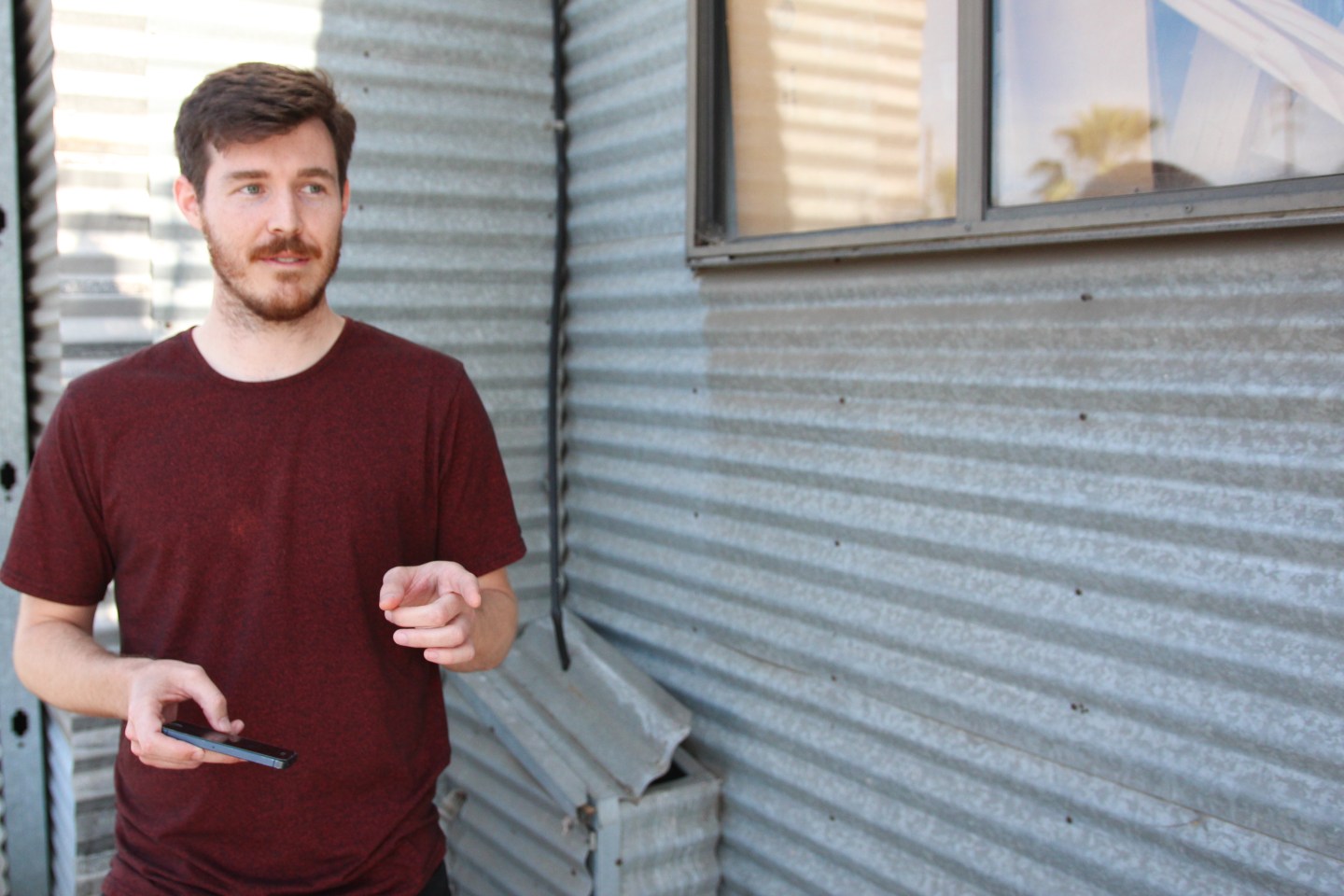 Alex Wells, 28, originally from Orange County, California, now Los Angeles, works in quality assurance for Headspace, a meditation app. “I don’t remember too much about it [Bill Clinton’s presidency], I just remember his picture being up on the wall in Kindergarten.”
Photograph by Noah Smith

For Millennials attending a Bill Clinton speech in Santa Monica on a pleasant Friday evening before the California primary, the former president occupies a space not unlike that of Pete Rose. That is, Millennials (and I am one) have a vague sense, derived mostly from second-hand accounts, that this man did some great things, had some missteps, and is worthy of seeing in person—at least if the event is free and does not require fighting Los Angeles Friday traffic (to be fair, few things in life are worth fighting LA Friday traffic).

But even for most of the young pro-Hillary voters in attendance on Friday—and these are ones who started their weekend by coming to see Bill Clinton in person—support for Hillary is not strongly connected to her husband’s campaigning, a sentiment reflected in an early January 2016 New York Times/CBS News poll that found 66% of Democratic primary voters felt he made no difference in their support for her.

To those who lived in the U.S. during Bill Clinton’s 1992-2000 Presidency—an era of positive economic indicators, relative peace, and overall optimism that ended with him having a 66% approval rating, according to Gallup—it would have been hard to imagine that President Clinton’s record would one day be politically impotent.

“There were various social and economic indicators that indicated he had a successful presidency,” said Dr. Jon A. Krosnick, professor of communications, political science and psychology at Stanford University. But, Krosnick added, “The public does not take a long view of who should get credit…He is a presence now and will be judged on what he does and says now.”

According to a recent poll by Quinnipiac University, Bill Clinton’s approval rating is now 48%/46% favorable/unfavorable, which is notable because presidents usually receive a bump in ratings after they leave office. This includes George W. Bush, whose approval rating now rivals President Clinton’s despite having left office with an approval rating of only 34%, according to Gallup.

In the Quinnipiac poll, individuals aged 18-34 split 48%/41% for Bill Clinton, which makes them slightly more supportive of him than the rest of the population. That spread could rise as the election nears, though, as Millennials are the most left-leaning generation alive, with a 16% spread in support of the Democratic party, according to a 2015 report from the Pew Research Center.

“This is data being collected during a somewhat heated political campaign,” said Mike Hais, a retired University of Detroit professor of political science and co-author of three books on the Millennial generation. He expects the number of Bill Clinton supporters to rise in the general election, buoyed by a more positive assessment of both Clintons by Sanders voters.

“Secretary Clinton has been challenged by someone from her political left and she is more a centrist,” said Hais. “Sanders supporters will rally behind her in a general campaign.”

At the Santa Monica rally, Alex Wells, 28, explained his feelings about Bill Clinton, in between drags on a cigarette.

“I don’t remember too much about it [Bill Clinton’s presidency]. I just remember his picture being up on the wall in Kindergarten,” said Wells, who works for Headspace, a meditation app.

Asked if Bill’s time in office was influencing his decision to vote for Hillary, Wells said, “Not at all. It’s because the alternative [Trump] is so terrible.”

Natasha Collier, 18, said she had a mostly positive take on Bill Clinton’s presidency, but with a few reservations.

“His presidency was pretty positive,” she said. “There a few glaring mistakes, but overall it was one of the best we’ve had, except for policies like his crime bill [The Violent Crime Control and Law Enforcement Act of 1994], DOMA [Defense of Marriage Act[, and DADT [Don’t Ask Don’t Tell].”

Still, she said Bill Clinton’s time in office did not influence her support, and actually had the opposite effect.

“If anything, I think, ‘We need another Clinton?’ Actually, I prefer her not to be married to Bill,” she said.

For Austin Rovetti, 33, an entrepreneur, the chance to see a world leader in person was too good to pass up. Rovetti also had a more positive take on Bill Clinton’s role in the campaign.

“In my opinion, he was the first president to really try to connect with the young voter. He was a great president for eight years and obviously he is going to be able to bring that to the table in some form,” he said.

For all of the positive economic and social indicators during her husband’s presidency, such as the largest budget surplus in our country’s history, an unemployment rate around 4%, and an average GDP growth rate of 3.8%, it seems unlikely that Hillary Clinton will be able to successfully parlay it into the narrative of her own campaign. Especially since eight years have passed since she tried—and failed—to do so in the 2008 campaign.

“People will judge her by herself. President Obama will be far more important and it was his administration that she has been a part of,” said Hais.

Rather than focus on any single person as a surrogate, Krosnick pointed to forthcoming research of his that suggests that both candidates in this race would be better off if each tried to sell his or her party instead.

“Each [candidate] has so much baggage…. selling the parties is a very good way to go at the moment,” he said. “You can say, ‘You may not like Hillary, for example, but look how successful the country has been under Democrats.’”

While this may be true, back in Santa Monica, people are still interested in hearing the Democratic candidate’s husband. Though Bill Clinton’s been out of office for 16 years and is no longer in his prime, there is still an appeal to hearing a former U.S. president speak in person, even if it might not be enough to move the needle in the ballot box. Walking out after the speech, Ivan Barragan, 22, was content with his evening’s entertainment.

“He gave the same spiel as the last time I saw him,” he said, “but it was still exciting to see it.”