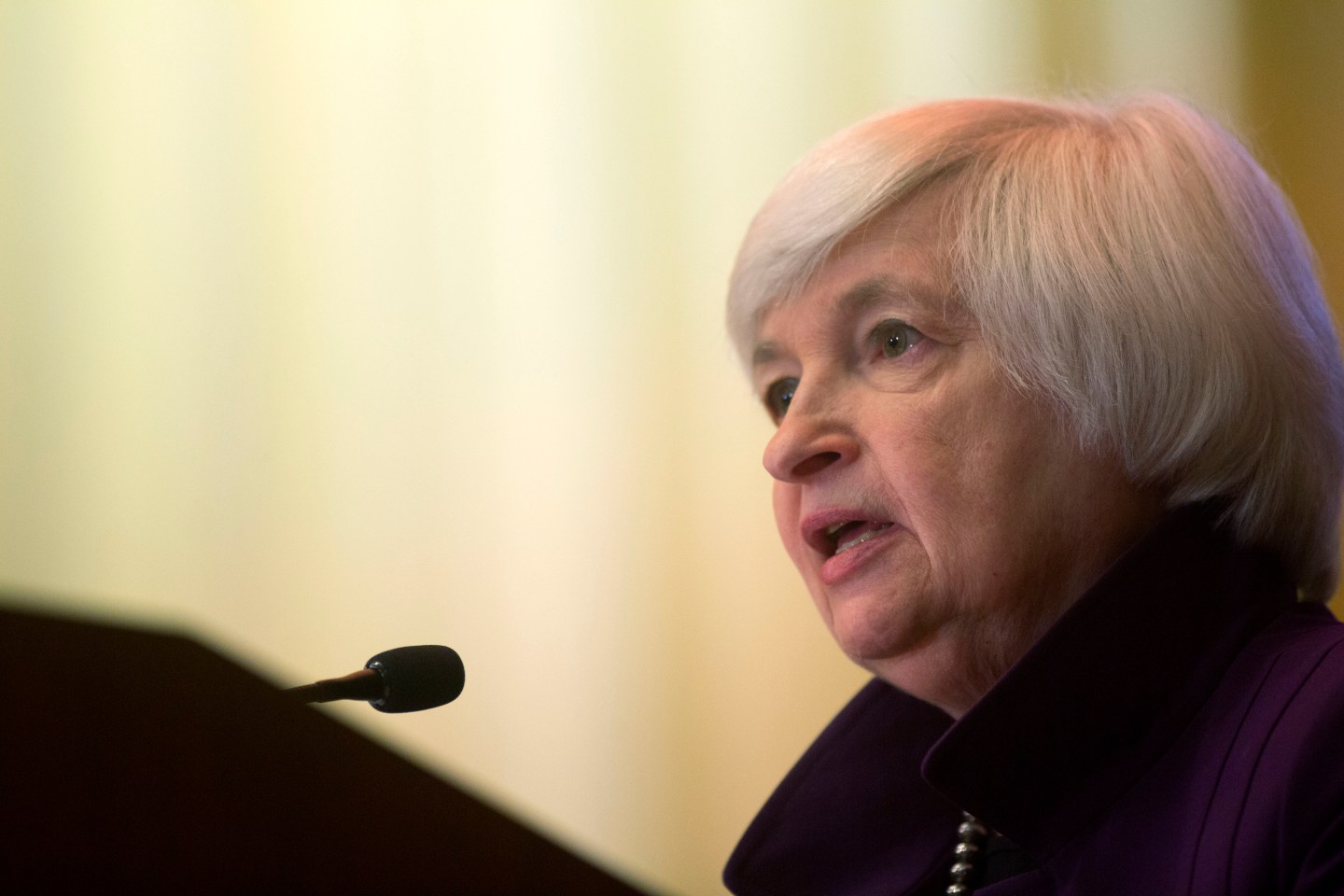 Brexit appears to have spooked the Fed, in part.

Speaking on Wednesday, at the press conference at the end of the Federal Reserve’s two-day June meeting, Yellen said that the possibility that England could leave the European Union was part of the reason U.S. central bankers decided not to increase their key interest rate.

“Brexit…is something we discussed and I think it’s fair to say that it was one of the factors that factored into today’s decisions,” said Yellen.

The United Kingdom is scheduled to vote on Brexit on June 23rd. It has been long assumed that UK voters will decide to remain in the EU. But as the vote has neared, polls have suggested that the vote could be closer than was first thought.

The Fed’s so-called dot-plot graph, which shows the expected path of rates from Fed members, seemed to suggest that the U.S. central bankers were still expecting to raise rates twice this year. But Yellen said that if the UK were to vote to succeed from the EU that could make it harder for the Fed to increase rates later this year.

“Clearly this is a very important decision for the United Kingdom and for Europe. It is a decision that could have consequences for economic and financial conditions in global financial markets. If it does so it could have consequences in turn for the U.S. economic outlook that would be a factor in deciding on the appropriate path of policy. It is certainly one of the uncertainties that we discussed and that factored into today’s decision.”