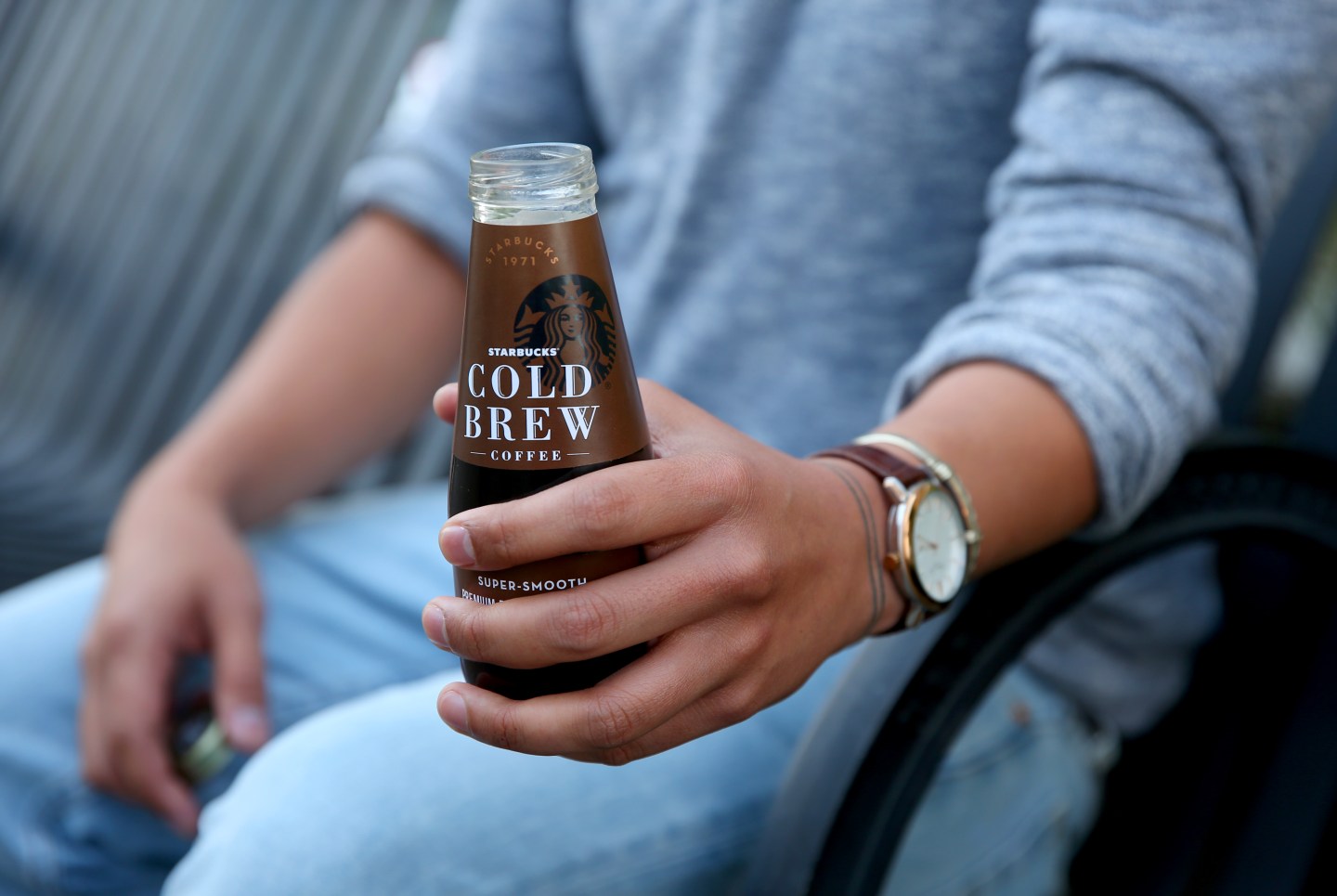 Starbucks is bringing cold brew coffee to U.S. grocery and convenience stores this summer on a bet that the slow-steeped drink beloved by coffee connoisseurs can have broader appeal.

The company announced that the ready-to-drink beverage will ship starting Wednesday and will show up on retail shelves next month. The launch is being handled by PepsiCo (PEP), which has worked with Starbucks (SBUX) under a 50/50 join venture that has grown to a $1.5 billion business to place various bottled iced coffees, espresso beverages, and frappuccinos at retail stores beyond Starbucks’ own network of restaurants.

Starbucks said its new blends are made from the same process used for its Nitro and Vanilla Sweet Cream cold brews, where coffee is steeped using cool water, unlike traditional iced coffee that’s made by pouring hot coffee over ice. They will initially retail at some Starbucks stores, as well as grocery and convenience stores in the Seattle and Portland regions.

Cold brew has become trendy in a coffee industry where consumer interest has tilted toward chillier offerings. Starbucks itself has helped popularize that trend, as its Frappuccino and other cold coffee-based drinks added to the menus over the years have helped sell more beverages during the summer. It also helped the chain venture deeper into warm weather markets, which Starbucks hadn’t tapped too aggressively until after the cold coffee trend took off.

The cold brew innovation has been relatively new, but fast growing at Starbucks. The chain first began to tinker with cold brews in 2014 with small test runs in Boston and San Francisco before expanding to more than 2,800 stores in early 2015. By the time the summer of 2015 hit, the drink went national.

On Wednesday, Starbucks also touted the importance of its relationship with PepsiCo as a distributor when it comes to the launch of cold brew and other cold coffee offerings. Interestingly, Starbucks opted for another partner – brewer Anheuser-Busch InBev (BUD) – when it announced the debut of a ready-to-drink tea line under the Teavana brand to tap the $1.1 billion-and-growing tea market.