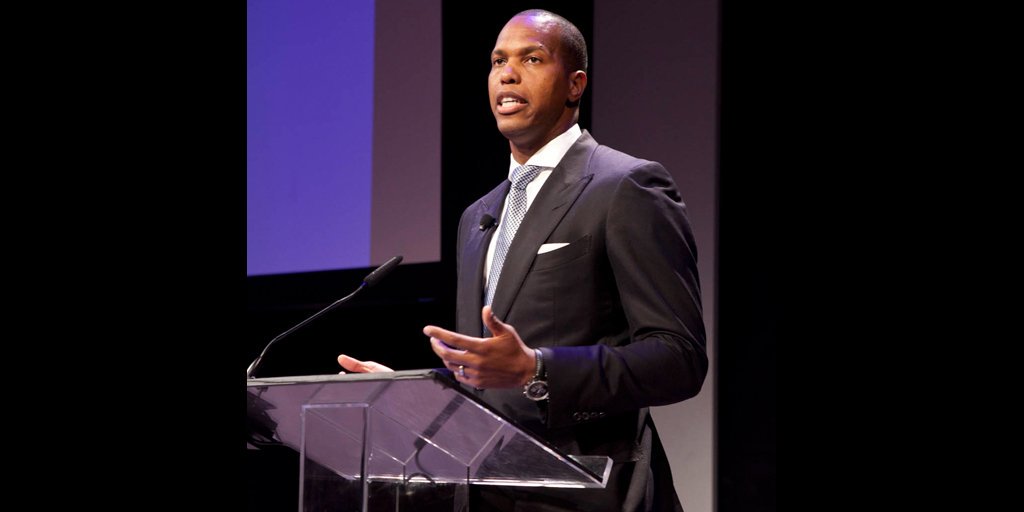 It’s officially summer intern season, and most corporations are preparing to welcome fresh-faced high school and college students of color as part of their diversity programs. Is a future CEO among them?

One of the best stories I’ve collected while on this beat is that of Mandell Crawley, the current Global CMO of Morgan Stanley (MS). Crawley is the highest-ranking African American in the firm, and has enjoyed a steady ascent to the C-Suite, starting as an intern in the Chicago office of Dean Witter Reynolds in 1992. The running buzz among the some 16,000 financial advisers who’ve worked closely with Crawley over the years is that he’s got what it takes to be CEO.

He sits on the firm’s management committee, “optically, that’s important,” he says. But how he got there was a combination of his hard work, intelligence, and the consistent willingness of powerful people who didn’t look like him to understand his development needs and advocate for him.

Sign up for raceAhead, Fortune’s daily dispatch on race and culture here.

Crawley grew up in Chicago’s south side, raised by hard-working grandparents—a waitress and an Oscar Meyer plant worker—who had migrated from the South. His plan was to keep it simple, finish vocational high school, and maybe study to be a teacher. He had heard about a high school internship offered by Dean Witter Reynolds and went for it. He showed up his first day in a gold suit, his only one and his Sunday best. “I don’t know why, but the manager of the trading desk just took an interest in me.”

That interest translated into a crash course into markets and finance, but also to how to order in a restaurant, how to ski, and appropriate work attire. “It was a window into how the world worked,” he said. The manager made arrangements for Crawley to continue working part-time while attending a local college. “He knew I needed the money,” he says.

Crawley navigated the world of post-9/11 high finance with dedication. But in 2008, a close sponsor who had been helping him make the transition into a bigger job abruptly left the firm. It was only then that Crawley realized how important those increasingly sophisticated relationships had been. “I felt rudderless,” he said. “I did have a brief moment where I was discouraged.”

For more on diversity, watch this Fortune video:

It’s a story that he shares when he speaks to employee affinity groups, in town halls, and colleges, but also with retail managers, advisers, and in the management committee. His point: Relationships matter. “Change always moves at glacial speed,” he says, “but the diversity rhetoric has real substance now.”