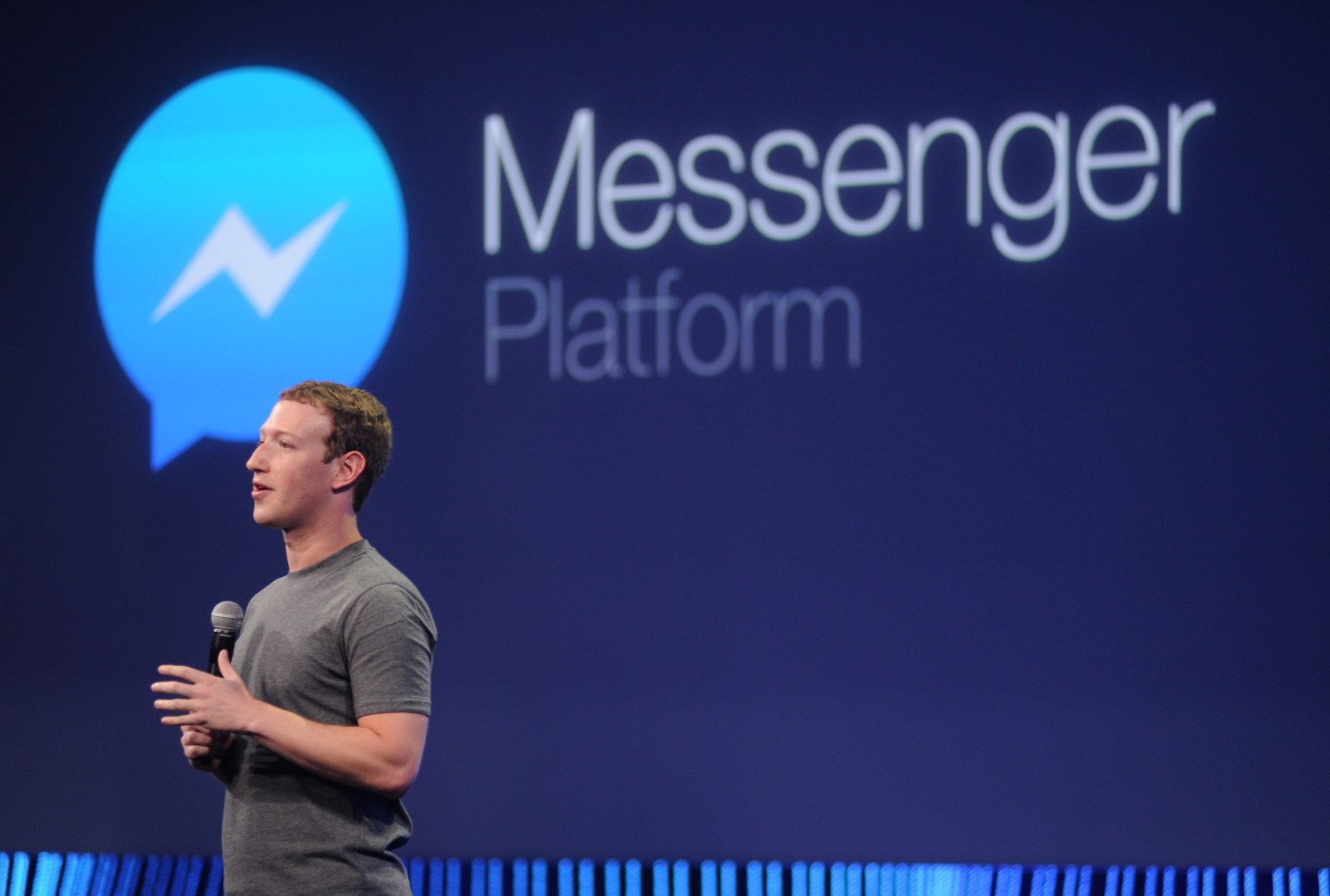 The feature is part of Facebook’s quest to take over the basic communications functions on people’s phones.

According to a Messenger team post on the social network, the feature is intended to save people from having to “go to different screens on your phone to communicate.”

The team stressed that Facebook will not store people’s SMS messages on its servers, and regular texting fees will apply—this is just a front-end for the standard SMS service. People can send images, video, stickers and locations using the feature, but not GIFs or payments.

In the comments on the post, the team also answered a question about availability for Apple’s (AAPL) iPhones. “iOS doesn’t currently support app permissions for accessing text messages,” the Messenger team wrote, while pointing out that the recipient of the SMS can be on any platform.

This isn’t the first time Facebook has tried adding this feature to Messenger. In fact, it dropped the app’s SMS messaging functionality in 2013, a year after it launched it, because it “just didn’t take off.”

“A few years we tried something similar for Messenger,” the team wrote on Tuesday. “However, updates to Android since that time have made this easier to support.”

Mobile operators are already seeing declining SMS revenues as people switch to cheaper Internet-based alternatives such as Messenger and WhatsApp.

By becoming the interface for Android users’ SMS activities, Facebook is assimilating the functionality of telco-controlled communications, and ultimately seizing power from its legacy rivals. After all, if you’re using SMS from within Messenger, you’ll have the arguably more attractive alternative right in front of you the whole time.