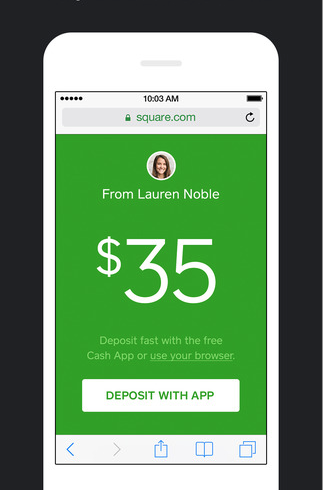 If you so choose, you will soon be able to send money to friends and family via Apple’s iMessage, powered by Square’s payments app, Square Cash.

Announced at Apple’s annual Worldwide Developers Conference on Monday, the feature is part of Apple‘s plan to encourage developers to build apps integrated into iMessage.

Payments company Square (SQ) has built an payments app for iMessage, which is an extension of its app Square Cash, which lets anyone with a credit or debit card send money to another person. Once the customer has downloaded the Square Cash for iMessage app from the Apple App Store, he or she can open Square Cash with iMessage, enter the message recipient and how much money should be sent. The final step is just to press send, all without leaving the conversation.

Square Cash users will also be able to ask Apple’s digital virtual assistant, Siri, to send any amount of money to a friend through the digital payments service. Upon making a request to Siri, the Siri interface will pop up on the iPhone, asking to confirm the money sent and amount.

“We’re excited once again to work with Apple to make payments easier than ever, this time with Square Cash. Whether you’re using Messages or Siri to send Square Cash, or paying with Apple Pay at a Square seller, Square makes payments fast and easy for Apple customers,” a spokesperson for Square said in a statement.

Square’s new features for iMessage and Siri, expected to roll out with the release of iOS 10 this fall, are interesting because Apple was reportedly working on a new peer-to-peer payments technology that would compete with Square Cash. In December, Bloomberg reported that Apple was working on a way for users of its Apple Pay payment system to send money to each other.