Donald Trump Says He Won’t Pay Lousy Contractors. Should You? 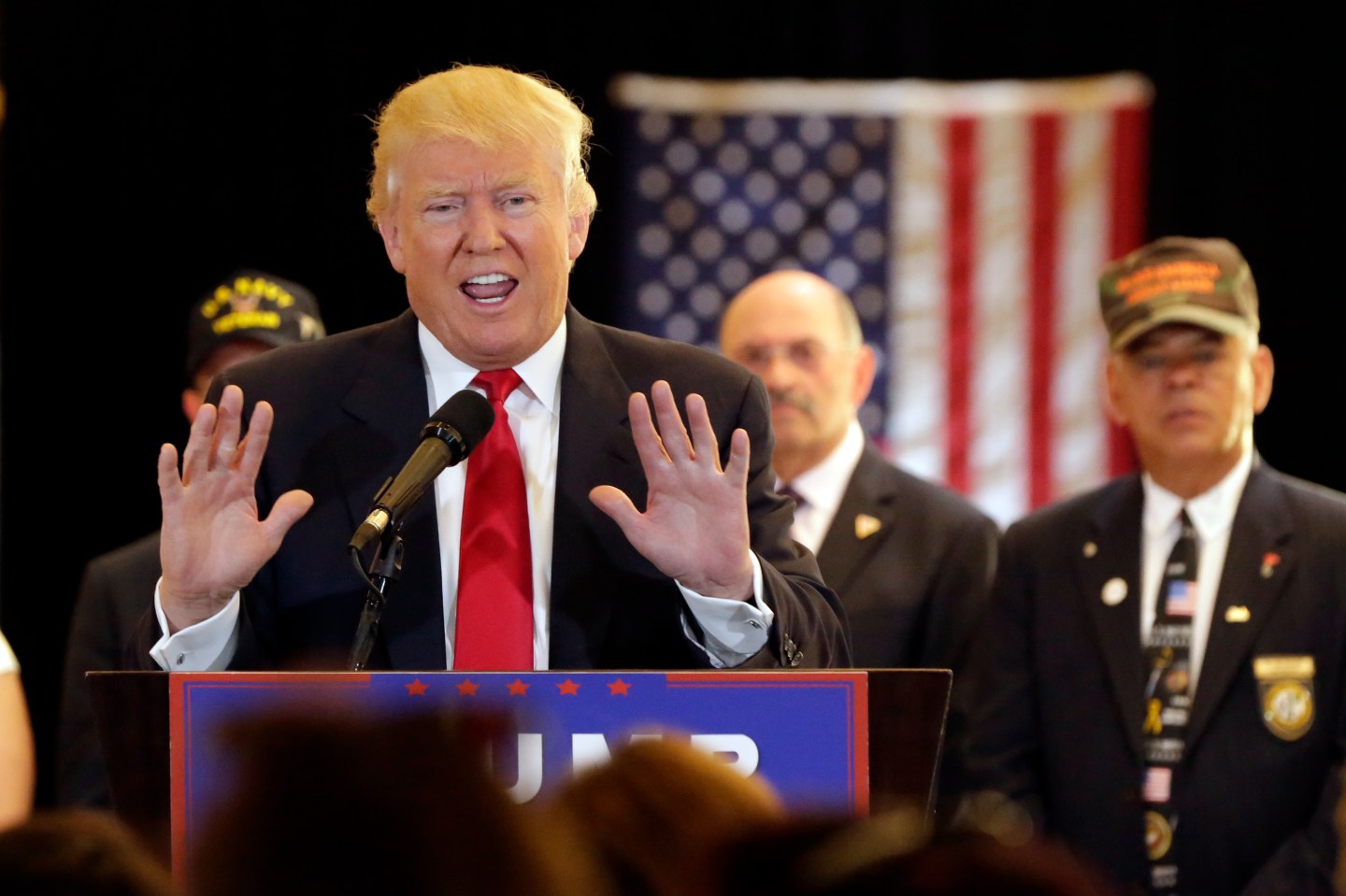 USA Today reported Thursday that Trump has refused to pay hundreds of contractors – from carpenters to painters to even his own lawyers. Trump and his companies face 60 or more lawsuits as well as liens and judgments.

The presidential hopeful apparently isn’t concerned. He told USA Today that he withholds payment when he isn’t pleased with the work. “Let’s say that they do a job that’s not good, or a job that they didn’t finish, or a job that was way late. I’ll deduct from their contract, absolutely. That’s what the country should be doing.”

While that may seem like an a-ha moment for anyone who has had to contend with shoddy work by contractors, legal experts say they have to tread carefully when deciding to withhold payment, particularly if expectations aren’t spelled out in the contract ahead of time.

“It all depends on what the contract says,” says James DeCristofaro, a New York City-based attorney who specializes in commercial litigation. “If there is a satisfaction clause or clauses that give [the owner] the right to inspect and improve the work and it doesn’t meet the level of quality, then there is a basis for not paying for substandard work.” But if the contract doesn’t state the owner has the right to inspect and have the contractor improve on the work, then they could be setting themselves up to have to defend themselves in a court of law if they don’t pay up.

Withholding payment in the construction industry is particularly troublesome because the contractor has the right to place a lien against the property, which means the owner can’t refinance or sell the property until the lean is satisfied.

Whether or not to pay your contractor is going to depend a lot on how bad the work was. If the contractor met its obligations but you aren’t happy with the output, it’s going to be tough to defend a breach of contract, says Daniel Knox, the founding principal at Knox Law Group PC, a full-service law firm in New York City. But if the work was clearly inadequate then withholding payment could be worth it. “If what you hired them to do caused more harm than good then in that case you shouldn’t pay them,” says Knox.

For contractors like the hundreds reportedly being stiffed by Trump, it’s important to figure out if it’s worth it to go after the unpaid bill. Contractors should do a cost benefit analysis to determine if the money it will take to attempt to collect the payment is less than the actual amount they are owed, says Knox.

Related: How Trump’s Debt Addiction Crushed the Biggest Company He Ever Ran

If the answer is yes, there are a couple of steps they can take including sending out a letter demanding payment by a specified date. That gives the other side the opportunity to provide a basis for why they are not paying and hopefully open the door to a consensual resolution, says DeCristofaro. If that doesn’t elicit the correct response, he says the next step is to file a lawsuit or if possible enter into mediation, which can be a lower cost road to take.

“In litigation, people get very emotional and emotion drives a lot of it,” says DeCristofaro. “Mediators tend to make strong enemies shake hands and they are a less expensive and confidential alternative to litigation.”