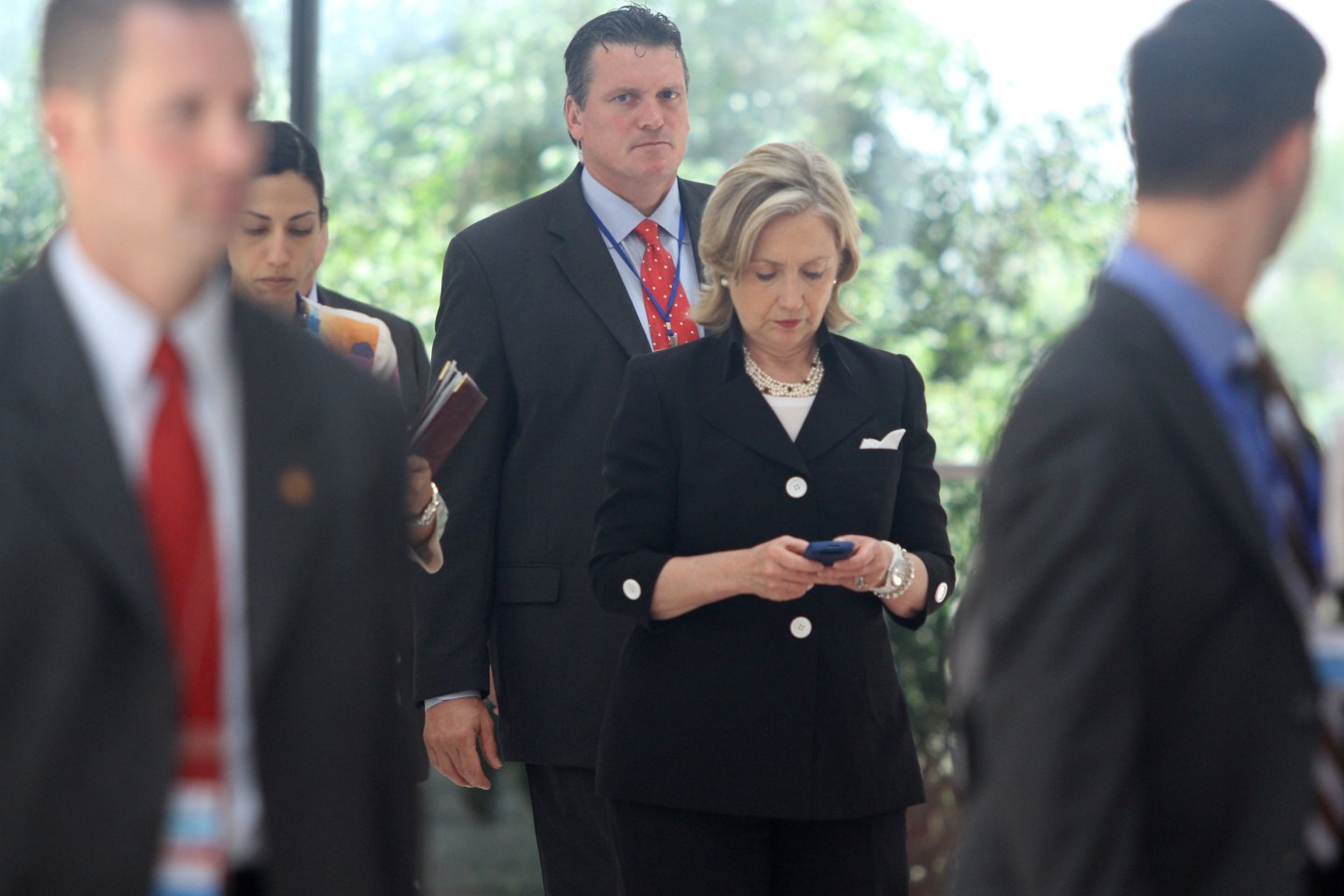 After Clinton’s campaign released the video of Obama voicing support for her bid for the White House, Donald Trump tweeted that a Clinton administration would just be a continuation of the current regime.

Obama just endorsed Crooked Hillary. He wants four more years of Obama—but nobody else does!

Clinton’s camp then responded with what Mashable described as “the ultimate Internet burn.”

How long did it take your staff of 823 people to think that up–and where are your 33,000 emails that you deleted? https://t.co/gECLNtQizQ

.@HillaryClinton If anyone knows how to use a delete key, it's you.

Priebus’ tweet was a reference to Clinton’s admission in March 2015 that of the 60,000 messages in the private email system she used while secretary of state, half were “personal,” and she decided “not to keep” them. The emails Clinton sent and received on her private server have dogged her presidential campaign since the get-go, and they will no doubt be a frequent talking point for Trump in the general contest.

Both candidates, who have essentially locked up their parties’ nominations, have used Twitter (TWTR) to attack each other before, but Thursday’s sparring was particularly direct, proving—if nothing else—that the 2016 presidential cycle is unorthodox and unprecedented on just about every level and there are still five months to go.