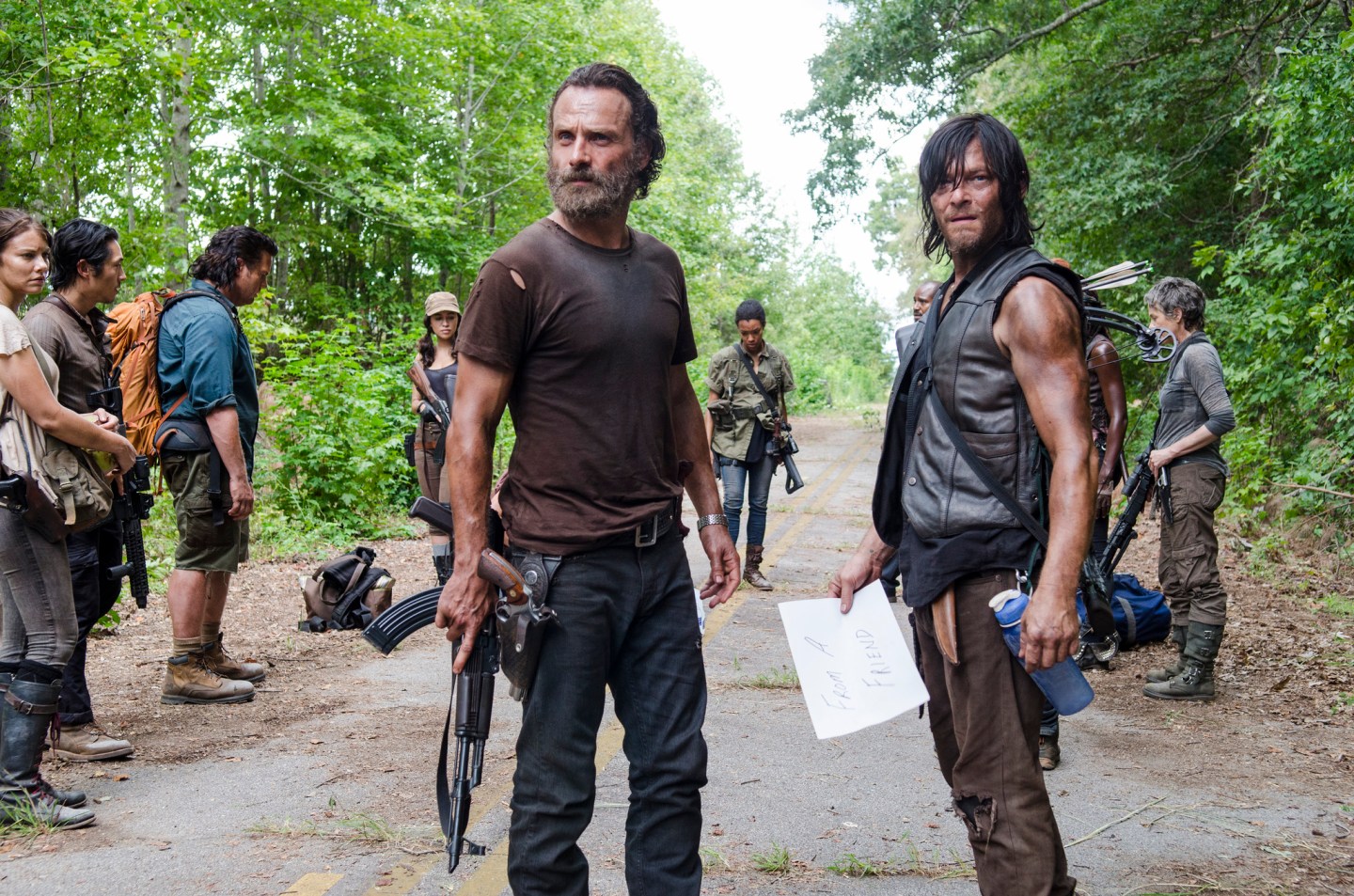 The question that Josh Sapan, CEO of AMC Networks, often gets asked: What are you going to do when The Walking Dead is over? After all, it is not only AMC’s most popular show — it is basic cable’s most-watched show ever.

On Thursday, speaking at an entertainment industry conference, Sapan tried to brush off the notion that AMC’s content well could run dry when the apocalyptic zombie show, inevitably, goes off the air. “‘Aren’t you going to be challenged?'” Sapan said he is often asked. “My answer is ‘Yes, to a degree, but not profoundly.'”

The CEO of AMC(”AMCX”)admitted that his company’s advertising revenues “would likely not be as much” were The Walking Dead to suddenly disappear from the network’s lineup. (It’s not happening anytime soon, as the monster hit will be back for a seventh season this year.) But, Sapan was also adamant that the prospect of life without The Walking Dead is not as daunting as some in the press would make it out to be, and also that AMC has been down this road before—most notably in after Breaking Bad and Mad Men ended their network runs in 2013 and 2015, respectively.

The strategy AMC has relied on is to capitalize on the popularity of The Walking Dead—which averaged about 18 million viewers per episode in its sixth season—by leveraging the show’s massive audience to launch the network’s next generation of hit shows. AMC has already done this by blatantly piggy-backing on The Walking Dead’s popularity with a spin-off, Fear the Walking Dead, that debuted last fall with a record-setting premiere for a basic cable series and has already been ordered for a third season.

“The best thing to have to introduce a new show is [an already] strong show,” Sapan said at the Gabelli & Company conference, adding “we plan to take massive advantage” of its current top hit.

Meanwhile, AMC is also hoping that it can follow a similar content strategy as it did with The Walking Dead—adapting a comic book with a cult following into a live-action series with darkly supernatural elements—to find success with another new series, Preacher, which premiered last month.

AMC put Preacher in the same Sunday night time slot that has proven to be a winner with both Walking Dead series, as well as with many other networks’ cable shows, drawing decent ratings as well as glowing reviews from critics.

Sapan also told the crowd at the Gabelli & Company conference that AMC has strengthened its position in recent years by taking more ownership over its series through in-house studio AMC Studios, which owns the rights to The Walking Dead and can further monetize series down the road through foreign distribution and by selling streaming rights.