How the Republican Party Can Avoid Death by Trump 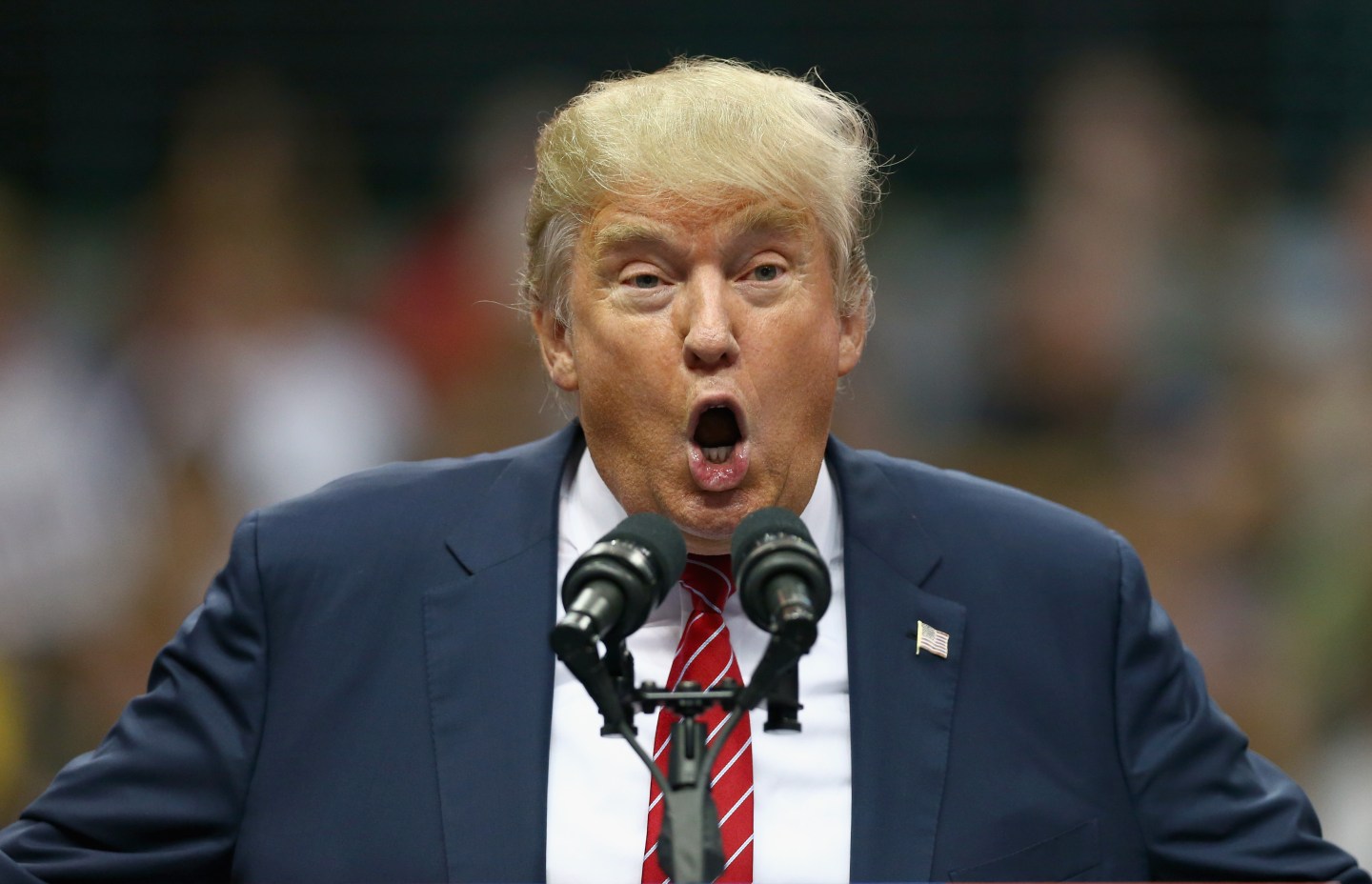 Both the left and the right have already written the obituary for the Republican Party multiple times this election cycle.

The last time journalists from both parties agreed on such a serious matter was…never. And indeed, to all appearances, the truth about the health of the Republican Party is much more murky, complex, and fetid than its leadership will publicly admit.

Still, while the patient may be wheezing, coughing, and barely conscious, there is a way forward that will stave off the wake we’ve heard so much about. Here’s how.

Republican leaders want to have it both ways: They publicly distance themselves from Donald Trump’s increasingly surreal and disturbing comments but refuse to take meaningful action. On Tuesday, for example, House Speaker Paul Ryan said this about Trump’s verbal attack of Judge Gonzalo Curiel:

Claiming a person can’t do their job because of their race is sort of like the textbook definition of a racist comment. I think that should be absolutely disavowed. It’s absolutely unacceptable. But do I believe that Hillary Clinton is the answer? No, I do not.

With this response, Mr. Ryan is essentially saying, “Racism is bad, but Hillary as our next president is worse.” This supposed strategy to win the election is bound to backfire, because Ryan and his colleagues have refused to accept a simple and unassailable truth. That is, that the party has failed to make good on its promise to be more inclusive.

After Barack Obama was elected and then re-elected, Republicans claimed to be doing some serious soul-searching about how their nominees failed to capture the White House.

The leadership issued a report, the Growth & Opportunity Project, which included over 200 recommendations. Of those, The American Conservative listed “minority outreach” as one of its five most important takeaways. But leaders like Ryan, who merely express disapproval in regard to Trump’s appalling comments about Judge Curiel, render the Project’s directive meaningless.

Move Forward by Looking Back

Donald Trump’s views on race represent a difference in degree, not in kind, from the Republican Party’s ideology of the past several decades. Trump’s ascendancy represents “the chickens coming home to roost,” notes Edward T. O’Donnell, an associate professor of history at the College of the Holy Cross in Worcester, Mass. The party, says Professor O’Donnell, “has used racial fear and racial animosity to their advantage, and Trump is the monster that they inadvertently created.” Heather Digby Parton provides examples of this in her Salon article, “GOP’s grotesque racist ads: Why it just can’t escape its ugly history.”

If the Republican leadership really wants to minimize the damage of Trump’s nomination and increase its chances of having a significant political presence from here on, it need look no further than its own recommendations about how to move forward. This calls for a two-pronged approach:

First, repudiate the strategies that worked in the past. Second, demonstrate that the party is truly inclusive.

If Republican strategist Lee Atwater, the man behind the inflammatory Willie Horton ads run against Democratic presidential nominee Michael Dukakis, can denounce his own successful-but-troublesome campaigns—as he did toward the end of his life—then the current leadership can do so too. But for that denunciation to have any teeth, party leadership must conduct its outreach programs to underserved communities in good faith and then make good on its promises.

That last part is what usually trips up politicians once they come into power, but the GOP can no longer afford to be cavalier about the promises it makes.

It’s not enough for a few prominent Republicans like Paul Ryan, Mitch McConnell, and Newt Gingrich to decry what Donald Trump embodies. Every Republican who is rightly troubled by Trump’s xenophobia needs to speak up.

“I cannot imagine that anyone at the Republican state committee in New York would say anything critical about Trump, at least not on the record, because they would not want to eat his vitriol,” Republican political consultant Jay Townsend told me. “I can also tell you that many Republicans who are on the ballot this year are in a perpetual state of anxiety about what Trump is going to say next.”

I’m reminded of what German theologian Martin Niemöller said about keeping quiet in the face of a dire social threat:

Niemöller was referring to the Second World War, but his point remains relevant.

It may be impossible to block Donald Trump’s nomination as the Republican Party presidential candidate, but it’s not impossible for the party to reemerge as a vibrant and necessary institution in our democracy. For that to happen, though, everyone who opposes what Trump represents must have the courage to answer two questions:

—How did it come to this?
—What can we do to honor the pledge we made to ourselves several years ago?

Otherwise, those GOP obituaries will turn out to be right on target, and Republicans will have no one to blame but themselves.