What Every Company Needs to Stop Being so Afraid of 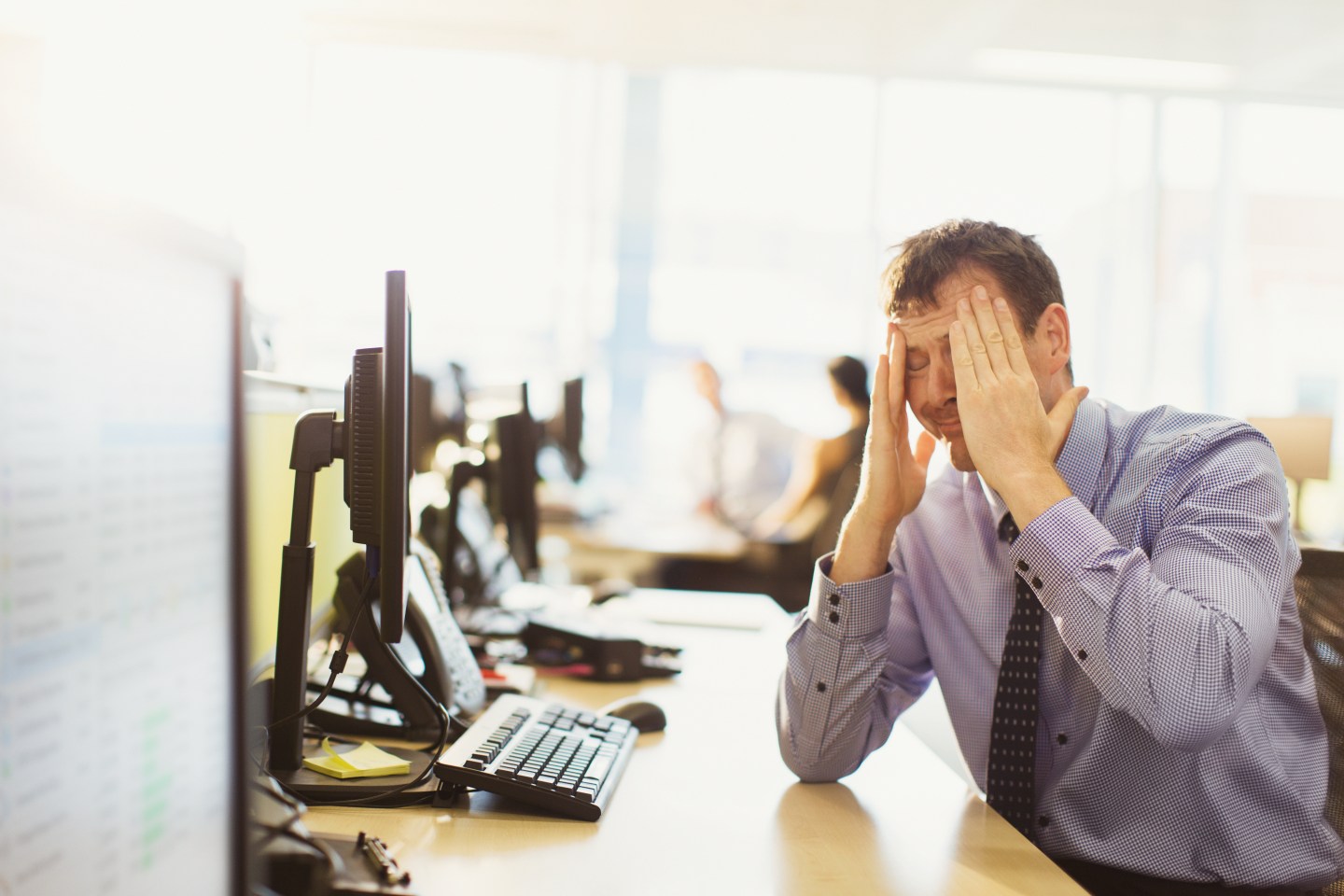 The Leadership Insiders network is an online community where the most thoughtful and influential people in business contribute answers to timely questions about careers and leadership. Today’s answer to the question “Why is it important to embrace imperfection in professional development?” is written by Ryan Smith, CEO and founder of Qualtrics.

If you follow the tech news cycle, you’ve seen countless headlines talking about failure as a rite of passage in Silicon Valley. Steve Jobs was fired from Apple (AAPL) before creating some of the devices that have changed humanity. Thomas Edison experimented with more than 10,000 different light bulbs before he made one that worked. Reid Hoffman, Jeff Bezos, and Peter Thiel all launched failed startups before achieving massive success. I don’t think failure is talked about enough.

Most young founders have rarely experienced failure, which makes digesting these lessons and examples difficult. I’d even guess that nine out of 10 founders believe that their company will be the one in 10 that succeeds. When we look at our own results, ego gets in the way. And just as we rarely accept our own shortcomings, we expect even more of our colleagues and employees.

One key lesson I’ve learned in my 14-year journey at Qualtrics has been that as a leader in any role, you have to make it safe to fail. When taking on ambitious projects, you have to treat failure as part of the learning process, because if you are going to get anywhere worth going, you have to stick your neck out. You have to experiment and iterate. Often that means failing on your way to success. That means your team needs the freedom to fail and pivot quickly. I would even argue that our startup is built from hundreds of little pivots—or little failures.

See also: These Are the Types Of Work Mistakes You Should Really Worry About

At Qualtrics, transparency is one of our five company values. Even as we’ve grown to more than 1,100 employees, we’ve built in time to share our failures publicly and have a segment called “whoops” during our weekly meetings. During this time, employees volunteer to tell the entire company recent stories of failure and embarrassment at work. The company then votes to determine who gains ownership of a stuffed animal monkey named “whoops” for the week. Employees are able to cathartically share their stories and learn how to move on from these mistakes, which happen both with colleagues and high-profile clients. I really appreciate those around me who are patient with me as I fail, because at the end of the day, we are all trying our hardest.

To use a sports analogy, we all need to be like quarterbacks. They all throw interceptions from time to time and walk off the field completely deflated. The best quarterbacks are the ones who will get right back out there, throw the same pass, and complete it. Success and confidence often come from having a short memory.

At Qualtrics, we grow the vast majority of our talent, and failure is an essential ingredient when growing talent. When a team can’t mess up, they don’t build muscle memory. They figure out good solutions to problems, but never push themselves to experiment in order to find the best solutions, because they’re afraid to experiment, iterate, and ultimately innovate. By making it safe to fail, you empower employees to punch way above their weight class.

Embracing failure can’t be limited to low-stakes situations. Being a hyper-growth company, Qualtrics is constantly standing up and growing new teams. With the need to move fast, we’re faced with tough decisions: Either sit back and shy away from risk, or accept that we’ll correct our imperfections and knowledge gaps along the way.

My biggest fear as a CEO is that people will stop pushing the boundaries. Some of my biggest regrets are when I had a big idea and didn’t hop on it fast enough or go all the way because I was afraid of failing. If every bet, every hire, every product release, and every acquisition is safe, it’s pretty clear that we are not going to change the world. We don’t always need the smartest, most talented, and most experienced employees. What we do need is to have the fastest learners. We need people who are willing to take smart risks and help us stay on the cutting edge. The team needs to learn from mistakes and, through these experiences, everyone will be able to learn to anticipate mistakes that are coming. When we stop trying new things, I’ll know I’ve done something wrong. For now, we will keep on pushing the boundaries of failure.