Is This App the Antidote to ‘Death by PowerPoint’? 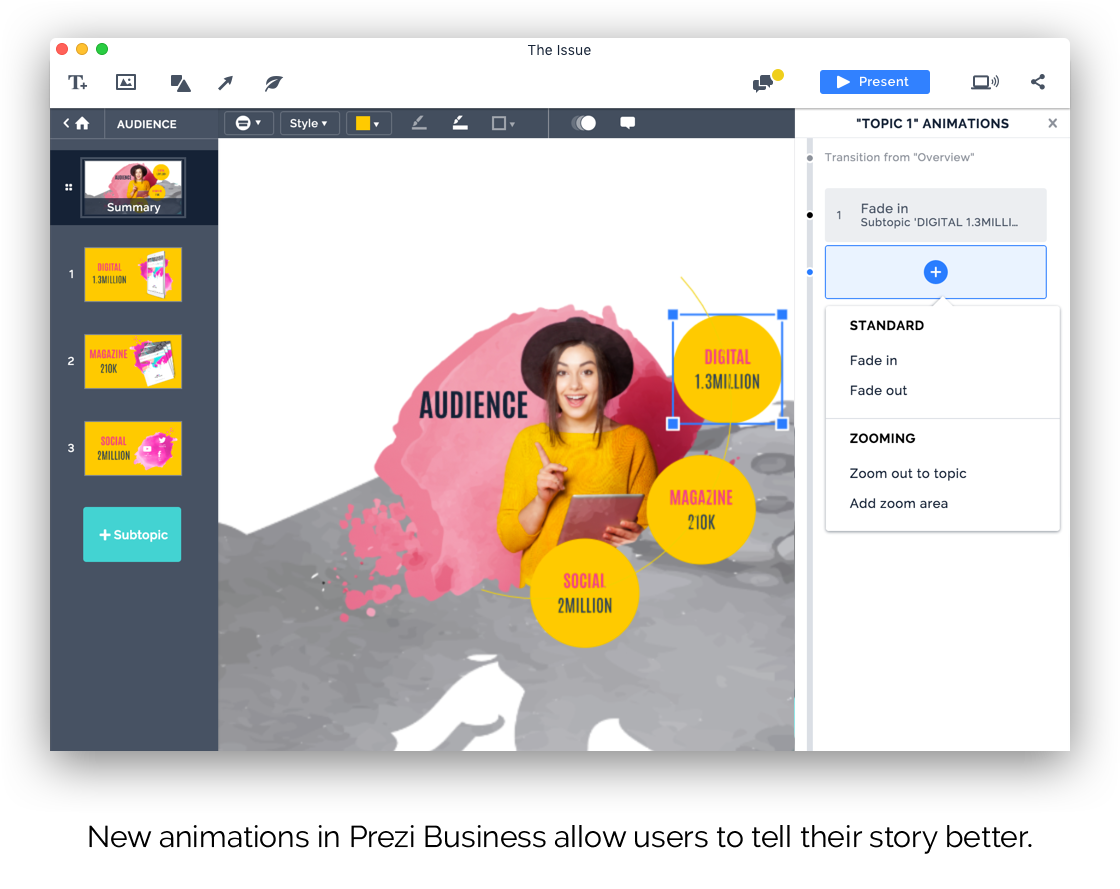 This story was updated June 7 to clarify the number of companies that pay for Prezi’s team edition.

Prezi, which sells a presentation app that competes with Microsoft PowerPoint, is angling for more business customers.

Although it has managed to build a following 75 million individual registered users who have created an estimated 260 million presentations over the past seven years, Prezi has failed to sign up many corporate accounts, relative to that number. An estimated 8,000 companies pay for the team edition of its app.

Prezi’s relatively low adoption by corporations is largely due to the overwhelming dominance of Microsoft’s widely used slide show software, PowerPoint, which is bundled into the software giant’s Office suite and is installed on more than 1 billion computers worldwide. Prezi also competes against Google’s Slides app (GOOG) and Apple’s Keynote (AAPL).

Prezi’s pitch has been that audiences respond better to presentations that rely more on visual cues than on mind-numbing lists. Its service departs from the traditional slide show template that most widely used presentation apps focus on. Instead, people organize their ideas visually on a “canvas” using photos, graphics or key phrases. The presenter can drill down or “zoom” into these subjects based on what a particular audience requires, rather than being forced to stick to a linear presentation style.

The company, founded in 2009, has raised close to $73 million in funding. Its last investment round for $57 million came in November 2014 and was led by Accel Partners and Spectrum Equity. Prezi does not discuss its valuation.

“People will understand a talk more if you use fewer bullet points. It’s less tempting to read the text as someone is talking, less distracting, and you retain more,” said Peter Arvai, CEO and co-founder of the San Francisco-based company.

But Prezi has also given its product, Prezi Business, a slew of features specifically meant for teams. For example, when someone shares an online presentation, the software collects data about which images are being viewed and which slides audience members look at the longest. There are also a number of collaboration features including tools that let individuals leave comments. Prezi also integrates with the Slack messaging service so that Slack automatically sends alerts when someone comments on a presentation or uploads a new one.

Prezi’s long-term mission? Arvai says it’s his company’s mission to reach more than 2 billion users. To get there, it will definitely need to get beyond signing up one person at a time.