Yellen Speaks, California Votes, and Valeant Reports—5 Things to Look For in the Week Ahead 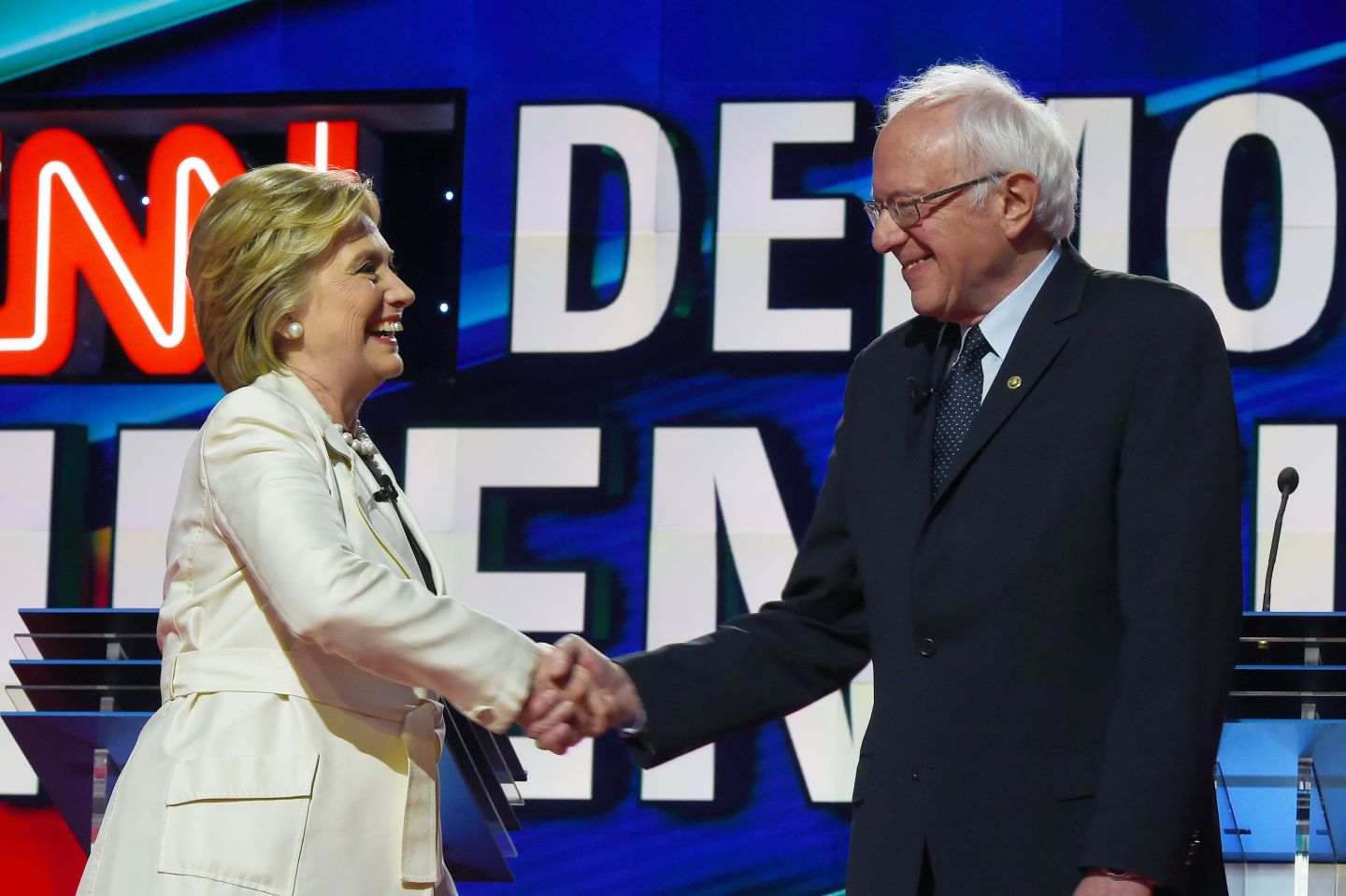 This week could bring further clues as to the timing of the Fed’s next interest rate hike, as Janet Yellen weighs in on the state of the economy after a weak jobs report. Meanwhile, Hillary Clinton and Bernie Sanders battle it out in California and beleaguered drugmaker Valeant says it will have a quarterly earnings report.

The Federal Reserve chair will speak on U.S. monetary policy the country’s economic outlook in Philadelphia on Monday. Yellen’s speech should shed some light on how the Fed views the economy, particularly in the wake of Friday’s surprisingly weak monthly employment report. Investors are keen to find out when the Fed will implement its next interest rate hike and Yellen’s speech comes a little more than a week ahead of Fed leaders’ mid-June meeting. While Fed officials had recently signaled that another rate hike was imminent, the weak hiring numbers in May have the potential to delay a move.

The GOP may already have its presumptive nominee in billionaire and former reality TV star Donald Trump, but Democratic party frontrunner Hillary Clinton has yet to fend off her lone remaining primary challenger, Bernie Sanders. Of the six states that go to the polls on Tuesday, California is by far the biggest prize for the presidential candidates, as the state carries with it more delegates than any other Democratic primary state. Of course, Clinton only needs a little more than 70 delegates to clinch the party’s nomination—a number she will almost certainly reach on Tuesday—but a Sanders win in California could keep the Vermont Senator’s campaign running while causing a major headache for Clinton.

Troubled Canadian drugmaker Valeant Pharmaceuticals (VRX) is scheduled to report first-quarter earnings on Tuesday despite claims from bondholders that the company is in default after delaying the release of its earnings. Valeant, which has come under fire for questionable accounting and pricing practices, has seen its shares shed more than 80% of their value in the past year and faces a debt load of $30 billion. Investors had been concerned that Valeant would delay its earnings filing, which could cause a debt default. Joseph Papa, who took over the company’s CEO role in less than two months ago, will look to address the drugmaker’s path forward and how he plans to navigate out of Valeant’s current quagmire.

JM Smucker (SJM) is expected to post fourth-quarter sales and profit that match up with Wall Street’s expectations on Thursday. The company, which makes its namesake fruit spreads as well as Folgers coffee and Jif peanut butter, likely benefitted from lower raw coffee costs that allowed Smucker to lower the prices of its packaged coffees to better compete with private-label brands. Meanwhile, yogawear retailer Lululemon Athletica (LULU) will release first-quarter numbers on Wednesday as the company’s leadership faces criticism from founder Chip Wilson, who recently called for changes to Lululemon’s board. Also on Wednesday, Canadian discount retailer Dollarama releases its first-quarter results at a time when the company plans to start carrying higher-priced items.

The NBA Finals and the NHL’s Stanley Cup Finals both continue this week, as professional basketball and hockey leagues look to crown their most recent champions. As Fortune noted last week, the NBA Finals represent a face-off between great players as well as two prominent athletic apparel brands, as Cleveland Cavaliers star LeBron James has a lucrative endorsement deal with Nike (NKE) while the Golden State Warriors’ MVP guard Stephen Curry is signed with Under Armour (UA).