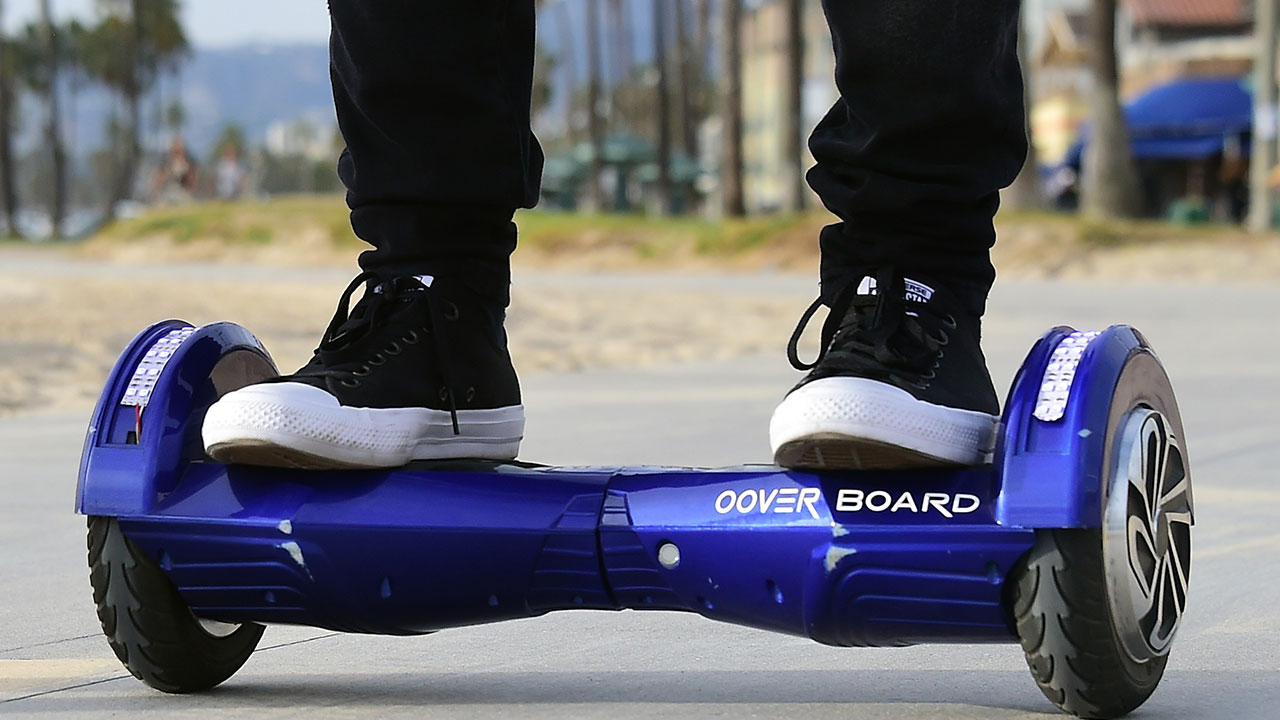 Hoverboards—you know, those motorized-skateboard-like devices that were prone to catching fire and exploding before being unceremoniously removed from store shelves last year—have found their way back onto Amazon.

Segway-owned Ninebot announced on Wednesday that it will start selling its miniPRO hoverboard in the U.S., Canada, and Mexico this month. Pre-sales have already begun on Amazon (AMZN) and official sales will start June 29 for $999—or $300 off the $1,299 list price.

While the miniPRO is a hoverboard, featuring self-balancing and wheels that make people feel like they’re “hovering,” Segway is loath to call it a hoverboard. Instead, the company says, awkwardly, that it’s a “self-balancing personal transporter.”

Whatever the name, hoverboards have been the subject of much controversy.

Last year, hoverboards became one of the more popular holiday items, with everyone from children to adults hoping to get their hands (or feet) on the devices. Sales were strong despite it quickly becoming clear that some of hoverboards were unsafe.

In some cases, the hoverboards would overheat and catch fire, and in some videos posted to YouTube, they would even appear to explode. Not long after, New York City made them illegal to use on sidewalks. Hoverboards were also banned from airlines for fear that they could explode mid-flight.

To avoid potential trouble last year, major retailers including Amazon started pulling hoverboards from their in-store and online store shelves. In January, Amazon agreed to refund any customer who had bought a hoverboard.

Meanwhile, organizations like UL, a company that certifies product safety, drafted voluntary guidelines that were intended to make hoverboards safer. In February, UL introduced the UL 2272 safety certification for the batteries used in hoverboards to limit the possibility of “fire and electric hazards.”

For more on hoverboards, watch:

Still, earlier this year, the future for hoverboards looked bleak because of their tarnished reputation with consumers. Segway, though, decided to push ahead anyway with its new hoverboard while emphasizing safety.

The company’s vice president of marketing and business development, Brian Buccella, said that the miniPRO was “carefully designed,” adding that it “recently earned UL’s coveted 2272 safety certification, which was very important to us.”

So, if you’re ready to ride and try your luck again with hoverboards, now’s your chance.