U.S. Auto Sales Took A Nosedive in May 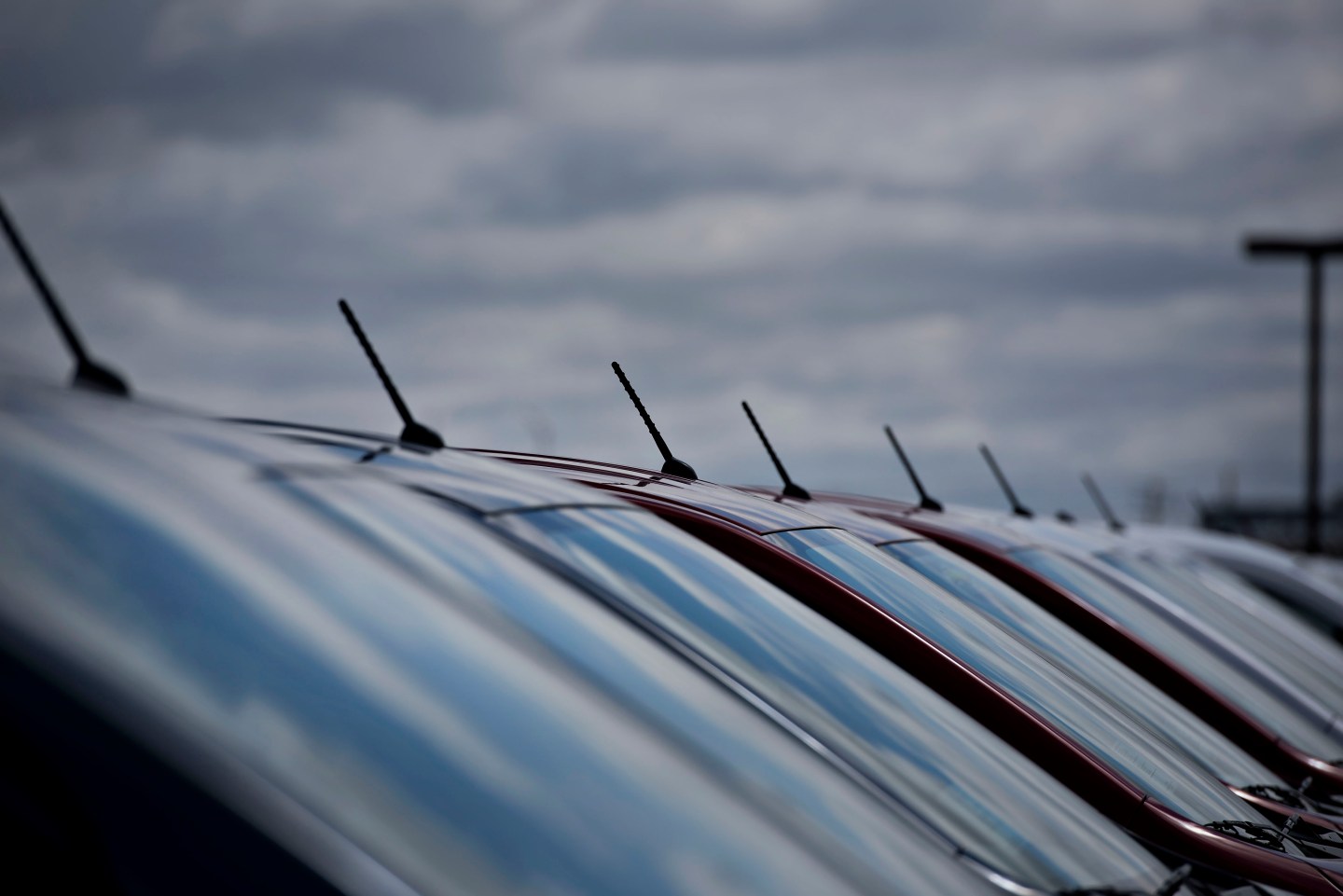 The U.S. auto industry took a nosedive in May, with General Motors, Ford, and other manufacturers reporting lower U.S. vehicle sales for the month due to weak demand for sedans and fewer selling days.

Ford (F), which on Wednesday reported a 6% drop to 235,997 vehicles from a year earlier, estimated a sales decrease of about 8% for the U.S. industry in May.

GM (GM), the largest U.S. automaker, said its sales fell 18% to 240,450 vehicles, a steeper decline than analysts had expected.

The sales reports spooked investors who have been on the lookout for weakness in the cyclical auto industry, which has been on an upswing since the Great Recession.

Shares of GM and Ford were down about 3% in the early afternoon. The broader S&P 500 and Dow Jones Industrial Average were down less than 0.2%.

Still, some analysts do not see the poor showing for May as the start of the anticipated weakness in auto sales, an early snapshot of consumer spending each month. Most analysts had expected a drop, in large part because of two fewer selling days and one less weekend this past month.

Trucks and SUVs, which generally offer higher profit margins, remained the U.S. industry’s most popular vehicles, to the detriment of traditional sedans.

The same can be said for the two other major U.S. automakers, GM and Fiat Chrysler Automobiles (FCAU), which also have strong lineups and sales of SUVs and pickup trucks.

Still, LMC Automotive analyst Jeff Schuster said that while midsize sedans made up a smaller share of the overall market, it was still sizeable.

GM had slowed production at three plants that make sedans, which hurt May sales, the company said.

A year ago, the Cruze compact sedan was GM’s top-selling car, but its sales fell 30% in May. The Malibu midsize sedan, which gained 13%, replaced it as the company’s best seller in that category.

Ford’s car sales fell 25%. Sales were essentially flat for its SUVs and up 9% for its trucks. Sales for the best-selling vehicle in the U.S. market, the company’s F-Series pickup, rose 9%.

FCA said its sales rose 1% to 204,452 vehicles on a 14% gain for its Jeep SUV brand. The company was the only major automaker in the U.S. market for which analysts had not expected a decline.

FCA’s Ram pickup truck sales fell 3% in May but were still up 8% for this year.

Forty economists polled by Thomson Reuters expect on average a seasonally adjusted selling rate of 17.3 million vehicles for May, not greatly changed from April but down from 17.8 million a year earlier.

In 2015, vehicle sales were a record 17.47 million vehicles, according to Autodata Corp.