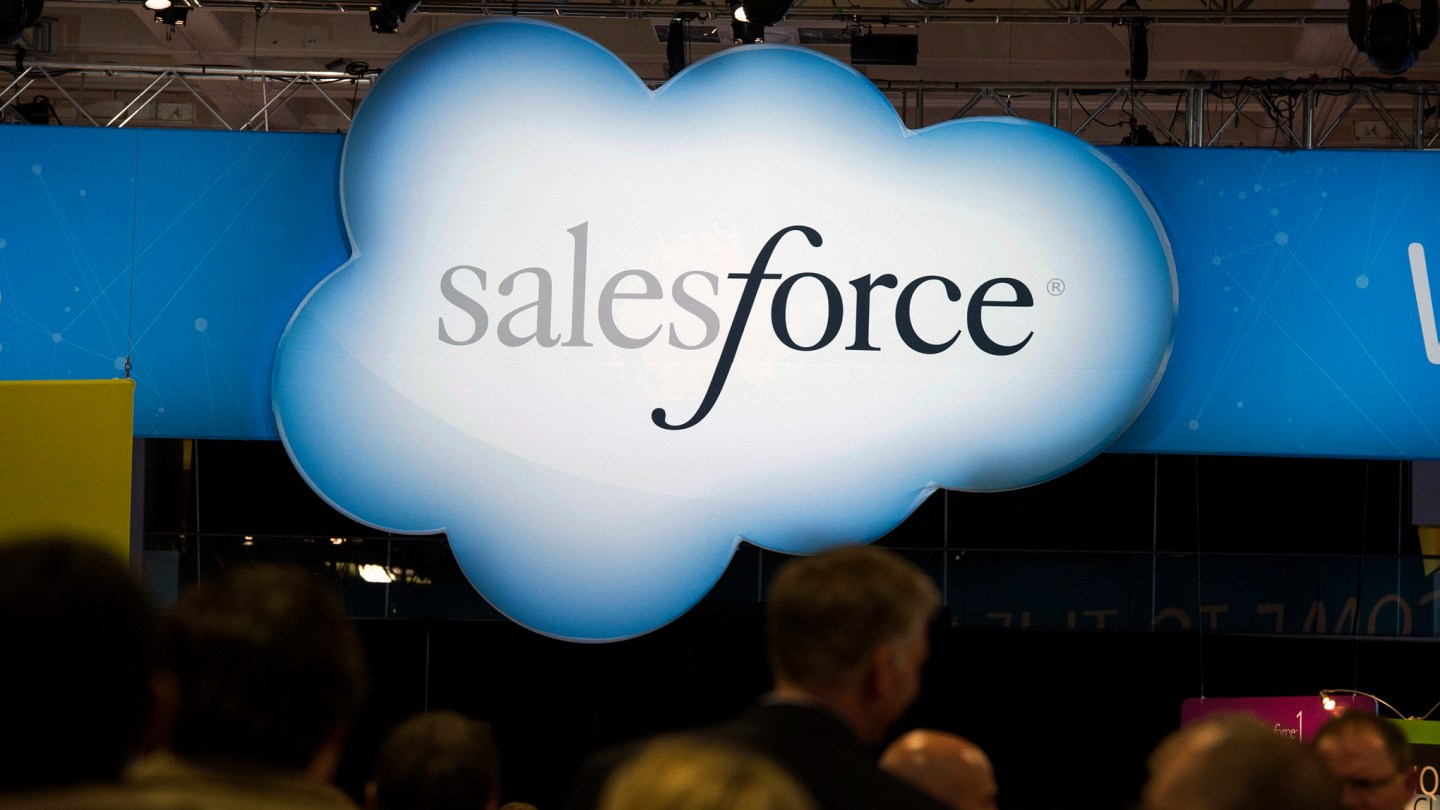 Attendees arrive to the Moscone Center during the DreamForce Conference in San Francisco, California, U.S., on Tuesday, Nov. 19, 2013. Salesforce.com Inc. introduced an overhauled version of its mobile software, seeking to ensure clients and partners will be able to use more features of the company√s sales, marketing and customer service software. Photographer: David Paul Morris/Bloomberg via Getty Images
Photograph by David Paul Morris — Bloomberg via Getty Images

Any time companies merge or acquire each other, there are obvious issues of combining or paring personnel and buildings. But there are also big, knotty problems around how their respective tech systems get knit together. That’s true of brick-and-mortar manufacturing companies as well as tech giants who traffic in more ethereal digital goods.

This is an issue that Salesforce (CRM) will have to address as part of its $2.8 billion acquisition of Demandware (DWRE), a company that sales e-commerce systems to retailers or product companies that sell their goods online. Customers include Lands’ End (LE) and L’Oreal.

But there may be a few mitigating factors in this case. As execs from both companies stated Wednesday morning, Salesforce and Demandware have partnered for a while and share quite a few customers, so they’ve probably dealt with some product integration already. Second, Salesforce (CRM) is a serial acquirer, having purchased 14 companies in the last three years by Crunchbase’s count, and 39 in total since Salesforce launched in 1998. It must know the drill by now.

For more, read: Salesforce Blurs the Line Between Community and Commerce

Salesforce learned a lot about integration from its $2.5 billion acquisition of ExactTarget, which was announced almost exactly three years ago today, according to Salesforce chief product officer Alex Dayon.

Given news last week that Salesforce will use Amazon’s public cloud instead of its own data centers to run more of its new and international software applications, things could get easier. Amazon (AMZN) Web Services, the cloud services arm of the retail giant, consists of masses of servers, storage, and networking running in data centers around the world that companies use to either augment or replace their own data centers.

Demandware is also somewhat diverse. It also runs Oracle databases on the backend but is increasingly tapping new age databases including MongoDB and ElasticSearch, according to a spokesman. Open source databases like MongoDB are less expensive than Oracle’s database. The spokesman also noted that Demandware relies primarily on its own infrastructure (meaning it runs its software on its own servers) supplemented by AWS for new products like predictive intelligence, so there is a definitive cloud element here. This Demandware slideshow from 2010 seems to indicate that a good chunk of Demandware either does or could run on AWS.

By virtue of its acquisitions as noted, Salesforce now has a lot of different technology running under the covers. Its Heroku software development unit, acquired six years ago, runs entirely on AWS and uses a lot of open-source PostgreSQL databases. Last fall, Salesforce said its nascent Internet of things cloud would run on AWS as well. Ditto SalesforceIQ, a version of Salesforce’s sales software for small and mid-sized companies.

Constellation Research analyst Holger Mueller said that the fact that both companies run Oracle (ORCL) databases on premises and (probably) on AWS as well, can smooth out some road bumps going forward.

“Demandware will run on the proven Salesforce legacy cloud—which runs on Oracle—or the future preferred cloud of AWS, which by the way runs Oracle too. You can run almost anything on AWS as long as the database is supported there. With that AWS option Salesforce has created for itself, I see fewer issues here,” he noted via email.

That is not to say that smooth sailing is guaranteed. As of now, the two companies, sell to a very different customer set, said Joel Fishbein, managing director for financial services firm BTIG.

For more on retail, watch:

Salesforce’s software is more customer facing, meaning that salespeople and marketers use it to track sales and interact with their customers or prospects. Demandware, on the other hand, is more backend infrastructure that is sold to big retailers or product companies. As Salesforce chief executive Marc Benioff said earlier today, Demandware’s e-commerce technolgoy can help all Salesforce customers “become Amazons.”

“Demandware is literally infrastructure, it takes someone’s whole ability to take stuff to market and puts it on the Internet,” Fishbein explained. “That could make things somewhat challenging.”

As a caveat, the little matter of Salesforce weighing a move off of Oracle databases is another rather large wrinkle here. Suffice it to say that AWS supports many database choices including SQL Server, Oracle, PostgresSQL, and MySQL as well as some Amazon-branded options. So a move to AWS doesn’t necessarily mean a database change for Salesforce over time, but it could facilitate it.