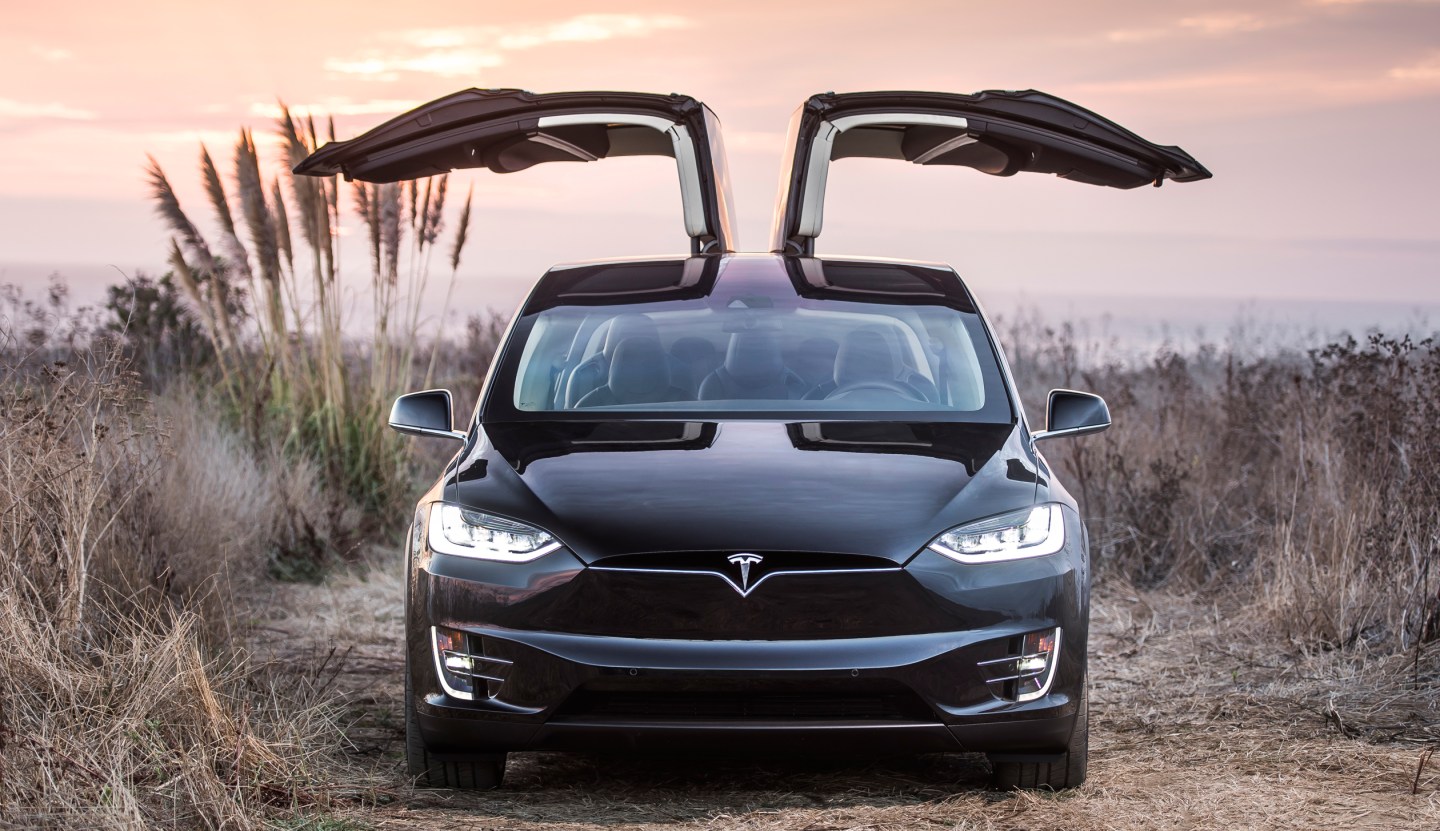 A California man who owns three Teslas is suing under the state’s “Lemon Law,” claiming the car maker must refund him $161,970 because its latest model has safety and feature flaws that can’t be fixed.

In a lawsuit filed this month in state court, Barrett Lyon, a 38 year old Internet entrepreneur, claims the doors of his Tesla Model X (TSLA) malfunction, and have smashed into his wife and into parked cars.

He also says software for the car’s auto-park feature doesn’t work properly, and shared a video with Fortune (see further below) that shows the car failing to drive autonomously into his garage, but stopping short instead.

Speaking by phone, Lyon says he remains a fan of the company, and that he still enjoys his first Tesla—the 24th ever made—and his Model S. But his latest experience wasn’t the same.

“I think they rushed the Model X out the door too quickly and as a result, there’s a number of issues—software problems and some hardware design issues,” he said. “I paid all this money for this car and I can’t depend on it.”

He added that Tesla engineers have yet to offer a solution, and that his service center, which Lyon usually finds excellent, can no longer offer a timely appointment because so many customers are also turning up with similar issues. As a result, he says felt he had no choice but to sue the company for breach of warranty and a reimbursement under a statute known as the “Lemon Law.”

Here is the video of Barrett trying to auto park the car:

Barrett said he felt he had no choice to sue Tesla after getting the “runaround” from the service center. A Tesla spokesperson responded to an email about the case with the following statement:

“We are looking into the service history of this car, but as a principle we are always willing to buy back a car in the rare event that there has been a problem with it that hasn’t been fixed. Our priority is making customers happy.”

Lyon’s lawsuit lists two recent visits to a Tesla service center near Sacramento, and describes a litany of issues including software crashes and doors that “would not stop closing.” It also describes the Model X’s AutoPilot feature, which other drivers have blamed for crashes, as “extremely dangerous” in the rain.

A recent report in Wired describes similar issues as those in Lyon’s lawsuit, plus several others.

Lyon thinks Tesla will eventually work out the alleged bugs in the Model X, but added the company should reconsider its pace of production.”

“Tesla has got used to this Silicon Valley concept of releasing a product and improving it over for time. That backfires on this kind of car.”